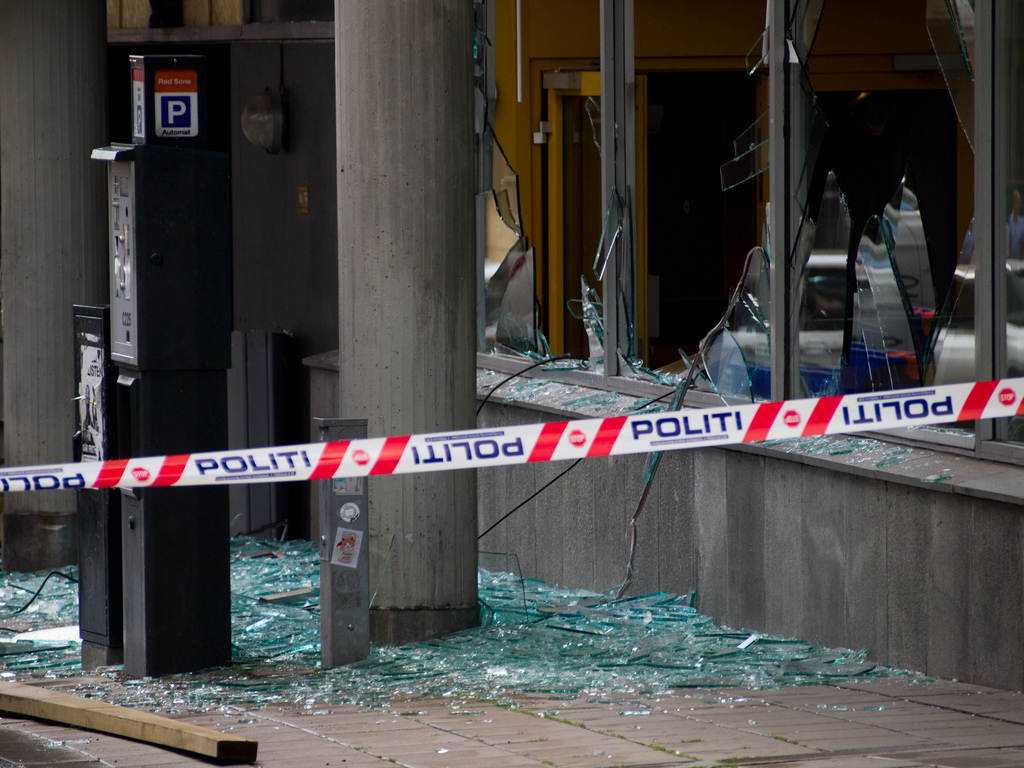 When I boarded the plane in Stockholm to fly to Oslo recently, no one asked me to show my ID. This stunned me–all the more so when I noticed the Swedish Crown Princess Victoria and her husband Daniel boarding the same plane.

I was on my way back to Oslo five weeks after the July 22 attacks that made headlines around the world, covering the story for Swiss radio. A young man of Norwegian origin with a background in the political far right bombed the Oslo governmental blocks–leaving 8 people dead–and massacred 69 people at a summer cap of the ruling Labor Party. The morning of his attack, the 32-year-old terrorist, Anders Behring Breivik, had uploaded his 1500-page manifesto onto the internet, in which he announced the start of a “global civil war” between Christianity and Islam. He described in the document how he had planned these attacks–the worst terrorist act in this peaceful and rich country since the Nazi occupation–for almost 10 years.

This same decade was when the world experienced searing terrorist attacks that each got a shorthand: “9/11,” “M-11,” “Double Seven.” Thousands of people lost their lives in attempts by terrorists to trigger some sort of global civil war between ideologies, religious beliefs and cultures.

The reaction to this by the attacked countries has been strong and bold–new wars far from the sites of the original attacks and new limitations on freedoms at home.

This has produced a global politics of fear. The U.S., with its declaration by former President Bush of a “war on terror,” distinguished itself, for the worse, by meeting terrorist violence with state violence. But even on European soil, the March 11, 2004 bombings of suburban trains in Madrid and the July 7, 2005 bus bombings in London soil prompted governments to suspend some civic freedoms, boost surveillance and increase immigration controls. The reaction showed that terrorists had realized one of their goals: undermining democracy.

The Oslo attacks could have joined the list of terrorist successes. Except the Norwegians refuse to let them.

There are still seas of flowers around the main churches in the Norwegian capital, and the bombed headquarters of the national government will not be operational before early 2013. Yet what is most striking about Oslo is that people here are lowering barriers, not raising them.

My plane ride was only one example. After I landed in Oslo, I did not see any special security at Gardemoen Airport. The same picture in downtown Oslo: almost no police were out on the streets. Strategic buildings such as the Parliament, the Central Railway station and the Central Bank Headquarters remained unprotected by security and broadly open to the public.

All this is not by accident. The first reaction by Prime Minister Jens Stoltenberg to the bombings and massacre was not “We fight back.” He did not promise more security. No, the only things that Stoltenberg pledged were “more democracy” and “more openness.”

“We need to talk together much more than before and to express our views and opinions,” the prime minister said. He emphasized that no one should be isolated or left out: “An open political dialogue is the best insurance against any form of violence.”

There has been legitimate criticism of the Norwegian ability to detect terrorist attacks. Some naïveté has been exposed. When Anders Behring Breivik conducted his attacks on July 22, out of 2300 police officers in the Capital of Oslos, only four were on duty. The rest were on vacation or off duty, late on a typically quiet summer Friday afternoon.

And during the massacre at the Labor summer camp, the police had no helicopters or boats available to respond. Law enforcement could not communicate well with each other. These failures are now being examined by an independent commission. Some things may change. Police levels may be increased. Surveillance of extremist circles may be stepped up. The accessibility of some governmental buildings in downtown Oslo could be limited, slightly.

However, the government has made clear that it will limit any changes and stick to its strategy: keep society open and promote the political dialogue. The government has suggested that this might be the moment to consider broader political reform in Norway to make the system even more democratic.

This Norwegian approach offers a global counter-example of replacing the politics of deterrence, counter-attack and fear with the opposite: more openness.

This is not what terrorists would like to achieve. And that is why the Norwegian answer to terrorism is the only right one.

Bruno Kaufmann is a broadcast journalist based in Sweden, from where is covering Northern European Affairs for the Swiss Broadcasting Company. He can be contacted at kaufmann@mailbox.euromail.se.