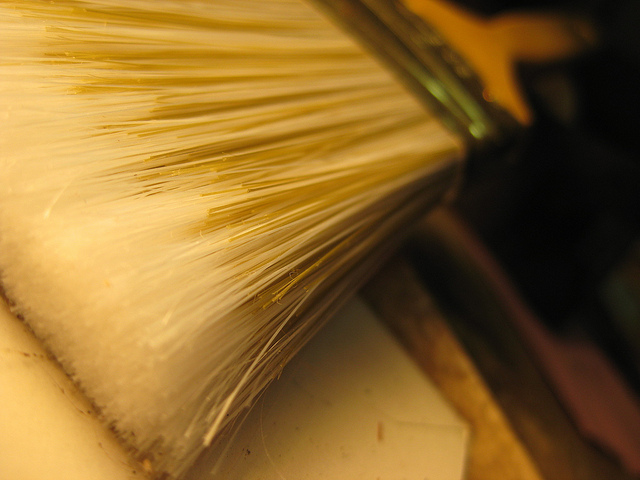 The mother in the movie Mother would kill for her son.

Not so my mother, who, if anything went wrong,
laid blame squarely on me. If a kid hit me,
I probably deserved it. And why was I bothering her anyway?
And how about hitting him back? That never worked out well for me.
One kid boxed my ears so expertly, leaving no bruises
but a pain in my head so excruciating you’d think
he was professionally trained in torture.
A thousand of me felled into myself like swimmers
choreographed to look like the petals of a closing flower.
I held in my tears.
I confess that when I was six years old
I snuck into the house they were building next door
and painted the walls myself.
I mixed pink insulation with several cans of paint
and reached as high as a six year old could
to spread my personal vision across the newly built house.
Still, I was surprised when police officers
came knocking at our door, asking to speak to my mother.
I hid in the garage waiting to be turned in,
envisioning a life behind bars with awful food on metal trays
and baggy clothes that practically dripped off me.
But no one called for me. Not for questions, or punishment.
Not a word was mentioned but there was plenty of talk
around the neighborhood about who the vandals probable were
and what they had done.
I never told my mother,
and eventually it seemed too silly
to bring up at all. Would she even remember?
But now, for some reason, I wish I could ask her,
if she protected me from the law that day
or if she just thought her little angel was incapable of the destruction
I did so easily and dutifully, with hardly any effort at all?

Henry Israeli is the president and publisher of Saturnalia Books. He is the author of New Messiahs and Praying to the Black Cat. He is also editor and co-translator of Luljeta Lleshanaku’s Fresco: Selected Poetry of Luljeta Lleshanaku; Child of Nature; and Haywire: New and Selected Poems. In 2001, he received an NEA grant for poetry translation. He teaches in the English Department at Drexel University.