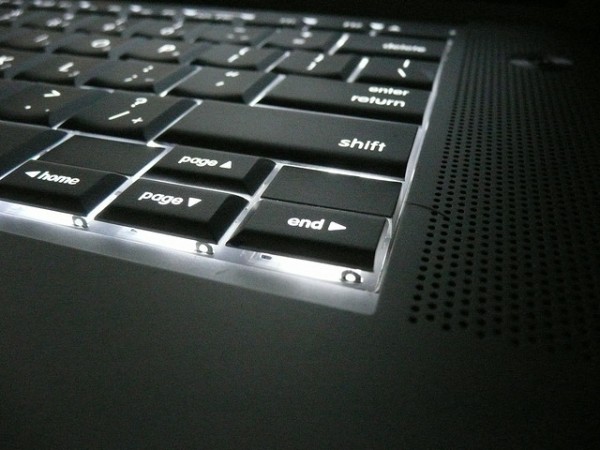 Our increasing connectedness has been affecting our lives in dramatic ways. It’s also been shaping our politics. In 2008, for instance, new technology helped to vault a non-leading presidential candidate, Barack Obama, into first place. But is the new ease of connectivity likely to lead to improvements in how we approach our politics? In advance of the Zócalo event “Can Technology Save California Governments?”, several authors and scholars weigh in on the political opportunities and pitfalls of our new technologies. Will they encourage better political engagement?

Yes, but the trouble is that political engagement crashes on the rocks of our government bureaucracy

It is inevitable that new technologies will encourage better political engagement, but it is also increasingly clear that political engagement is insufficient to solve the problem of citizen-government interaction. As new tools allow better representation of the will of the people, each political viewpoint can have a stronger voice. But until we create an agile, responsive system of government at the bureaucratic level, we will use those voices to fight with greater and greater efficiency over our limited (and often wasted) public resources, arguing about a smaller and smaller piece of the pie instead of making that pie bigger.

My generation grew up thinking that political action was the key to making our government reflect our values and our interests. Increasingly, we realize that no matter who we elect or what issues we highlight, the system the politicians are supposed to oversee is so hobbled that if we don’t reform the “how” of government–the big, messy bureaucracy that thwarts our political will–our actions at the political level won’t make a serious difference. This is why you see such interest in open data, in “hacking government,” in giving government the same tools that the private sector has to make citizen’s lives better. Someone once said if you have an intractable problem, make the problem bigger. Let’s look at the larger problem of our connection to government if we want lasting, systemic change.

Jennifer Pahlka is executive director and founder of Code for America.

No, because technology is making us dumber

California as a governable entity is on life support, and its salvation is unlikely to come in the form of a tweet. One effect of the new technologies has been to make us prey to sound bites, like those that fill the news cycle or that try to explain initiatives and propositions.

Information is power, but this hardly matters if we are becoming a less smart or less patient citizenry. The digital trend is moving us toward more superficiality and brevity. Just as e-mail was a bastardization of exposition, texting is a bastardization of e-mail. Just as blogging debased intelligent debate, 140-character micro-blogs debase blogging. The dumbing-down that results is counter-democratic and may be moving us toward demagoguery. Confusingly worded initiatives and double-negative propositions require careful dissection, but some of us may have become too compromised in our attention spans for that task. As a result, we are better targets for propaganda and half-truths.

With so much information at our fingertips, we often think of ourselves as too good to need a teacher. Gone is the one-to-many didactic model, in which the “one” is an experienced person subjected to quality control and the many are the individuals hungry for facts and willing to spend time learning them. Receptivity in the absorptive, open-to-what-you-may-have-to-teach-me sense is a dated stance toward information. Active, especially interactive, is what is “in,” and we are all, equally competently, creating and disseminating information. A successful democracy assumes informed voters. We are drowning in information but are less informed.

It was never perfect. But what made democracy less imperfect was our ability to learn, probe, be patient, and read between the lines. We seem to be losing those skills, and it is in no small part because of our addiction to new technologies. This can’t be good for democracy.

Dr. Elias Aboujaoude is a Stanford University psychiatrist and author. His most recent book is Virtually You: The Dangerous Powers of the e-Personality. He is cofounder of eTherapi.com.

Not necessarily–not unless new technology is integrated into our governance

New technologies no doubt will make it easier for members of the public to participate in government at all levels. We are already seeing this with the growth over the past three years of digital technologies and tools that fit under what is broadly referred to as Gov 2.0. However, tech-enabling participation does not necessarily result in “better” participation, or by extension, better governance. At best, the technology alone may lead to more public participation, but again, more does not necessarily mean better (and in fact, more in many cases may be worse). Technology, no matter how sophisticated, usable, cool, or sexy, is simply a tool. For public participation to be “better” requires a level of trust among and between all parties; it requires easy access to relevant and meaningful data and information; it requires follow up, engagement, dialogue; and it requires openness and transparency among other key elements. To be sure, new technology is essential for better participation and governance in the future, but it’s not sufficient.

At the World Economic Forum’s (WEF) Global Agenda Council for the Future of Government, we have recently developed a framework for the future called FAST Government (Flatter, Agile, Streamlined, Tech-enabled). At the foundation of the FAST government framework is the idea that technology must be integrated into the very structure of government and governance, thereby ensuring that the essential elements for any public service or process–public participation in particular–are brought to bear from the outset. This is the future of government.

Gregory G. Curtin is the founder and principal of Civic Resource Group, and a fellow with the World Economic Forum’s Global Advisory Council on the Future of Government.

The world has been mesmerized by the fiery glory of the Arab Spring and by the confused but potentially seminal nature of Occupy Wall Street. Social media–instant, viral and brief–seems tailor-made to get people to the barricades, potentially changing the nature of political engagement. We naturally relish these techno, David-versus-Goliath tales, and cheer when tyrants fall, 21st-century style.

To build strong democracies, we need rich dialogue and the ability to build trust. But in our rush to expand our networks exponentially and to use thin, faceless media for most communications, we are undermining opportunities for the kinds of rich, difficult interactions that cultivate trust. And when we are together, presence is too often punctured by constant interruptions. The deep, face-to-face focus needed to build strong ties–across bargaining or boardroom or dinner tables–is a rarity.

To build strong democracies, we also need a capacity for sustained thinking and planning. Yet overloaded office workers now switch tasks every three minutes, hopscotching through their days. We rarely pause to reflect. We multitask furiously, a style of work shown to lead to shallow thinking and poor learning. I worry that we’ll increasingly see a new type of ignorance, born not from a lack of information, but from an unwillingness or inability to turn data into knowledge.

Our tech-tools can spread the word, bring us to the barricades or polls, and offer tsunamis of info-bits. But it’s up to us to then engage critically, deeply, and responsibly with the political challenges of our day. Our new technologies merely bring us to the doorstep of change.

Maggie Jackson is an award-winning journalist and an author, most recently, of Distracted: The Erosion of Attention and the Coming Dark Age.

Yes, lots of people think technology is improving our politics–but not without costs

As more people move toward living their lives online, there will be heated debates over whether new technology is improving our political engagement–or just making it different. As with all new technologies–from the discovery of fire to the invention of the printing press–the use of the latest communications networks has both positive and negative effects.

Will innovative forms of online cooperation result in significantly more efficient and responsive government? In a 2010 survey Lee Rainie and I conducted for the Pew Research Center’s Internet & American Life Project, 72 percent of the nearly 900 respondents optimistically answered, “Yes.”

We have been seeing this techno-optimism reflected in many studies of Internet users over the past decade. During the 2002 midterm elections, a Pew survey revealed that many voters were beginning to turn to the Net to learn about the candidates and issues from multiple sources.

Social media tools stole the headlines during the historic 2008 presidential race. Pew survey data from that period shows how vital the use of text messages, YouTube, Facebook pages, and Twitter feeds were in fundraising and overall political engagement.

A 2011 survey on local news sources indicates how Americans learn about local politics. Right now, most get it from a wide variety of sources, but overall most say they are generally still getting most of their information on politics from their local newspaper (26 percent) and local television news (28 percent).

In several Pew surveys, respondents have expressed serious concerns about certain negative effects of new information networks. These include the overt amplification of extreme viewpoints; the tendency for people to seek out only the information they want to hear and to “remain in their silos”; the diminishment of media organizations with well-trained journalists; and the vast amount of inaccurate and distorted information now influencing political engagement.

Janna Anderson is director of the Imagining the Internet Center at Elon University, where she is also associate professor of communications.