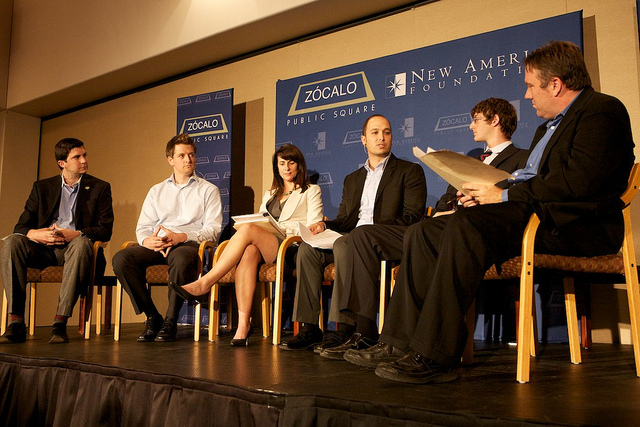 Someday you may be able to respond to the mayor’s poll on a new tax, offer a proposal for your neighbors to consider, and vote on a new ordinance before breakfast–all without leaving your home. Today, though, all votes are still tabulated on paper, and many government websites still resemble the static pages that were first created almost 10 years ago.

Five leaders in e-government joined Irvine Senior Fellow Joe Mathews of the New America Foundation in a discussion at Stanford University on the future of online government. The Zócalo/New America Connecting California event, presented in partnership with the Bill Lane Center for the American West, was attended by an international audience that included local government officials from Denmark to Palo Alto.

“Even in the far-flung regions of the state where the population is low, they are at least dipping their toe in the water,” said April Manatt, principal of April Manatt Consulting and the author of a new report that surveyed California governments about how they are using technology and the Web to engage residents. “I think what we’re finding is there are lots of different ways that local governments are going about this.”

Manatt said that local governments generally fall into three tiers of online services. At the lowest level, cities continue to provide the basic information online that has historically been made available offline and posted at city hall, including council agendas. In the second tier, this information is supplemented with additional information and city documents, and citizens are often invited to provide feedback over the web. In the third tier, governments have created online services that change the paradigm and go beyond providing existing city services over the Internet, said Manatt. 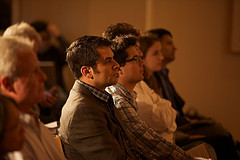 “Let’s as a community gather in person and online and explore the problems that we care about and throw them up for a vote,” she said. “The open data movement is a good one. … This concept of public data being given to the public is new and sadly innovative.”

“I think this is the most exciting space to be in for local governments,” said Greg Hermann, a senior management analyst for the city of Carlsbad. “We have a chance to rethink and redesign how they might operate. … Can technology save local government? Well, certainly not on its own, but it’s a powerful tool.”

Dakin Sloss, the executive director of California Common Sense and a senior at Stanford, described how the process to gain access to public documents can be difficult to maneuver and is not always successful. He said that when he tried to request access to the log for the California State Checkbook, he was told that it doesn’t serve the public interest to release the information. 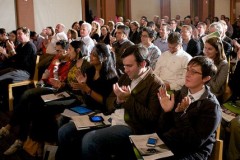 “My vision is that 10 years from now every government will be tracking in real-time,” said Sloss. “It’s a new way of thinking.”

Tim Bonnemann of San Jose participation company Intellitics, Inc. pointed out that local governments have historically created opportunities for getting involved, and that the new development is really moving that participation online.

“What are the objectives you’re trying to reach?” is what governments must ask themselves, said Bonnemann. “You might end up not relying on technology. If you have a distributed population, then you might still have to do your face-to-face meetings.”

David B. Smith, the executive director of the National Conference on Citizenship, said that local governments need to focus on learning how public engagement works and to make it a priority. 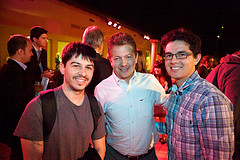 “My job is to empower you to help you solve those problems,” said Smith, who rejected an audience member’s suggestion that the government’s job is to handle problems and not to facilitate solutions. 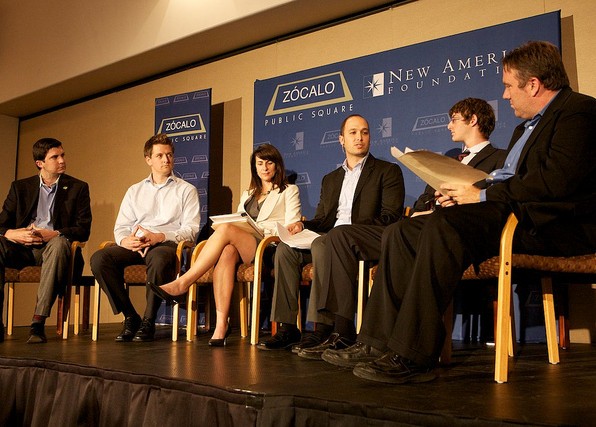