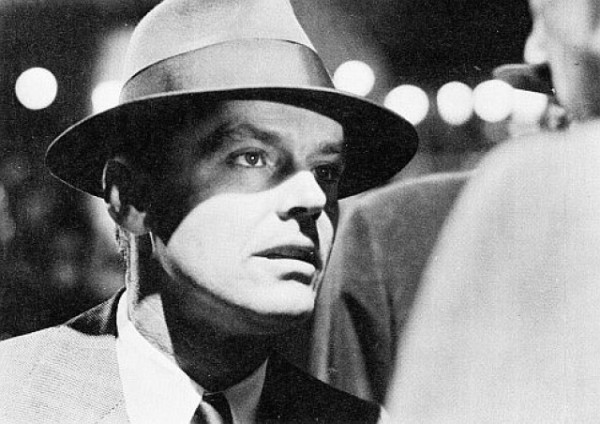 Hundreds, even thousands, of movies are set in Los Angeles. But do they get Los Angeles right? Most people who live here would say no.  In advance of a Zócalo/Getty Center event that is part of the Pacific Standard Time initiative on how L.A. invented the world, we’re taking a moment to laud the exceptions. We asked several notable Angelenos to tell us what movie (other than Chinatown--yes, everyone already knows that one’s good) best captures the reality of Los Angeles.

The Movie About the Rabbit

In movies as in life, L.A. has remained more invisible to itself than just about any other American city. There are films that try to capture the bad old LAPD (L.A. Confidential), the studio system and its discontents (Sunset Boulevard), the postwar construction boom (The Two Jakes), and Sunset Strip and the beach. But they never quite nail it. Almost no films would let you know that L.A. has long been one of, and sometimes the, largest manufacturing center in the U.S. (I struggle to remember a scene set in an L.A. aircraft factory, which for decades were our largest employers.) Charles Burnett’s Killer of Sheep does have a scene in an L.A. slaughterhouse, but that’s an exception that proves the rule.

So what works? In the late 1990s, I taught a class in L.A. politics at Occidental College, and I told my students that the two movies they needed to see to understand L.A. history were Chinatown and Who Framed Roger Rabbit? The former, which tells the story of how water came to L.A. and who profited from it, is what everyone cites when asked to name a great L.A.-based movie, so no need to go into that further. The latter gets less acclaim, but it offers an excellent account of the destruction of Pacific Electric Red Cars at the hands of the auto lobby (car manufacturers, road contractors and suburban developers). It also shows how the new freeways both isolated and Balkanized minority communities, represented in Roger Rabbit by the “toons.” That’s not to mention that Roger Rabbit brings together both the Warner and Disney cartoon characters and features the only scene in film history with both Donald Duck and Daffy Duck, an encounter that quickly escalates to nuclear war.

Harold Meyerson is editor at large of The American Prospect and an op-ed columnist for The Washington Post. An L.A. native, he was executive editor of L.A. Weekly from 1989 through 2001.

The Movie About the Immigrant

If I had to pick a film that captures Los Angeles especially well, it would be La Misma Luna (or Under the Same Moon in English) from 2007. It’s about a boy whose grandmother dies, causing him to leave Mexico in search of his mother in the United States. It depicts one of the most important, yet underrepresented, Los Angeles stories–that of the modern-day immigrant–and does so with humor, warmth, and poignancy. This is a Los Angeles that outsiders rarely see but that many of us who live here recognize and appreciate.

The Movie About the Politician

I stumbled on Race, a 1998 indie film about a racially charged L.A. city council race, several years past at the 20/20 Video store that used to exist in my Mid-City neighborhood. It was one of those video stores that carried not just the usual fare of Camaros that transform into tank-destroying robots–not there’s anything wrong with that–but also cool flicks like Yakuza Graveyard and the restored Criterion Collection edition of Bob le Flambeur.

Race is about a political contest pitting a black and Latino candidate against each other in a post-’92-civil-unrest Los Angeles. It’s a little gem that sparkles with energy and authenticity. Written by Tom Musca and Mark Kemble and directed by Musca, Race features the late Cliff Robertson playing an old-school white pol (a cross between John Ferraro and Art Snyder) who is leaving the council in his now demographically changed district. CCH Pounder is insider Lucinda Davis, who considers it her due to stroll into the now-open seat. Comedian and actor Paul Rodriguez plays a working-class house painter, Gustavo Alvarez, who is convinced to run for the seat as well.

Initially, the candidates try to keep matters civil, but racial pressure builds. Blacks and Latinos are split, and the race will be decided by the swing vote of a diminishing white electorate.

To say more would spoil the movie for you, but I don’t think you’ll be disappointed viewing it. Race is about flawed Angelenos who, despite the best of intentions, sometimes lose their way. An added bonus is the soundtrack by Wall of Voodoo’s Stan Ridgeway that employs various musical stylings and mashups.

Gary Phillips’ latest effort is the twisted short story “Feathersmith’s Excellent Plan” in the e-book anthology Dead of Winter, and he is the fiction editor at fourstory.

The Movie About the Teacher

Full disclosure: I’m a longtime member of the UCLA film school faculty. The movie (other than Chinatown) that best captures the real Los Angeles for me is a product of the UCLA-film-school-alumni mafia. Its co-writers, producer, director, editor, and director of photography are all products of our Westwood film factory. So call me biased if you like, but Stand and Deliver captures Los Angeles like no film I know.

First, Stand and Deliver doesn’t take place in Hollywood or Malibu or Beverly Hills or any of the more predictable and familiar Los Angeles settings. It unfolds in East L.A. in the working-class Latino neighborhood served by Garfield High School. A devoted educator named Jaime Escalante (played superbly by Edward James Olmos, who won an Oscar nomination for his performance) has high expectations for his students. The problem, he believes, is that the other teachers have low expectations. Escalante believes that if expectations are set high, then economically disadvantaged youths will measure up.

Escalante succeeds in teaching calculus to his students. This so startles the educational establishment that when Escalante’s students pass the national calculus exam, the authorities assume the students must have cheated. The students are compelled to take the test again, this time with a proctor assigned to each of them, and they are distributed into separate classrooms, one for each student. They pass the test again, proving they are indeed capable of learning calculus–and who knows what else?–as long as their teacher believes in them.

Tom Musca, the producer, said to me, “Imagine me pitching this picture to the town. The climax is a bunch of kids take a math test. Twice.”

The beauty of Stand and Deliver is that, like the city in which it is based, it celebrates upbeat, affirmative standards. Los Angeles is presented for what it is: a place where people come to start anew. Within the land of opportunity–that is, America–Los Angeles is its own land of opportunity, an authentic meritocracy where not connections but talent and discipline prevail. Stand and Deliver underscores the American dream that if you’re willing to get educated and to work hard, the sky’s the limit.

Is that not L.A. through and through?

Richard Walter is chairman of UCLA’s graduate program in screenwriting. He is author of Essentials of Screenwriting.

The Movie About the Star

Nothing about Los Angeles is real. It’s all an illusion, a celluloid fantasy about a world where you can be anything you want and have anything you want, as long as you want it badly enough. That, at least, is the myth that has drawn millions here.

It is the heart of our secular religion that any of us can be a star if we are passionate, work hard, and get lucky. It unleashes a creative energy that makes L.A. like no other place on earth.

No movie captures the essence of this vision of L.A. better than A Star Is Born, the 1937 film produced by David O. Selznick, directed by William A. Wellman, and scripted by Dorothy Parker.

It opens with a shot of the flickering lights of the city and cuts to a farmhouse in the Dakotas, where a star-struck Esther Blodgett (Janet Gaynor) is told by the aunt who helped raise her that she’s just “a silly little girl” falling for the romantic “mush” of the movies.

“Someday you won’t laugh at me,” Esther says. “I’m going to go out and have a real life. I’m going to be somebody.”

Grandma Lettie (May Robson) tells Esther of her own dreams as a pioneer woman and how there is a difference between dreaming and doing. “Dreamers just sit around and moon about how wonderful things would be if only things were different,” she says. “Could you do it? Could you do it even if it broke your heart?”

Cut to Esther’s arrival in L.A. and the Walk of Fame, where she steps into the footprints of Norman Maine (Fredric March), the leading man who inspired her and who will become her mentor, lover, and husband.

The artful set-up only takes a few minutes to foreshadow the drama that will unfold, a story I believe that we all are living in one way or another. It is the myth–and reality–of L.A.

Ron Kaye, former editor of the Los Angeles Daily News, is a community activist and a founder of the Saving LA Project.

The Movie About Cheech

Born in East L.A., Cheech Marin’s inspired 1987 comedy, is a quintessential Los Angeles film–not least because a good chunk of it takes place in Tijuana. That’s far from the mythologized East L.A. of today, and that’s my point. Born in East L.A. captures that sense of native displacement that so many Mexican and Central American citizens of Southern California grow up with and carry all their lives.

In Marin’s character Rudy and his effort to return to his homeland–the Eastside–despite despite the odds against him, I see a metaphor for the unifying SoCal desire to improve one’s lot, to realize the dream in the California sun. Whether it’s the 1980s or the 2000s, there are a lot of odds to overcome in Los Angeles. At one point in the film, as Rudy generously teaches a band of friends how to look and act like an Eastside vato (in other words, a true American), he replies to his skeptical Salvadoran love interest with this local wisdom: “You think having a car in L.A. is ‘useless things’? Try getting around L.A. without a car and you’ll end up with feet that look like Donald Duck.”

Daniel Hernandez is the author of Down & Delirious in Mexico City.