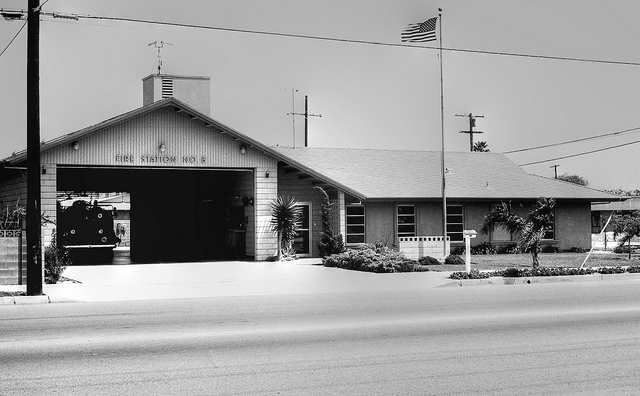 Two important power shifts are taking place in California. Power is shifting up from the cities, and power is shifting down from the state government in Sacramento. In both shifts, the destination of that new power is the same:

Consider Orange County, where I live and work. The first shift can be seen in Santa Ana, where the city council is widely expected to disband its fire department and turn its firefighting responsibilities over to the county’s fire authority.

This is a turning point in local government.

Santa Ana is Orange County’s largest city. Its fire department is more than a century old. Its city council is composed of labor-friendly Democrats. But Santa Ana faces a $30 million budget deficit, and the county fire authority says it can save the city $51 million in fire protection through 2016. The county already provides services to 22 of the county’s 34 cities. With Santa Ana’s decision, most of the rest of the county’s cities are likely to join the county fire authority.

It’s not just fire. The Orange County Sheriff’s Department (OCSD) serves 12 cities as well as the unincorporated areas. And while those other 19 cities may be reluctant to follow suit, budget realities create pressure for consolidation. Police are a city’s biggest expense, and costs have soared due to pension obligations. Many smaller departments–in cities such as Brea, Buena Park, and Placentia, as well as mid-sized ones (such as Fullerton’s scandal plagued department)–may be forced to contract with the sheriff.

As cities transfer responsibility up to the county to save money, the state is sending it down, also for fiscal reasons. Gov. Jerry Brown’s so-called “realignment” plans call for counties to take over many state-run programs–including the incarceration of low-level criminal offenders, juvenile justice, adult parole, and mental-health programs. Other programs will surely follow, given the multi-billion dollar deficits expected for years.

These shifts put new pressures on counties, which have no choice but to absorb these powers. The question is how?

The answer may differ from county to county. But for California’s larger suburban counties, one possible model may be Nassau County on New York’s Long Island.

Nassau County, with 1.4 million residents, is in some ways a smaller version of Orange County. It is a mostly middle-class suburban community adjacent to New York City’s borough of Queens. It came of age after World War II when federal policies made it possible for returning vets to purchase tract homes in bedroom communities such as Levittown. Nassau is automobile-dependent, dotted with strip malls and suburban sprawl. There is limited mass transit, little heavy industry, and no downtown.

For all the similarities, it’s the differences that are instructive. While Orange has 34 cities, Nassau County has only two cities and three towns. A strong, centralized county government provides most public services, including police and fire. Authority over that government is put in relatively few hands. A county executive, elected in countywide elections, oversees the government and appoints the police chief and most other officials. For oversight and lawmaking, the county has a legislature with 19 members.

Could something like that work in one of California’s big suburban counties? If Orange County had a legislature with the same proportion of elected officials per resident as Nassau, it would have approximately 31 full-time supervisors. The prospect of that kind of representation may seem outlandish. Before you dismiss this idea, though, consider the fact that Orange County’s government–like the governments in other California counties–was designed for a population that had more cattle than people.

Today, Orange County still has a five-member county board of supervisors and no elected countywide chief executive, despite the fact that our population has grown to over 3 million. Power is decentralized, and accountability is difficult. Orange County has 170 part-time elected officials who sit on 34 city councils, and many others who sit on a variety of special districts. Do we really need this many people to manage public affairs? And how can we keep them honest given the limited resources of the media to act as watchdog?

The answers: we don’t and we can’t, even under the current system. But as counties gain more power–as part of transfers from cities and the state–the present structure will look untenable. Counties need more authority and more accountability–the kind provided by strong, centralized leadership and legislative bodies big enough to provide oversight and thoughtful planning.

Champions of local control will object that governmental power should be centered in individual cities. That would be fine–but it is the cities themselves who are giving up control and offloading more responsibilities to the counties.

Stronger counties might have more might in battling with the state government. Orange County, in particular, has punched less than its weight, its leadership unable to stop state raids like the recent grabbing of nearly $50 million in vehicle license fee money that was rightfully the county’s. A county government with more authority and centralized structure might also be an incubator for public leaders. Despite Orange County’s size, strong economy, and well-connected workers, none of its elected officials has been taken seriously as a candidate for statewide office.

There is nearly global agreement that California’s state government is dysfunctional, spendthrift and tone-deaf when it comes to meeting local needs. To extricate ourselves, the best option is to make county governments, not city governments, the new governmental entity for exercising local control.