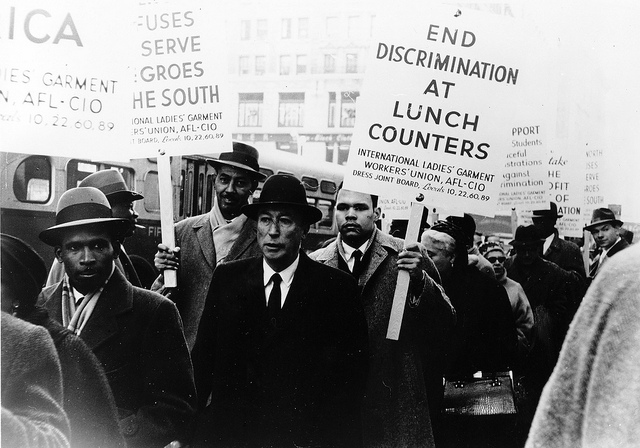 When I was a child growing up in the 1970s, I learned to revere Martin Luther King Jr. and the power of civil rights. Many of us felt that a society that respected the civil rights of all Americans would inevitably become more just and equal. Racial divisions, irrational prejudice, and social injustice would quickly yield to the blind justice of the law.

It didn’t work out that way. Not only did civil rights laws prove unable to redress many racial inequalities, the laws often got twisted in ways that King could not have imagined. What began as a tool to advance social justice has become, in the decades since, an instrument that often undermines it, as group after group comes forward to claim infringements on one “civil right” after another. We need a new approach.

The judicial branch of government became an important ally in this campaign, most resoundingly with the decision in Brown v. Board of Education in 1954, when the U.S. Supreme Court declared racial segregation to be unconstitutional.  And, after the comprehensive civil rights legislation of the 1960s, “Whites Only” signs came down, segregated theaters and restrooms were eliminated, and blacks came to enjoy equal access to public facilities such as hotels and restaurants in the formerly Jim Crow south.

The civil rights movement in the 1950s and 1960s was a legal and moral triumph. Not surprisingly, it inspired a host of other groups–Latinos, women, the disabled, gays and lesbians–to follow the lead of African Americans and take a civil-rights-based approach to unequal opportunity. But as the years went by the societal ills in question became less easy to view through the simple prism of rights. In recent years, these injustices have included unemployment among the elderly, insufficient resources devoted to students with physical and mental disabilities, conflicts over self-expression in personal grooming, and indignities faced by those who are overweight.

In many of these struggles, legal remedies have become the tool of first resort. Sometimes this makes sense. For instance, conflicts involving sexual orientation typically involve overt bias and discrimination. But many of today’s civil-rights laws are ripe for abuse by extremists and opportunists, leaving true advocates for social justice disappointed. Because the civil-rights approach to social justice focuses heavily–sometimes exclusively–on proving claims of discrimination, it often leads to the inflation of small problems and the neglect of big problems.

Here is an example of a trivial problem getting inflated. Some bars like to sponsor “Ladies’ Nights” at bars and restaurants. Most of us wouldn’t even consider “Ladies’ Nights” a problem. But men’s-rights lawyers have sued, arguing that a discount for female patrons amounts to gender discrimination–in violation of the civil rights of men. The courts agree. That’s what happened in California and other states. No more ladies’ nights at the bar.

Here is an example of a big problem getting neglected: the high rates of incarceration of African-American men compared to men of other races. Many civil-rights activists like to blame it on a discriminatory system undergirded by prejudiced police officers, prosecutors, judges, and juries. But are they looking in the right place? Or are they, in blaming racial discrimination, detracting attention from deeper problems that have nothing to do with civil rights?

Certainly, bigots are to be found in the justice system. But incarceration disparities have worsened dramatically in the decades following the civil rights revolution of the 1960s. Unless law enforcement is simply an island of worsening racism in an ocean of increasing tolerance, then racial prejudice doesn’t really make sense as an explanation.

What does make sense is that, during the 1970s and 1980s, a predominantly black underclass became isolated and trapped in jobless ghettos. A dramatic spike in crime in the decades after World War II led to a more punitive approach to law enforcement in the 1970s and 1980s. Violent turf wars surrounding the crack cocaine trade led community leaders and politicians of all races to support the War on Drugs in the 1980s.

All of these developments disproportionately affected blacks, who still suffer from the legacy of poverty, crime, and neighborhood isolation of the Jim Crow era. But these social ills are not a “new Jim Crow.” Present-day discrimination did not cause them, and therefore civil-rights legislation and litigation will not solve them. All lawmaking and lawsuits can do is detract attention from what really needs to happen: the revitalization of economically depressed neighborhoods, the integration of the poor with society, and more general reform of punitive criminal laws–particularly drug laws.

The story of school integration, a noble goal that wound up going seriously off-track, offers a particularly painful example of the limits of civil rights. The decision in Brown was a high point in the history of the Supreme Court, and it overturned decades of ugly legal precedents. But before long its limits also became apparent. By the late 1960s and early 1970s, Americans could see that schools, despite being officially desegregated, remained unequal in quality and racial makeup. Mostly white schools were a lot better in quality than mostly black schools, and in response courts ordered the busing of black children to mostly white schools and white children to mostly black schools.

It was a well-meaning but overzealous effort. I lived through it, and I saw hope wither into resentment and disillusionment. In my school, poor minority students and middle-class white students didn’t wind up mixing. They gravitated toward peers who shared their interests and backgrounds. Worse, when middle-class white kids saw the differences between themselves and their new poorer black classmates, many chalked it up to race rather than economic and societal status. Instead of breaking down racial barriers and negative stereotypes, busing reinforced them. There were also success stories, but these were the exception.

If busing was a case of civil rights being taken to one extreme, a recent decision by the Supreme Court was a case of civil rights being taken to another. In 2007, the court ruled that school administrators in Seattle had to stop bringing about greater integration in public schools. Ironically, the decision was civil-rights-based: administrators, in assigning racial identities to students, were supposedly violating the students’ civil rights. The same unyielding anti-discrimination principle once used to pursue integration was now being applied with equally heedless zeal to block race-based integration policies, even though such policies had the blessing of school administrators and democratically elected governments. Civil rights had been the basis of the decision in Brown, and now they were proving to be the basis of a near reversal of Brown.

Americans have been trained to accept and even to celebrate the many costs of such rights gone wrong. Just as the drinking, brawling, and womanizing of some tortured artist are supposed to be the necessary price we pay for his genius, the misuses of rights are supposed to be a small price to pay for their invaluable virtues. But just as addiction rarely contributes to artistic talent, rigidity and extremism rarely enhance human liberty and equality.

It’s time to rethink and reform the civil-rights approach to social justice, an approach that has become outmoded over the past several decades of change. Martin Luther King himself anticipated this shift. When he was killed, he was attempting to organize a Poor People’s Movement to address deep-seated inequalities in American society. It was a broad-minded goal that went beyond the mere assertion of rights. (One can find faint echoes of it in today’s Occupy Wall Street protests.)

Rights don’t have to go wrong: they can and should be exercised in a spirit of responsible civic engagement. At their best, civil rights have been part of a broader vision of a just and well-ordered society, and civil-rights campaigns have corrected pervasive biases against minorities and women. But at their worst, civil-rights campaigns have been used with a mind to making money off legal awards or to advancing some misguided political point.

To deal with problems like the workplace glass ceiling for women, high rates of incarceration for black men, and the de facto segregation of the nation’s schools, we need comprehensive solutions. A 21st-century approach to social justice would trade individual entitlements for more ambitious change. Businesses that make demonstrable efforts to root out bias should enjoy immunity from some types of civil-rights claims. Significant reform of punitive drug laws could dramatically reduce racial disparities in incarceration, and better family-leave and part-time-work policies could help women who must balance work and family obligations.

If we’re willing to put social justice ahead of individual entitlements, we can revive the promise of the civil rights movement in the new millennium. For some, the scaling back of individual claims will be a bitter pill, especially for those who have spent their careers thinking in terms of “rights,” but the pill of self-centered rights gone wrong is bitterer. We must replace the culture of selfish entitlement with an ethos of social responsibility and common purpose. To secure social justice in the 21st century, we must put the civility back into civil rights.

Richard Thompson Ford is a professor at Stanford Law School and author of Rights Gone Wrong: How Law Corrupts the Struggle For Equality.