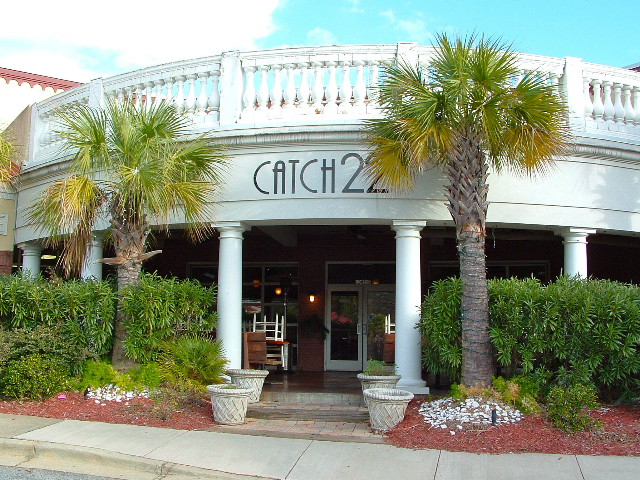 We hear so much about presidential candidates–and so little about life in the states that elect them. In “Beyond the Circus,” writers take us off the trail and give us glimpses of politically important places. Today, South Carolina.

Irmo, South Carolina, sits 10 miles northwest of Columbia, the state capital. Running north to south, a busy rail line cuts through the town. Trains rumble, rush, and wreak havoc with traffic all day and night. That would please dearly departed railroaders C.J. Iredell and H.C. Moseley. They founded the town in 1890, graciously christening their whistle-stop with the first syllable of each of their last names.

Leeza Gibbons, the talk show host, grew up here. A few miles away, what was once the world’s largest earthen dam straddles the Saluda River. That dam, along with the construction of nearby I-26 in the late 1950s, turned the farms, fields, and woodlands around Irmo into a crazy quilt of old and new. Irmo is in Republican Lexington County. Nearby Richland County leans Democratic.

The town proper has no square, no mall–just shopping strips, fast-food joints, restaurants, and stores. It’s home to a watering hole, Catch 22, a cozy seafood and rawbar. On any given night, you’ll find alluring women, bums, businessmen, lounge lizards, professors, attorneys, a CEO now and then, nurses, scalawags, and blue-collar blokes at the oval bar. It’s a mini-congress of ordinary souls. State and federal workers, retirees, loners, couples, the bored, and the divorced join the mix. Ages run from the 20s to the late 60s. Maybe older.

Democrats, Republicans, Independents–they’re here. Everyone just wants to forget life for a while and drink, laugh, and gossip, but the bar TVs’ talking heads don’t always let them.

Just beyond the parking lot, cars creep and crawl to a stop on Lake Murray Boulevard. There’s nothing quite like a ninety-three-car train rolling through on a Wednesday afternoon to encourage exasperated drivers to ease into Catch 22’s parking lot.

Regulars file in brushing away workday dust. “Little Pink Houses” plays on Music Choice. Glasses clink, and kitchen clatter spills over the rawbar and into the bar itself.

At 6 p.m., the barmaid turns Music Choice down as a 60-ish, pudgy Northerner fires up a karaoke-like music machine. He strums an acoustic guitar and croons velvety love songs with a reverb Andy “Moon River” Williams would die for.

The worries of the world seem far away, but that nettlesome portal to politics, the TV, is on.

8 o’clock. After a good many rounds, chatter flows as thick as the cigarette smoke.

“The summer was too damn hot.”

“Those ugly new fluorescent light bulbs are a DC conspiracy with big business!”

“Those phony-baloney diversity commercials aren’t worth a plugged nickel. Nobody lives like that.”

“The SEC has won five straight national championships. Tell your Buckeye friend to put that in his pipe and smoke it!”

Then the TV news comes on and what do we see? Politicians. Sneers erupt.

Although the TV is muted, it takes habitués but a second to shout, “Change the damn channel!” People smirk, snide remarks fly across the bar, and the night becomes a smoky evening of venting. There’s a new devil in town, and his name is Politician.

“Where oh where, Mommy, did all the statesmen go?”

Alcohol is truth serum. Someone makes the mistake of asking a woman what she thinks about profiling Middle Eastern passengers boarding airlines. A man wearing a Texas Longhorns baseball cap jumps into the conversation. “It slaps the hell out of falling from the sky,” he says.

“It’s discrimination,” replies a blond with gray showing at her temples.

“Well, hell, girl, welcome to the Goddamned United States of the Offended!” yells Lynn, 60, a retired state worker nursing a spot of Ecco Domani pinot grigio. She deplores what she considers a politically correct cancer that destroys common sense and open dialogue. She loathes career politicians who are more concerned with keeping their job than what’s good for this country’s legal citizens, putting emphasis on the word, “lee-gal.”

John, a one-time bodybuilder and full-time cynic, cuts loose. “I wouldn’t walk across the street to piss on a goddam politician if he were on fire,” he says.

Mike, late 50s, writes columns for a Columbia newspaper. He’s restrained. “Most of our political woes are caused by our own inability to get off our asses and seek the truth,” he says.

Lake Murray resident Malinda, 60, works as a guest services manager for a major hospital. One of her forefathers signed the Declaration of Independence and another signed the Constitution. “We have erred into the gray area of socialism with the expectation that our federal government will maintain all,” she says. “We are on the road to ruin and the same track as the Roman Empire. Let’s get back to the basics: honestly, integrity, with no special interest groups driving our political decisions.”

General sentiment is always a hard thing to pin down, but some things weigh heavy with veracity. People here in Irmo hate their elected officials. They hate them for being out of touch.

People feel Washington should run the country like ordinary folks run their homes. Logic seems upside down in DC. The straightest path to a solution is a zigzagged up-and-down, in-and-out quivering line of the moribund same-old same-old. Black is white and white is black.

If what folks in the heart of South Carolina feel and believe holds true for much of the electorate, politicians are in deep trouble. The necessary evil that they are can’t be changed, but individual politicians can be changed out like a bad bulb.

I dabbled in photography for a while. One of my assignments was to photograph Senator Strom Thurmond at his Columbia home. A meet-and-greet kind of thing. The good senator’s staff wanted photos of the people shaking his hand.

In stifling heat, people lined up for four blocks to meet the legend. My chief memory of that day is seeing women hug and kiss him. Men shook his hand. Men and women stuffed money into his pockets. By the end of the day his suit bulged with greenbacks.

The people adored Strom. He was one of them, a commoner risen to the heights. He served them well. If a widow’s husband’s military pension disappeared in a snarl of red tape, one phone call from Strom cut it free. That was my last photography assignment, such as it was. The year was 1978.

I believe that were Strom alive today, he’d be booted out of office, sullied by the smell of career politician. Patrons at Catch 22 have started to joke: if at first you don’t secede, try, try, try again. South Carolina’s bellicose nature wasn’t lost on Rick Perry. No wonder Perry thought he could get mileage out of saying, “South Carolina, you’re in a state of war with the federal government.”

Most nights around 3 a.m., the lonely wail of a train’s airhorn sounds to the west. Another train advances toward the grade crossing three miles away in Irmo. Its airy weeping slips through the pines into my sleep. It skims over the Catch 22 foyer and empty barstools where nighthawks perched just hours before.

Dogs would not make career politicians. No, dogs would be statesmen. Dogs give unconditional allegiance to the people who choose them, and they don’t bite the hand that feeds them. Politicians should pay attention to dogs and learn something about loyalty and service.

In this era of crafted sound bites and Teleprompters when no one says anything original, honest, or daring, maybe ballots should tell us which candidates own a dog and which don’t. Maybe then we can make intelligent choices and get ourselves out of this diabolical disaster called politics. The people here, like people elsewhere, are mad as hell and they’re not going to take it anymore. At least that’s what they say.

Tom Poland is a Southern writer and author in Columbia, SC. His work can be found at tompoland.net.