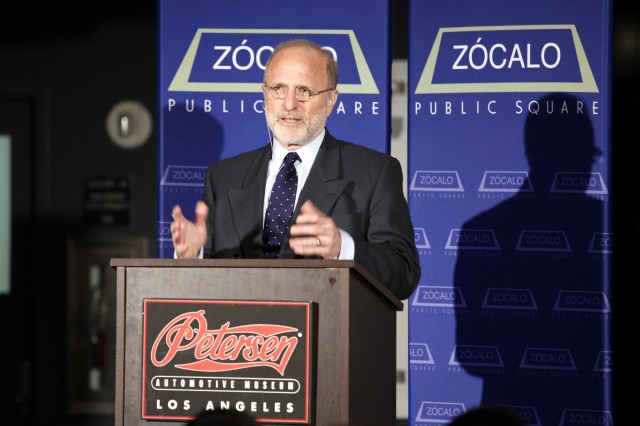 For Getty Trust president and CEO James Cuno, the starting point for understanding the importance of the museum is “the promise it holds to promoting tolerance and understanding difference in the world.” In his talk to a packed house at the Petersen Automotive Museum, Cuno took on the critics of museums, particularly critics of encyclopedic museums, who hold that museums are relics of imperialism or institutions that uphold hegemony. On the contrary, said Cuno, the encyclopedic museum is “an argument against essentialized national differences.” This is also the case Cuno makes in his latest book, Museums Matter: In Praise of the Encyclopedic Museum.

Cuno pointed to the first encyclopedic museum, the British Museum, which was founded in 1753, as an example not of patriotism or nationalism but of an interest in cultures and art from around the globe. Neil MacGregor, the museum’s current director, likes to say that what surprises people most about the British Museum is that there are so few British things in it. 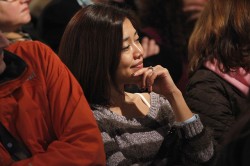 Much of the discourse in the world today focuses on national differences and “the inevitability of cultural conflict based on these differences.” But, said Cuno, by bringing together “all the world’s cultures under one roof” in a “secular cosmopolitan space,” the encyclopedic museum instead enlarges one’s view of the world.

The encyclopedic museum’s origins are in the 18th-century Enlightenment. Like coffee shops, dictionaries, and newspapers, the museum was meant to bring the Enlightenment to the broader public. Taking inspiration from the breadth of a museum’s collection and scope, visitors from all walks of life could begin to ask new questions about the world, form new answers, and continually subject those new answers to further scrutiny and critique.

The corollary to the encyclopedic museum was the encyclopedia (also a product of the Enlightenment), which was considered a “dangerous instrument” at the time because it encouraged readers to think their own thoughts and draw their own conclusions about various forms of dogma that shaped their world. In 1759, Pope Clement XII was so concerned about the encyclopedia that he called for all Catholics to have encyclopedias burned by a priest or face excommunication. 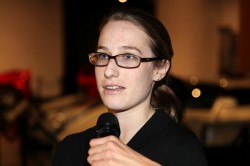 According to many of their contemporary critics, museums reinforce the power of the state and the societal elite by telling a single, predetermined story. Museums do tell stories, but, said Cuno, people in museums ultimately write their own. After all, if critics can see beyond the supposed manipulations of the museum, why can’t the rest of us do the same? Cuno pointed out that even with something as simple as a gallery, there are two entrances, and the presenter cannot know which one a particular visitor will use or in what order she’ll view the works. “We open the doors to people, and people wander as they might,” he said.

Empires have always led to extensive intermingling between cultures, and the works on display in museums testify to this historical fact. But, said Cuno, while museums may be witnesses to empire, they are not instruments of empire

In a final note on the importance of the encyclopedic museum, Cuno pointed out that India, despite boasting a glorious artistic legacy, lacks an encyclopedic museum. This was not an innovation that Great Britain ever introduced to its colony, nor has India subsequently followed Britain’s lead. Instead, Indian museums tend to present their art in narrow, politically motivated terms, reinforcing the fractiousness of a country plagued by outbursts of communal violence.

In a friendly but spirited question-and-answer session, audience members challenged a number of aspects of Cuno’s argument.

Noting that encyclopedias are largely extinct, and that “you can’t give away a Britannica” today,” one person questioned whether museums do indeed still matter. Cuno responded by asserting that the Internet is not a replacement for museums but an ally. The Web, he said, will inspire people to seek out the authentic thing. He also emphasized that the Internet offers another outlet for visitors to use museums to challenge their assumptions about the world. 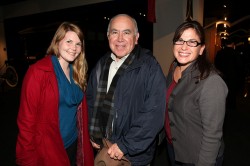 Another audience member asked about the “chasm [that] divides First World museums in Britain and the U.S. and museums in Latin America, Asia, and other parts of Europe.” How do privileged institutions bridge this divide? We have to do as the British Museum did not do in India, responded Cuno. Museums must share and collaborate. That’s why the British Museum works with museums in Africa to give curators and museumgoers greater access, while the Getty Trust is involved with projects around the world, in places like Western China, India’s Rajasthan, and Egypt. Museums have a responsibility to share their resources and knowledge and to “encourage curiosity about the world” rather than staking claims to some narrow patch of land. 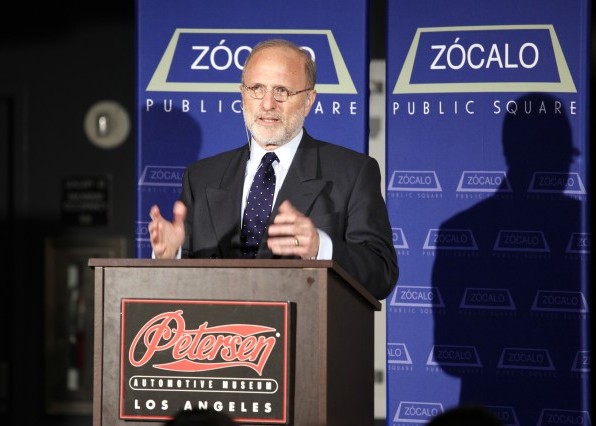