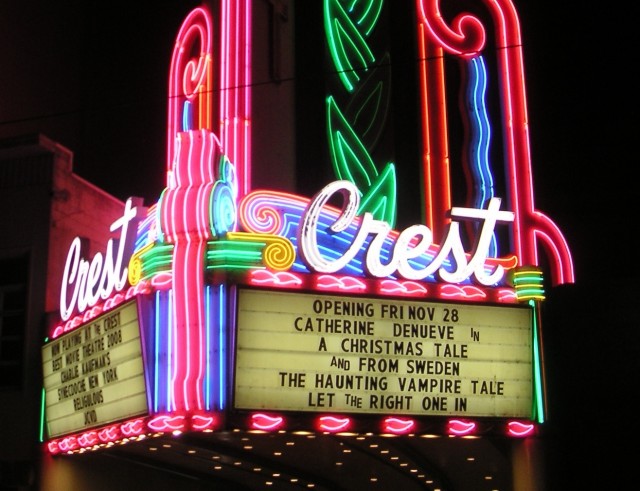 The city of Sacramento, my adopted hometown, has always been at war with downtown blight. Do I exaggerate? It will not seem so to most Sacramentans, we who have arrived here, by birth or by choice, since city fathers first rolled out the big guns of redevelopment in 1950.

It started in the West End, the neighborhood sandwiched between the State Capitol and the Sacramento River. In old pictures, the West End is a jumble of Victorian houses, brick hotels, bars, eateries, garages, machine shops, groceries, clothiers, and barber shops with dentist offices and apartments above. Down the streets–canopied by the trees settlers planted to block the Valley sun–rattle trolleys, whose rails crisscrossed the area and connected it to the rest of the city.

By 1950, the West End was also home to 70 percent of the city’s non-white population, a number swollen during World War II by the arrival of African Americans and Mexican braceros to fill jobs vacated by GIs. Non-whites were barred by racial covenants from moving to Sacramento’s newer neighborhoods and prevented from buying homes in the West End because racial redlining made mortgages unavailable. Unable to sell, property owners broke up houses into smaller units and rented them. Property values fell.

The plan was to turn the area into a redevelopment zone in which the blight could be bulldozed and replaced using federal housing funds. But doing that required taxes and bonds, and voters didn’t want them. So City Hall went around the voters.

The California Legislature had just created a novel redevelopment weapon, called tax increment financing. Here is how it worked. A city redevelopment agency could declare a particular area to be blighted–and then cap the property taxes that flowed from that area to other local governments like schools and counties. The agency could keep for itself any property tax growth above that cap. This growth above the cap was the “increment,” and it provided the funding to backstop revenue bonds–which did not need voter approval. This changed the game. Suddenly, redevelopment could be financed on the come, with the property tax money that otherwise would have gone to the schools and counties. Other people’s money. Sacramento picked up the weapon, and the fight was on.

What started 62 years ago–as a project to stamp out blight in 60 blocks of the West End–never stopped. One redevelopment zone became 11 areas around the city. Four of these are downtown, covering the entire central business district and a total of nearly 2,000 acres. We Sacramentans in the capital city have run up a redevelopment debt of over $300 million in financing projects, almost $700 apiece.

In this, we are like the rest of California, where redevelopment has swollen over the last generation to claim one out of every eight property-tax dollars. As a budget priority, blight-fighting is roughly equivalent in size to public support of the state’s two public university systems.

Are we winning? That’s not a question we Sacramentans needed to ask until recently. As George W. Bush understood in Iraq, people are less inclined to be skeptical about wars they aren’t asked to pay for. But in the wake of the Legislature’s decision to abolish redevelopment agencies and tax increment financing, and the California Supreme Court’s decision to uphold that action, the question is at the top of the agenda.

If you walk the streets of downtown Sacramento, you can see there’s hardly a block that redevelopment hasn’t touched or a building that it hasn’t subsidized: the downtown shopping mall; the new hotels; the office buildings; the restored movie palace; the restaurants; the new and renovated apartment buildings (including the converted auto dealership where Gov. Jerry Brown bunks); the Dive Bar where a mermaid swims in a 7,500-gallon aquarium over the counter.

How much of this to credit to redevelopment is a harder question. The economics literature is firm that redevelopment doesn’t yield a net increase in growth and jobs across whole regions. Like moving a wad of hundreds of millions of dollars from your left pocket to your right, redevelopment changes the location of the bulge but doesn’t make the wad bigger. (Unless the pocket belongs to one of the politically connected property owners or developers at the center of the game.)

And there’s the “but for” problem. For example, are we supposed to believe that, but for redevelopment, entrepreneurs would not have built offices for the hordes of lobbyists who have descended on the town since Prop 13 centralized power at the Capitol? Or that they would not have supplied nearby places for legislators to wine, dine, and entertain contributors?

K Street, once the heart of the downtown retail district, has been for the last several decades the focus of obsessive redevelopment attention. In old pictures, its sidewalks are crowded and the buildings are blazoned in neon signs glowing the names of department stores, pharmacies, and jewelers. Today, except when state workers pour out of their offices at lunch hour, the pedestrians are far fewer, and the carts they pull and the bags they carry are less likely to hold their new purchases than all their worldly goods.

Redevelopment, it turns out, can push around the inconvenient people but does not make them disappear. When I would leave late from my former office at the Elk’s Building (recipient of a redevelopment subsidy and home–irony addicts will wish to know–of the Howard Jarvis Taxpayers Association), I’d see the same woman, middle-aged and heavyset. She seemed to like the sound of her voice echoing among the buildings as she settled in at sunset with her blankets and sleeping bag on the steps across the street. I wonder if she’s still there and if the customers of the Dive Bar, a block away, wish her sweet dreams as they pass by.

If we have always been at war, it’s not been with blight but with ourselves. Every public dollar Sacramento has thrown at redevelopment inside the city has been overmatched by all the public dollars that have been thrown, over the last half-century, at speeding development outside the city. The redeveloped downtown that Sacramento now says it wants–dense, walkable, transit-oriented, with a mix of housing and offices and stores–is the downtown it once had but helped kill off.

The liberal conventional wisdom is that we should bring back redevelopment in its old form–spending other people’s money–but under strict state control so that cities use the money virtuously and not for mermaid bars. The idea seems to be that we should trust state government to make better decisions for local communities than they can make for themselves.

But a saner course for my hometown, and yours, would be to say enough to war. After 62 years in the trenches, let’s stop fighting ourselves. Let’s give markets and local democracy a chance.

Let’s stop subsidizing driving with general tax dollars and make drivers pay fees to cover the full cost of the roads they use and the pollution and carbon they create. Let’s recast our largest housing subsidy, the mortgage-interest deduction, which gives most of its benefit to higher-income households, as a housing credit. That would help people in the lower half of the income spectrum, and bolster the construction of infill housing.

Let’s rid ourselves of all the zoning, California Environmental Quality Act, parking, and historic preservation rules that raise the cost of rebuilding existing neighborhoods.

And if we still want to subsidize particular redevelopment projects, let’s give ourselves the democratic power locally to raise and spend our own taxes for them, as Jerry Brown has suggested. We won’t always make the right decisions, but we are less likely to fight with ourselves when our own future and own money are both on the line.

Mark Paul, co-author of California Crackup: How Reform Broke the Golden State and How We Can Fix It, was formerly deputy treasurer of California and deputy editorial page editor of the Sacramento Bee.