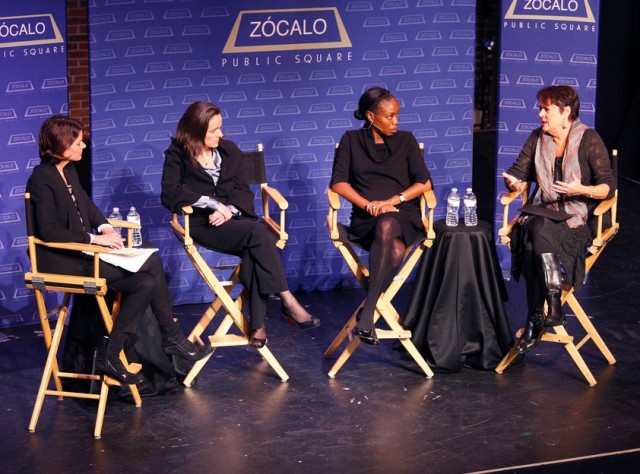 The United States has been trying to prevent childhood trauma and treat its victims for decades. But new research has shown that the stakes are even higher than was previously believed. Trauma–particularly chronic exposure to abuse, neglect, and violence–experienced in childhood can affect the physical health of adults decades later, increasing the risk for illnesses ranging from heart disease to hepatitis as well as addictive behaviors like IV drug use. In front of a crowd at The Actors’ Gang, several experts on a panel sponsored by the California HealthCare Foundation discussed what childhood trauma is, how it can be treated and prevented, and its effects on the health of adults.

Family therapist Robin Karr-Morse, author of Scared Sick: The Role of Childhood Trauma in Adult Disease, opened the discussion by talking about the effects of both emotional and physical trauma on children’s brains. Both trigger the fight-or-flight response, she explained, meaning that fear enters the brain, affecting a variety of functions including the pituitary and adrenal systems that regulate important hormones. Constant stress affects the brain and nervous system at fundamental architectural levels.

KQED healthcare reporter and moderator Sarah Varney asked what type of home situation causes this sort of stress. Dr. Nadine Burke Harris, the founding physician and former medical director of San Francisco’s Bayview Child Health Center, answered that any threat to a child’s integrity can trigger a fear response. Children who have lived in homes with domestic violence, who have experienced physical, emotional, or sexual abuse, or who have been separated suddenly from their parents all experience trauma. “It’s different for different kids,” she said. “People talk a lot about resilience, and I’m very cautious of that word. It has to do with your own DNA,” and how susceptible you are to trauma. Two siblings in the same household can have a very different response to the same trauma. 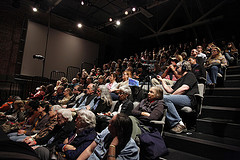 Katie Albright, the executive director of the San Francisco Child Abuse Prevention Center, added that children develop resiliencies in different ways and protect themselves naturally. But she also works to provide mechanisms to help both children and parents react when bad things happen. “We teach kids to use their voices” to tell a safe adult what’s going on–and we “teach parents to listen to them,” she said.

Karr-Morse explained that trauma is different for a baby. During gestation or in the first two years of life, more subtle issues like maternal depression can affect a baby chemically. “I was amazed to find that in many studies, maternal depression has as great an impact as childhood abuse and neglect,” she said, because it damages the attachment relationship between mother and child–which is normally “the best health insurance policy we have.”

How and when can medical practice and public policy intervene?

Working as a pediatrician for a high-risk population, Burke Harris noticed that when she took histories, in addition to having a variety of health issues and problems with behavior and learning, most of her patients were on the spectrum for trauma. When Burke read about the Adverse Childhood Experience (ACE) study–which showed that adverse childhood experiences correlate directly with a number of diseases–she realized that she needed to do something about it: “I give 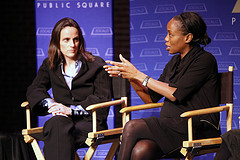 the tetanus shot all day long, but I haven’t treated a case of tetanus for a while.” The ACE study asked adults to answer questions about their personal histories–if they’d experienced events like parental divorce or emotional neglect, and if they’d lived with a parent who was an alcoholic or drug abuser. A child who has experienced four or more adverse experiences–as 12 percent of Burke Harris’s patients had-“is twice as likely to have heart disease, 2.5 more times likely to have hepatitis, and 46 times more likely to be an IV drug user.” At Bayview, Burke Harris interviewed parents to find out if their children had been exposed to trauma, then worked with colleagues–a social worker, a psychologist, an insurance counselor–to plug the family into the right resources.

Albright explained that prevention is key at the policy level as well as the personal level. This means everything from talking about good parenting to identifying at-risk children and families and providing multidisciplinary intervention. Child abuse is a public health problem, said Albright, and it should be viewed through a healthcare lens.

Karr-Morse stressed that childhood trauma crosses class and ethnic lines. Burke Harris concurred, explaining that the ACEs study was of adults who came from middle-class backgrounds. “In terms of how we’re looking at this challenge, its really important for us to recognize that it’s an issue for everyone,” she said. It’s epidemic.

“When you’re thinking about public policy change, it really is across all zip codes,” said Albright. The public policy approach needs not to fall on a particular group of people, she concluded. 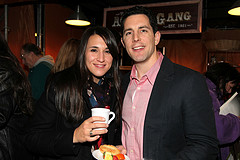 In the question-and-answer session, the audience asked the panelists to expand on their ideas about solutions. Burke Harris was asked what can be done to treat victims of trauma. As a scientist and physician, she recommended a combination of therapy, regular exercise–which increases endorphins to the brain and speeds up the metabolism–and “mindfulness-based awareness-type work” like meditation.

Albright put the issue into historical perspective, noting that it wasn’t until the 1960s that children’s rights became an issue. An abused child was taken to the Society for the Prevention of Cruelty to Animals because there was nowhere for children to go at that time. The role of children in the family and society began to change in the 1960s and 1970s, and Albright sees hope in the current climate. “It’s actually amazing that our potential presidents are actually talking about family issues,” she said. “It’s a great step forward for children in America that we’re beginning to talk about these issues at the presidential level.” 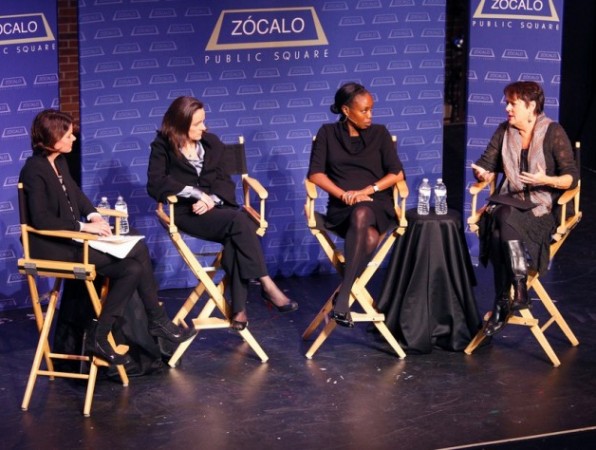