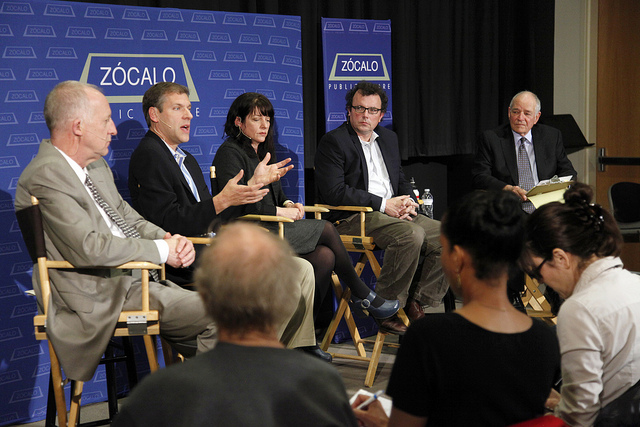 Is California’s solar gold rush destined to fail? That’s what moderator Warren Olney, host of KCRW’s Which Way, L.A.? and To the Point, asked a panel of energy experts at an event co-presented by KCRW at the Goethe-Institut Los Angeles. This was “an ominous question,” Olney noted, but California has a history of boom-and-bust industries. Also in the air–although it wasn’t broached until later in the conversation–was the collapse of solar panel manufacturer Solyndra, a fiasco that critics have cited as a sign that the technology hasn’t caught up with the enthusiasm of policymakers.

No, things are different now, said Lisa Margonelli, director of the Energy Policy Initiative at the New America Foundation. “We’re advancing toward a kind of tipping point” where solar will move from being a minor energy source to a major one. Although the government remains mired in a 30-year-old argument about whether it should subsidize solar power, the technological and financial reality has advanced far beyond this one issue. Look to California for proof: since 2005, the state has scaled up its production of solar power by a factor of 10, from 225 Megawatts to 2.5 Gigawatts, or roughly the amount of energy 2.5 nuclear power plants produce. 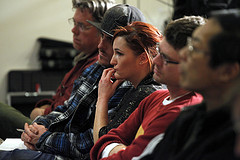 The City of Los Angeles has also bought into solar energy, said Ron Nichols, general director of the Los Angeles Department of Water and Power. The city is working on a number of different financial models, from solar incentive plans in which customers install their own panels to power purchase agreements in which a third-party developer operates panels. It’s also testing the commercial viability of bigger projects through smaller ones for now in order “to get a feel for different types of business models, sizes, scales, and locations.”

UC Berkeley’s Daniel Kammen, founder of the Renewable and Appropriate Energy Laboratory, spoke to the speed at which the technology is developing and the potential for solar power to become still cheaper and more efficient. Laboratories all over the world are competing to create better, less expensive technologies–and the Gigawatt scale California is currently operating on has the potential to scale up once again by a factor of 10.

Installation, too, is growing more efficient, said Jim Cahill of the consumer solar energy company SolarCity–and it’s creating jobs. Cahill’s company has grown from 20 to 300 employees in Southern California over the past few years. “The good news about solar installations is all the labor has to be from here,” he said. He predicted that installation costs would continue to drop and that the model might become similar to that of cell phones, in which the companies give away the phones but charge for the contract. 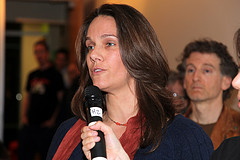 Financial innovations need to catch up to technological ones, said Kammen, pointing to Germany, where solar power has taken off, thanks to a new system of feed-in tariffs. Mandated by the government, feed-in tariffs allow solar panel owners to sell their power to utilities. We have the technological capacity to get the price of solar power down to one dollar per watt before 2020, said Kammen.

Margonelli agreed, adding that we still need to figure out the utilities, the government, and our legal framework as individuals. Solar energy changes our entire model, making “a house is analogous to a power plant now.”

Before opening the floor for questions from the standing-room-only audience, Olney returned to his opening gambit. The panelists seemed confident that California’s solar gold rush was not destined to fail, he said–but they hadn’t yet answered outright.

California has the capacity to meet its ambitious solar energy goals, said Nichols.

“It’s destined to fail if we don’t take advantage of the opportunities,” added Kammen. We do need to find a way to build solar panels for those who can’t pay for them themselves and to make the system for democratic and progressive. But there’s “no question we can make the California gold rush work,” he concluded. 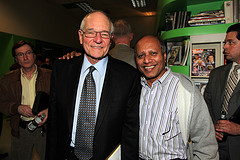 Audience members asked the panel to talk economics and to look further afield at the solar equation around the globe. Why was Germany able to install three times as many solar panels in one year as the entire state of California? The answer, said Kammen, is that we have more red tape and Germany has a better economy.

Should the U.S. try to manufacture less expensive solar panels here instead of buying them from China? Not really, said Cahill. Prices have dropped thanks to competition from China. “We’re way further along than I ever thought we’d be at this time,” he said. “I see the light at the end of the tunnel, where five years ago I didn’t even see the tunnel.”

In response to a question about whether solar panel prices can go down any further–and if solar energy still makes sense after rebates go away, both Cahill and Kammen were bullish. We’re still operating “in startup mode,” said Kammen.

“What we need to do is build [solar energy] and grow it so it’s not a flash in the pan,” added Nichols. We need to balance the costs with the ability to grow it more.

“This is not Ayn Rand’s capitalism,” said Margonelli. Utilities are a regulated industry, and public participation is needed to integrate solar energy into the grid–and to increase access. “It needs to be something everyone participates in and not just something for the people who can afford it.” 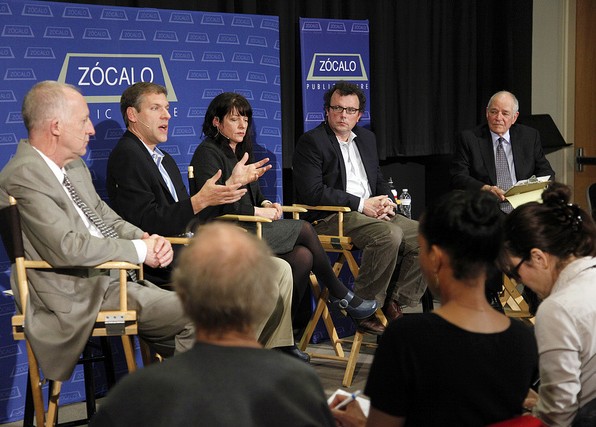