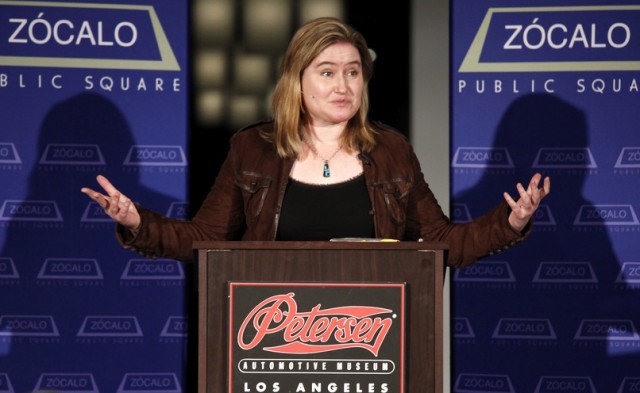 In 1997, Rebecca MacKinnon–who was at CNN’s Beijing bureau at the time–was having dinner with Chinese friends when she told them about a book she was reading. The book was about East Germany after the fall of the Berlin Wall, when German citizens suddenly got access to the files of the East German secret police, the Stasi. Germans were shocked to discover who had been informers. As MacKinnon told the story, one of her Chinese friends put his chopsticks down and said, “One of these days, something like that’s going to happen in China, and then I’ll know who my real friends are.” An uncomfortable silence fell over the table. 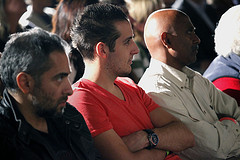 However, as MacKinnon, author of Consent of the Networked: The Worldwide Struggle for Internet Freedom, told audiences at the Petersen Automotive Museum in Los Angeles and the Arizona State University Art Museum in Tempe, if something analogous should happen in China, it will go quite differently. The world has changed, and surveillance today is electronic, impersonal, and comprehensive.

This is what happened in Egypt last year, when activists entered the state security headquarters. They didn’t find surprise informants in their files. Instead, “it was email records, it was cell phone communications, it was cell phone text messages, it was material captured from people’s computers”–and contracts between the government and Western companies providing surveillance technology. “Egypt’s transition is contentious, and activists there are assuming that this technology is still being deployed,” said MacKinnon, forcing them to do some of their organizing the old-fashioned way–on the ground. 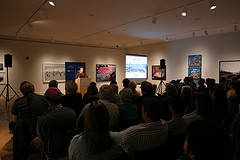 The transition after the end of dictatorship has been smoother in Tunisia, but the country is still grappling with issues of Internet security and freedom as they debate how to build a democracy in a Muslim state. Censorship has been reinstated as constituencies call on their democratically elected representatives to block “socially harmful” content. Who decides what gets blocked, and how do you make sure this power doesn’t get abused? “We can’t allow centralized censorship, because it’s going to be mission creep,” explained MacKinnon. What Tunisia needs–and what the U.S. and other Western nations need, too–is to build institutions and processes that support democracy in technology.

This debate has played out in Washington in the debate about the Stop Online Piracy Act (SOPA) and the Protect IP Act (PIPA). Although this legislation attempts to solve the problem of copyright infringement, many civil liberties groups, corporations, and nonprofits are concerned by the suggested solution: blocking websites and holding Internet platforms and social media companies responsible for the actions of their users. The debate here reverberates around the globe, said MacKinnon, pointing to Tunisian activists she knew who were concerned about how their politicians would react if the U.S. passed this legislation. 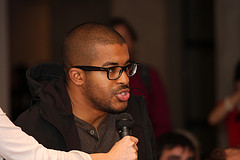 Right now, the Internet is regulated mainly by large corporations like Facebook and Google, who set their own rules as they go, with commercial ends in mind. Although activists might rely on Facebook in organizing protests, for example, a sudden change in privacy settings or policies can put these users at great risk. In 2009, Facebook abruptly changed its privacy settings to make friends’ social networks visible by default, alarming activists in Iran. Facebook’s requirement that everyone use their real name can also be dangerous for activists who might need to work anonymously. The choices these companies make affect not just our digital lives, said MacKinnon, but our political lives as well.

“My argument is that we need to think about the Internet … not just as users of the technology, but really as citizens of these digital spaces,” said MacKinnon. Unless we are proactive citizens, “we’re going to get the Internet we deserve.” We need to hold both companies and the government accountable for the way they regulate and govern our digital world.

In the question-and-answer session, the audience challenged MacKinnon and asked her to address their fears about the future.

How scary is e-commerce and the way businesses can track and monitor exactly what you buy and where you go online? 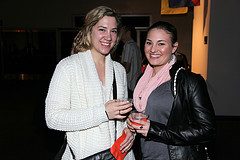 “In theory, people are consenting to this for the sake of convenience, and being able to shop online instead of having to go to the mall,” said MacKinnon. “But in reality, people aren’t aware of what’s being gathered and tracked.” Accountability is needed for how information gets used and abused, as is the option of knowing what information’s been gathered about you and opting out if you’d like.

Is the idea of freedom of speech a Western construction? In India, the government regulates hate speech–necessary action in a country where tensions run high. There is a debate going on India right now about this, responded MacKinnon. The problem is that “one’s person dissident is another person’s terrorist in some countries.” The easiest solution to thorny problems like hate speech is often censorship and surveillance, but, MacKinnon asked, “does that solve problems or just make politicians feel good about solving a problem?”

What can we learn from SOPA and PIPA? MacKinnon feels we may have hit a turning point, or at least a new level of awareness. There is “a global trend” of politically active people around the world seeking to exercise their influence as voters on Internet-rights issues–and that’s a hopeful sign. 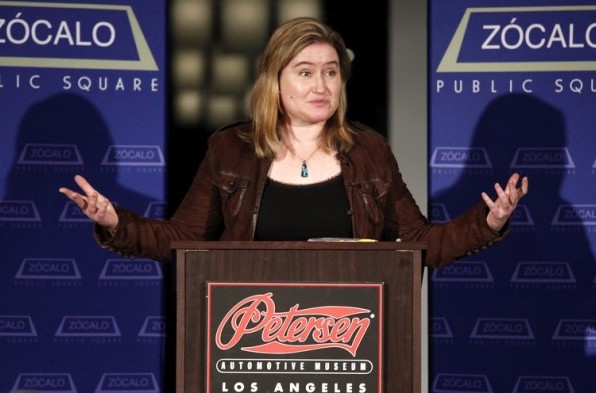