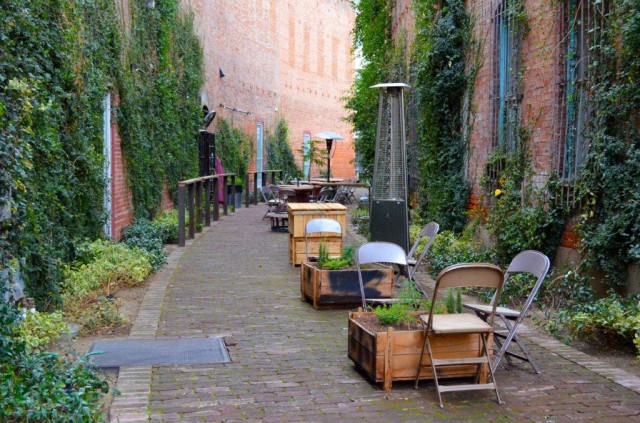 In L.A., I am known as a Valley guy. I represented the San Fernando Valley when I served in the State Legislature and when I was speaker of the Assembly. When I ran for mayor of Los Angeles in 2005, I held most of my meetings–whether with reporters, supporters, or fellow politicians–at my favorite watering hole: Art’s Deli on Ventura Blvd. Breakfast was always scrambled eggs with diced salami (you always should cook the salami first); and lunch was a corned beef on rye, with new pickles and coleslaw. I love Art Goldberg and his family–they are wonderful supporters of all things “Valley.”

But these days, I am also smitten by the “new” Los Angeles that is emerging in the Arts District (a much different “Arts” from the Valley’s “Art’s”) in downtown Los Angeles. In the past decade, the community has grown five-fold, from 10,000 to 50,000, largely hidden from the Los Angeles that most people know. My favorite haunt there is The Daily Dose (1820 Industrial Street, near the famous Church and State restaurant).

The Dose is a small, sequestered gem, hidden in a bended, ivy-covered-brick-walled alley that offers patrons the feel of a café in Italy–never mind the warehouses nearby that distribute large amounts of California’s produce. I find The Dose to be an invigorating place, almost magical. The food is all grown locally and overseen with great care by proprietor Sarkis Vartanian, a warm and generous fellow who does a lot to hold this emerging downtown community together.

In his idyllic hideway, you’ll meet regulars such as Ping Ping and Rabbit. Ping Ping is a young Beijing-born designer of artsy leggings that she creates a scant few blocks away and sells online to customers from Brazil to Bulgaria and beyond. Rabbit is an artist who makes furniture and also, happens to be the grandson of a former L.A. police chief. Or you might also come across Pace, who, by virtue of Groupon, conducts exciting cooking classes in her loft when she isn’t filming cooking shows there for various cable outlets. Ernie is an Ivy-League-educated Native American tribal lawyer for a prominent Southern California tribe who juggles her defense of Native American rights with her new Native American clothing line. (Check it out at Avelaka.com).

At Dose, a daily homage to a Chandleresque L.A., you will also meet the Chicago architect who bought a turn-of-the-century firehouse seeking to convert it into a high-end restaurant, and many others creating and innovating the next big thing, off the traditional business community’s grid.

The place is a microcosm of our larger community, a magnet for restless, innovative, and creative spirits from all over the planet that never cease to inspire. Creativity. Imagination. Reinvention. Such is the intoxicating mix of my beloved L.A. I relish my daily dose.

Robert Hertzberg is a former speaker of the California Assembly, co-founder of g24 innovations, a solar company based in the United Kingdom, and the co-chair of California Forward.