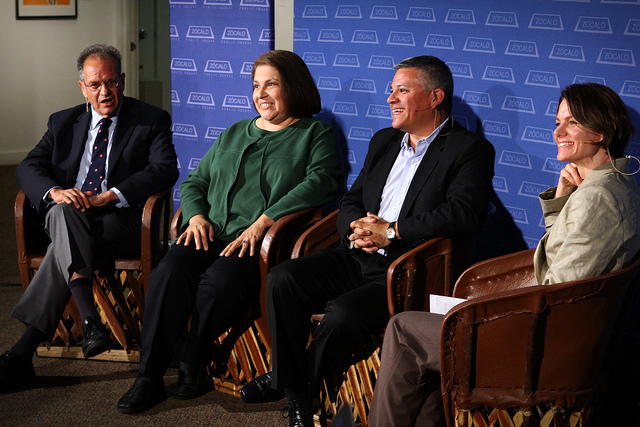 How can one of nation’s most unhealthy regions–the Central Valley of California–turn itself and its dismal statistics around? The answers lie in education, access, and addressing inequalities, a panel of healthcare professionals and advocates told a crowd at Fresno’s Arte Américas, at an event sponsored by the California HealthCare Foundation.

The Valley’s health problems are well-documented. John Capitman, executive director of the Central Valley Health Policy Institute, called its scores on the nation’s 10 leading health indicators (e.g., obesity and smoking rates and air quality) “a sad story.” The region meets national standards in only a couple areas, one of which is physical activity, thanks to its many farm laborers. But 40 percent of its adults are overweight or obese, while the national standard is around 15 percent.

These health problems are also deeply ingrained. When, asked moderator and KQED health reporter Sarah Varney, was the area at its healthiest? Capitman said that even in the 1970s the Valley performed worse than California and the nation, “but a little bit less worse.” 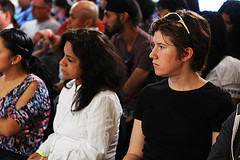 Sarah Reyes, the California Endowment’s Central Valley program manager, argued that the problems are bigger today only because the population is higher. “We have always been worse off than other parts of California,” she said, pointing to high poverty rates, a large immigrant population, and the region’s poor air quality.

However, said Capitman, certain demographics–insured and educated white men, for example–are healthier than the state or national averages. The problem lies in disparities that aren’t being addressed by our current healthcare system.

That system hasn’t changed since the 1970s, explained San Joaquin Valley Rehabilitation CEO Edward C. Palacios, and as a result people don’t know where or when to get healthcare. As a hospital administrator, he said, “We can deliver care and education to the people who access us, but how do we go out to educate others?”

The Central Valley’s large undocumented population is particularly challenging to reach. Many illegal immigrants rely on emergency-room treatment–the most costly option but also the only one that’s guaranteed by federal law, since ERs are prohibited from turning anyone away. We’re hiding from this issue, said Capitman, and even though the Affordable Care Act has the potential to insure a million more people in the region, it won’t help undocumented patients. 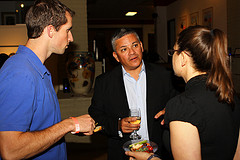 Even when organizations have aimed education efforts at the region’s lower-income residents, they’ve struggled to succeed. Reyes said that lecturing people about exercise hasn’t worked in the past, but the California Endowment has had success with increasing people’s access to it. It has sponsored boot camps with local boxing champion Jenifer Alcorn at Fresno’s public parks that are drawing large crowds on the weekends.

Hospitals are taking a similar approach. “We’re going beyond the hospital walls and finding out where the community resources are and trying to make those connections,” said Palacios. It doesn’t stop at finding someone a wheelchair, he said. We also need to make sure the patient is going home to a place with wheelchair access.

Education and access go hand in hand, said the panelists. Capitman has found that young mothers don’t take advantage of prenatal care because they find it “culturally inconsiderate and downright insulting.” Warning these women that they can expect to be insulted–and also why prenatal care is helpful and what they can demand from the system–goes a long way.

When it comes to getting people to eat healthier, said Reyes, the presumption is that building a grocery store in a neighborhood that’s a food desert is enough to solve the problem. But grocery stores are front-loaded with junk food, and many people don’t know how to prepare fresh fruits and vegetables. The California Endowment is working on storefront conversions to move junk food to the back and healthier options to the front, while Fresno County’s Economic Opportunities Commission is sending dietitians into grocery stores with mothers. 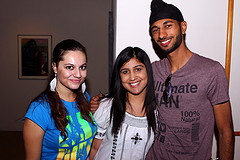 But Capitman believes that the problem lies still deeper–and isn’t limited to the Central Valley. “It’s about getting a shift in our cultural conversation,” he said. The Central Valley’s failing health “is just a symptom of a larger process where we’re allowing communities to fail.”

In the question-and-answer session, audience members asked the panel what’s next on the education and policy fronts. What’s the tipping point in convincing the masses that healthcare change is needed?

Palacios thinks that many movements are working independently and instead need to share their work with one another. Reyes said that people should start by admitting that there’s a problem that goes beyond personal responsibility. “The tipping point comes when folks realize it’s not a level playing field,” she said.

Can California move ahead if the federal healthcare reform law changes? Yes, agreed the panelists. Long before the Affordable Care Act came to the federal level, said Reyes, California was already working on reform. 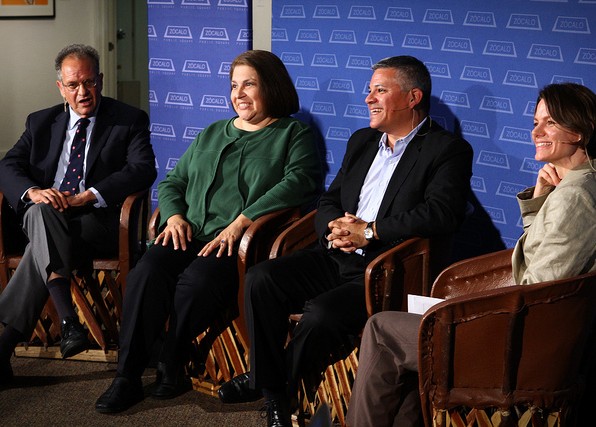