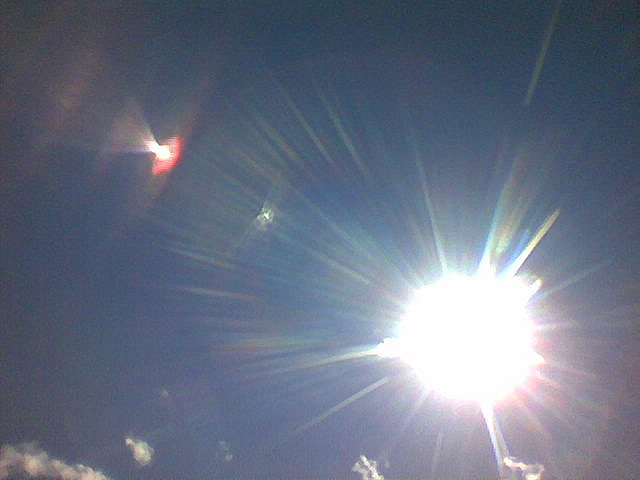 I moved to Los Angeles when I was a new mother. I was 25, and JD, the father of my child, was 16 years my senior. In the previous two years, we had moved from New York City to Ohio, to the Hamptons, back to New York, and then to Idaho. JD, a chef, always had a hard time getting along with colleagues. Whenever he’d quit or get fired (and one or the other would usually happen within a year), he’d move us to a different city.

I was naïve and viewed the constant moves as a reasonable survival strategy, as a sign he was reliably taking the initiative to look for new work despite the setbacks. I didn’t consider that the problem might be the man, not the jobs.

Part of it was that we had different backgrounds. I was born and raised in China, and I went to Fudan University in Shanghai. I first came to America when I did my graduate work at Kent State University in Ohio. My goals were those of a stereotypical Asian: be a good student, attain your post-graduate degree, get a good job (ideally that of doctor), and make your parents proud. JD, Korean-born but raised by adoptive parents in America, was an older man with a turbulent childhood, and he was worldly and cynical.

I wasn’t happy to move to Los Angeles. I had moving fatigue, and I’d given birth to our son just a couple of months earlier. But I agreed to it. We moved to the South Bay area of Los Angeles, close to JD’s new job. After a few months, he got fired once again. Then he got an opportunity to be the owner of a restaurant. He was working at a place that had too much overhead, and the owner was willing to transfer the ownership–along with the bank debt–to him. This was a longstanding dream come true for JD. He had always envisioned having a family restaurant in which he worked in the kitchen and I worked in front.

When we first met, I’d told him I would one day work in a family business with him. Not long after we arrived in L.A., however, I got offered a job in market research. I’d been a student all my life, and now I was being presented with an opportunity to be employed and make my own money. I told JD I felt I couldn’t turn it down. JD, who wanted me to join him in buying and running the restaurant, reacted badly. He started to withdraw. Soon, he was talking about moving again. He began to say things like “I feel trapped in the relationship” and “You betrayed me.” Finally, when I said I didn’t want to move again, he moved out by himself and left me behind with our 18-month-old son. I was devastated. My heart was shattered into a million pieces, each one carved with one word: guilt.

But another word burdened me even more heavily: shame. What would this mean to my family, which was entirely solid and functional? What kind of shame would I bring on my parents? I was the daughter who had never let them down. How would I live down the shame of becoming husbandless and forced to raise a child on my own? How were my parents supposed to tell our relatives, friends, or neighbors? Asians just don’t become single parents. Period. They are doctors and married–with kids! I’d fallen short of both their expectations and mine.

When JD moved away, he left behind household items. One of those was a television, which I initially kept running most of the time to keep myself from thinking about my troubles. But it turned to out to provide more than distraction. I’d watch what was on offer and find myself surprised–correction: shocked–to see how the celebrities in this town operated with so little sense of shame. Zero shame, actually. I’d see one of the Kardashians get arrested for drunk driving or nabbed with cocaine in her handbag. I’d see Paris Hilton talking about a sex tape. “So what?” was their reaction. It was just a chapter–maybe even just another marketing strategy. I was entranced by all the bickering and hair pulling and earring dragging. All done without shame. Was it the weather? Was it Hollywood? And how did people develop that mindset–because I wanted it for myself.

Instead, as I woke up each day to a sunny and cloudless Southern California sky, I thought about how to overcome my sense of shame and reveal the truth about being single–about having been abandoned by the father of my child. Even though I was raised in an educated and liberal environment, by Chinese standards, my own family members still talk about separation and divorce in a hush-hush way.

So I kept the news to myself for as long as I could. When people asked after JD, I always said he was at work. After six months, I started to confide to my closest friends what had happened. After a year, I started to tell less-close friends. But I still did not have the courage to inform my parents. I’d use the work excuse, but my mom started to get suspicious. “He’s always at work and you guys are still broke?” she asked.

I took up running to ease the pain. I’d run on the Redondo Beach Strand, close to my apartment, whenever possible. I’d run on a treadmill when I couldn’t get away from my son. I became deeply grateful for the beautiful weather in Los Angeles. How can you cry and tell yourself how miserable your life is when you see jovial locals and tourists walking around, getting a tan, and munching on cotton candy? Not to mention the pleasure of seeing football players, teen soccer teams, and bodybuilders in training-all busy on the Strand.

Apart from my son, the other thing that kept me going was my career. I couldn’t imagine a life without one. I grew up hearing my grandmother’s story of how she had given up her chance of being promoted to the head position of her school in northern China in order to become a full-time mother. On dark nights, she’d tell me how much she regretted her decision. On bright days, she’d tell me how much hope she had for me. She spent most of her days maintaining two alternative lives, one counterfactually as the wishful headmistress, the other vicariously through me.

I could have taken my grandmother’s course-regretting a life decision, hating the man she’d married–but she was a woman born in the 1930s in a small Chinese city. I was here! This was Los Angeles! I was living in a city that I loved. What the heck? Why was I still feeling so ashamed?

Eventually, I stopped watching reality shows and sold my TV. It had served its purpose. I continued my running. I found a wonderful therapist and talked to my amazing friends. I traveled out of town to reconnect with old acquaintances and to experience the cold weather and snow.

One weekend night, I called my mother. She asked me again why JD was always working. I mumbled an excuse. Then she said, “It’s time you leave him. You deserve a better man.” I trembled and burst into tears. I was struck by a multitude of emotions at once: relief, gratitude, sadness, happiness. But I was too shocked to speak. I simply said, “Mom, there is something I need to tell you, but I’m going to hang up now, and I will write you a letter.”

I am still living in this beautiful city with 80-degree winter days, occasional earthquakes, and a mainstream culture that screams, “Whatever you do, do not apologize!” My parents were supportive. My friends grew even more understanding. No one attached a stigma to my single motherhood.

So: did Los Angeles cure my shame? It certainly helped.

Jinghuan Liu is a market research professional in Los Angeles.