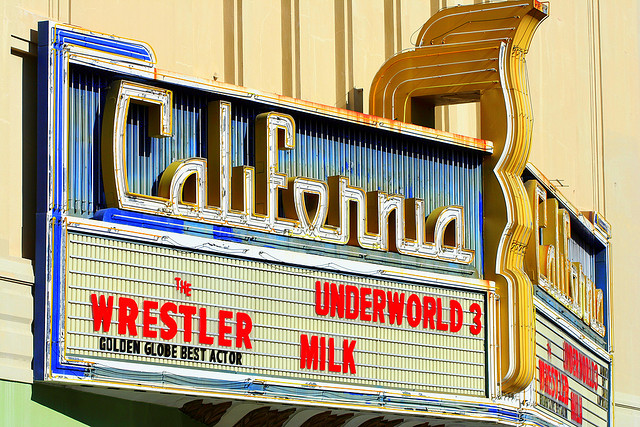 California, you might think, is a terrible place that people are fleeing from. One reason you might think so is that a cottage industry of pundits, business lobbyists, and politicians has been dedicated to convincing the world that California is and will remain a failure until our prevailing cultural and political climate changes. In this game, demographics are treated like a football. But the people of California are the demographics, and they may not like being tossed about.

The doomsayer narrative presupposes that any place not booming with growth must be a failure. But any change can be taken as a sign of doom. If the number or proportion of white residents is declining, doomsayers cry “flight,” which is bad. Conversely, if minorities are declining, that must be a sign of gentrification, which is also bad. If the population is getting older, that’s a sign of failure, and if it is getting younger, then where have all the wise older people gone? Any demographic change can be spun as criticism to advance an agenda.

The doomsayer critics playing with demographics typically cite three reasons for the state’s woes: Business taxes are too high, development regulations are too strict, and planners are dictating lifestyles that people don’t want. Meanwhile, the people of California wonder if some of these claims are true. Demographers are experts, after all. Aren’t they?

Meg Whitman, running for governor in 2010, was only one of many politicians in recent years to adopt the doomsayer narrative. “We are, you know, crushing the California dream,” she told Sean Hannity on Fox News. “And people are moving to Colorado and Arizona and Texas and Utah, because it’s simpler and easier to do business.”

A more recent instance of doomsaying appeared in a Wall Street Journal interview with Joel Kotkin, the contrarian writer on urban matters. The feature, headlined “The Great California Exodus,” received a great deal of attention for its shocking tale of California’s demographic failure. “Nearly four million more people have left the Golden State in the last two decades than have come from other states,” read the introduction. “This is a sharp reversal from the 1980s, when 100,000 more Americans were settling in California each year than were leaving.”

Shocking, but misleading–and dangerous. Crying wolf will only succeed in getting the public to ignore all the demographic trends, some of which indeed have vital importance. A more realistic picture of California’s health and attraction is painted by a different measure of migration, one that in fact leads to the opposite conclusion.

People can leave a state for many reasons. California has many dabblers who try it out and then head home. Migration is a sorting process that can work in California’s favor, acting like a gold pan that sifts through aspiring talent and keeps the best. (New York is even more extreme in this respect.)

Do Californians really care how many New Yorkers move back to New York or on to Las Vegas? For the most part, no. What local residents care about is how many of our own friends, especially our children, leave the state. If native Californians start fleeing, then we know we are in trouble. So what do the data tell us on this?

California, in fact, holds its own. When it comes to retaining native sons and daughters, California has the fifth-strongest attraction of all 50 states. Among California-born adults who were at least 25 years of age and old enough to have moved away, fully 66.9 percent were still choosing to reside in the Golden State in 2007, the last year of high migration before the recession held people down. Texas, with 75.1 percent of native Texans still living in the state, has the strongest loyalty, and the other three rounding out the top five are Wisconsin, North Carolina, and Georgia. California’s top-five ranking is all the more impressive when you take into account the state’s high living costs and other negatives. We must have something going for us.

Nevada, as you can see here, ranks in the bottom five of states’ retention of native-born population, despite being touted as a beacon for those fleeing California. If you can’t hold your own, you’re not worth the chips you’re built on. On this key measure, California is a full house, Nevada a busted inside straight. And yet you’d never know how enticing California is for its native-born residents from the overwrought narratives.

When it comes to the question of how much growth is desirable, the last decade of booming population growth in California was the 1980s, when over 6 million people were added. That is Kotkin’s apparent standard of excellence. But the 1980s were a big anomaly. It might have had something to do with Texas being in an oil bust and the Midwest hitting the worst of its rustbelt slide. Or perhaps it had to do with Ronald Reagan occupying the White House and launching a campaign of defense spending to outmuscle the Soviets, with much of the spending focused on southern California’s aerospace companies. California, in that decade, was a magnet without competition.

But, rest assured, California is hanging in there. This giant state has an economy that is equivalent in production to the eighth-largest nation in the world. The state certainly is afflicted with political gridlock, but so is Congress. It’s an American malaise. California still has unique assets to be deployed in the 21st century economy.

In reality, the demographic picture in California is brighter than it has been in decades, provided we meet one key challenge. New studies show that the state’s immigrants have settled in and the growth in the workforce now rides on the skills of homegrown Californians, many the children of immigrants. The main threat in California isn’t about business climate or the types of homes being built. It is about the defunding of higher education and the failure to invest in the next generation of workers, taxpayers, and homebuyers. If there is any doubt about California’s future–and this is no crying wolf–that is the demographic challenge to keep your eyes on.

Dowell Myers, a professor in the Price School of Public Policy at the University of Southern California and a fellow at the Center for Social Cohesion at Arizona State University, is the author of Immigrants and Boomers: Forging a New Social Contract for the Future of America.