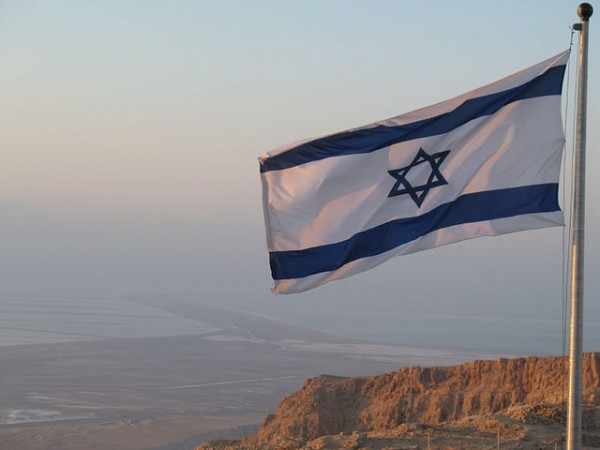 In his latest book, Peter Beinart argues that Israel is on a trajectory that is increasingly at odds with its founding Zionist ideals. The risk is that Jewish-American liberals, who are traditionally staunch supporters of Israel, will become increasingly alienated and disengaged from the Jewish state. In advance of Beinart’s visit to Phoenix for the Zócalo event “Can Israel Save Its Democracy?” we asked several prominent Jewish Americans a simple question: What should American liberals want for Israel?

What should liberals want for Israel? What we want for every polity–a peaceful, decent society and republican government, marked by democracy, respect for the rights of minorities, the rule of law, and human dignity. Those are all easier said than done anywhere, and like all ideals never fully realizable anywhere on earth, but some places are closer than others. Israel is closer than most, not as close as some, and on the other side of the Green Line much farther away than it should be.

All the above, it must be said, are things we never expected from the Palestinian Authority. Too many of us looked the other way as Yasir Arafat built a police state in the occupied territories, a shortsighted and deeply counterproductive bit of policy. The current Palestinian premier Salam Fayyad is doing his (too lonely) best to build a decent society, to the consternation of both Hamas and Fatah, and he deserves liberal support.

Now what does the Israeli left want from American liberals? Help, of course, material and moral, in our various struggles, not all of which are over Judea and Samaria, and understanding–of the complexities of our situation, and of the ways in which American liberal-conservative categories don’t neatly map onto Israeli politics or onto our thorny situation.

We also would appreciate humility, given that we have to live with the consequences of policies and decisions. And we’d even dare to hope for a willingness to learn from us about maintaining liberal values in gritty places where they are not always taken for granted, and about the practice of what Michael Walzer calls “connected criticism,” keeping solidarity and faith with your society and its people even when you call it to task.

Yehudah Mirsky served in the US State Department’s human rights bureau and has lived in Jerusalem since 2002. He writes regularly for Jewish Ideas Daily and The Daily Beast‘s Open Zion, and his biography of Abraham Isaac Kook is forthcoming from Yale University Press.

What any liberal would want for any place

What am I missing here? Can one really be courting controversy to suggest that American liberals should want for Israel what they would want for any other country, issue, or cause, including America itself?

If respect for human rights, international law, equality, international humanitarian law, freedom and democracy are considered liberal values and help guide liberals’ beliefs about what is right, then these standards should be applied equally towards Israel. Unfortunately for both Israel and America, this is not always the case.

For instance, American taxpayer dollars, or charitable tax write-offs, subsidize illegal Israeli settlements. Israeli settlement products benefit from America’s free-trade arrangements with Israel. Where is the liberal outcry about this? The fear of terrorism or insecurity demands vigilance and smart counter-strategies, but cannot be a pretext for abandoning these values, whether in Israel or the US. Every day Palestinians in the occupied territories are denied basic rights and freedoms, Palestinian citizens of Israel face deeply entrenched structural discrimination, and Israelis in general see democracy at home being squeezed.

We as liberals should want a progressive, secure, peaceful and democratic future for Israel. To pretend that those things can coexist with the ongoing (45th anniversary approaching) occupation does a disservice to both politics and principles.

But the bad news for liberals who prefer an easy life is that one also cannot be quite so reductionist. The one existing example we have of a self-defined “Jewish democratic state” has yet to fuse those two terms in a way that can leave liberals satisfied. That does not have to be an impossible mission, but we are not there, far from it. A liberal vision for Israel begins with liberal Israelis. They exist: the New Israel Fund’s list of grantees is a good place to look for them. American liberals should be taking their cues from those folks–not from officials, ambassadors, or lobbyists dedicated to defending a deeply illiberal set of existing policies and policymakers.

Daniel Levy is a senior fellow at the New America Foundation and the European Council on Foreign Relations.

What Israel already has: imperfect but improving democracy

For several years now, critics of Israel have been claiming that liberalism and democracy are in “crisis” in Israel. How accurate is that claim? In my view, the test of a democracy is not whether it meets a perfect ideal but whether it gives people the freedom to challenge the system and exercise their rights. On that front, Israel is a very busy democracy in action.

It allows, for example, professors like Neve Gordon of Ben-Gurion University to call for a boycott of his own country; Israeli NGOs like Adalah to engage in campaigns that aim to delegitimize the Jewish state; organizations like the Israeli Committee Against House Demolitions (ICHAD) to participate in anti-Israel activities like the “Free Gaza” flotilla and receive funding from foreign governments hostile to Israel; human rights groups like Machsom Watch to monitor and heckle Israeli soldiers at checkpoints; and Arab members of the Knesset to engage with Israel’s enemies and visit with terror groups like Hamas.

The list goes on, but you get the idea: Israel is home to a staggering amount of liberal activity, some of it even harmful to the state. And in addition to the hundreds of human rights groups, there is also an abundance of critical journalism, art, literature and film that is spawned by Israel’s open society.

Does this mean there are no flaws in Israel’s democracy? Of course not. Like every democracy, Israel has its share of racists and extremists. But what it does mean is that if you want to criticize Israel’s democracy, it helps to include the whole picture: Israel is a tiny nation under siege trying to balance its democratic and Jewish character while still allowing enormous freedom for people to challenge the system.

Two separate states based on the June 1967 border

American Jews are broadly liberal, and being liberal means basically three things: respect for public opinion, the rule of law, and human rights. Often these principles clash. In the Israel-Palestine conflict, however, they do not. A broad international consensus has crystallized on how to resolve the conflict. The sole obstacle to reaching a settlement on these consensual terms is Israel, backed by the U.S.

Every year the U.N. General Assembly tables a resolution, “Peaceful Settlement of the Question of Palestine,” that calls for two states on the June 1967 border and a “just resolution” of the Palestinian refugee question based on the right of return and compensation. Every year the vote is the same: the whole world (including Iran) on one side, Israel and the U.S. (and some South Sea atolls) on the other. The vote this past year was 167-7.

In 2004 the International Court of Justice rendered an advisory opinion on the legality of the wall Israel has been constructing in the West Bank. It stated that, based on the principle of the “inadmissibility of the acquisition of territory by war,” Israel had no title to any of the Gaza Strip or the West Bank (including East Jerusalem), which the Court denoted “Occupied Palestinian Territory.” It also declared illegal “the Israeli settlements in the Occupied Palestinian Territory (including East Jerusalem).” Not one of the 15 judges sitting on the ICJ registered dissent from these principles and conclusions.

Meanwhile, Amnesty International and Human Rights Watch have both upheld the right of Palestinians who fled or were expelled from Israel, along with those of their descendants who have maintained substantive links, to return home.

Two conclusions ensue from this documentary record: (1) No ambiguity exists on the principles for resolving the Israel-Palestine conflict. (2) The international community has repudiated the official Israeli positions. It was presumably for this reason that during negotiations in 2008 then-Foreign Minister Tzipi Livni told her Palestinian interlocutors, “I am a lawyer, but I am against law–international law in particular.”

To be consistent with liberalism, American liberals should support the broad consensus of public, judicial, and enlightened opinion.

Norman G. Finkelstein is the author of eight books, most recently, Knowing Too Much: Why the American Jewish Romance with Israel Is Coming To An End, available exclusively at orbooks.com.