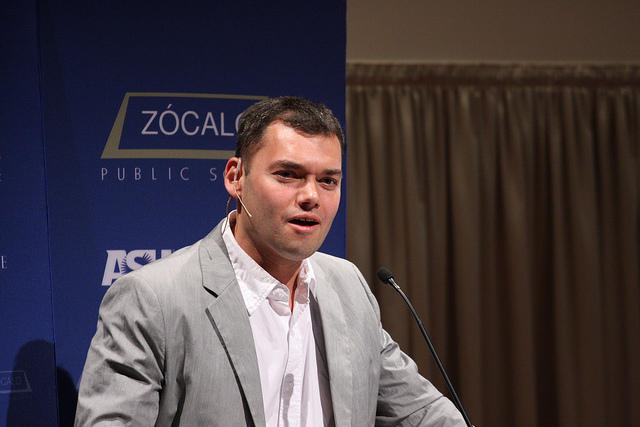 Peter Beinart started his talk at the Heard Museum in Phoenix with praise for Israel. Israel’s creation, Beinart said, has been a blessing for the Jewish people. It has provided a homeland and refuge for Jews from around the world, it has made Hebrew a living language, and it has bound together Jews everywhere. But “these inspiring, even miraculous, accomplishments” are under threat, for “if democracy is not the entirety of the Zionist dream, it is essential to the Zionist dream.”

Beinart, a former editor of The New Republic and columnist at The Daily Beast, was speaking to a full room at an event co-presented with Arizona State University in partnership with Valley Beit Midrash. Because his latest book, The Crisis of Zionism, is often critical of Israeli government policy, Beinart anticipated some tense moments. As things turned out, however, disagreement remained civil, even friendly, and guests grabbed a glass (or two) of wine at the bar after the lecture and sought out the speaker for further conversation. 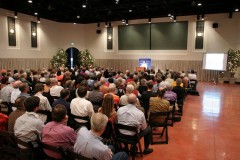 For Israel today, “the problem is not that Jews live in the West Bank,” Beinart said. It’s that citizenship is ethnically based. Jews in the West Bank carry identity cards of one color and enjoy full rights of citizenship, while Palestinians in West Bank carry identity cards of another color and do not enjoy such rights. If this arrangement is made permanent, Israel “will be forced to choose between its Jewish and democratic character.”

Beinart said he wanted to be clear that he didn’t intend to spare Palestinians from blame. At a minimum, their leaders have been corrupt and brutal, and they have committed indefensible acts of terrorism. “But even if I conceded every nasty thing that could be said about the Palestinians, it is not the Palestinians paying Israelis to move to the West Bank,” Beinart said. That’s being done by the Israeli government.

Beinart said that former chiefs of Israel’s security services have made similar points. So why, he asked, when so many Israelis are questioning settlement policy in the West Bank, are so few American Jewish leaders doing so?

The answers from Jewish American organizations tend to run along two lines. The first is that they feel it’s not their place to raise questions, since they don’t have to live with the policies they propose, nor do they have to fight in the Israeli Defense Forces. The second is that leaving the West Bank might imperil Israel’s security. 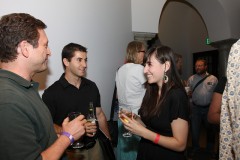 What American Jewish leaders must abandon is what Beinart called the “familiar narrative” of the Jews as a weak people threatened by outside force. “Even though we face external threats,” Beinart said, “the Jewish condition has fundamentally changed.”

American Jews grow up with power and privilege, and Israel has become a regional superpower. “We don’t talk very much about Jewish power,” Beinart said, lamenting that there has been a “failure to talk about what happens after victimhood and survival.”

The Jewish tradition, created in powerlessness, must likewise endure in power. Israel, said Beinart, “was born to live the Enlightenment ideals that Europe betrayed.”

Beinart said he wrote the book to preserve the blessing of Israel’s existence and out of a belief that the fate of his children is “intertwined with that of a small nation half a world away.”

The question-and-answer session got to fundamentals. Why not, asked one audience member, have a one-state solution? After all, the United States is diverse, too. Beinart replied that as “anti-utopian liberal,” he wanted a plan for the real world. He added that bi-national states are fragile even under the best of circumstances. “It barely works in Belgium,” he noted. “These are two communities that need to be separated.”

Another questioner asked why Israel should leave the West Bank, given how poorly the Israeli withdrawal from Gaza turned out. 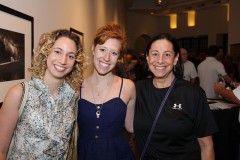 The Gaza withdrawal “was a unilateral move,” said Beinart, not a negotiated departure. The better precedents for how to conduct a withdrawal from the West Bank were the peace deals Israel made with Egypt and Jordan, though saying that doesn’t mean leaving the West Bank would necessarily end well. “The question is simply what is the balance of risks,” Beinart explained.

A final question concerned the intentions of Palestinians. Could Israel ever safely make deal when the Palestinians were such uncertain partners in peace? Beinart first noted that about 50 percent Palestinians polled say they support a two-state solution. More important, though, was to ask Palestinians themselves rather than speculate about what they want. “We make ourselves stupid when we don’t listen to Palestinians” yet talk about them all the time, Beinart said. It also leads to Jewish students encountering Palestinian points of view for the first time only when they get to college.

Traditionally, one of Judaism’s strengths, Beinart said, has been openness to honest argument. With non-Jewish opponents in debate, sometimes “we understood their arguments, even if they didn’t understand ours.” But without a proper understanding of the other side, he said, it’s harder to defend one’s own. 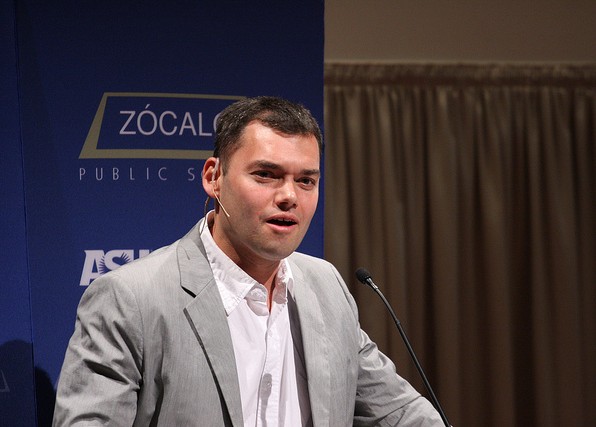