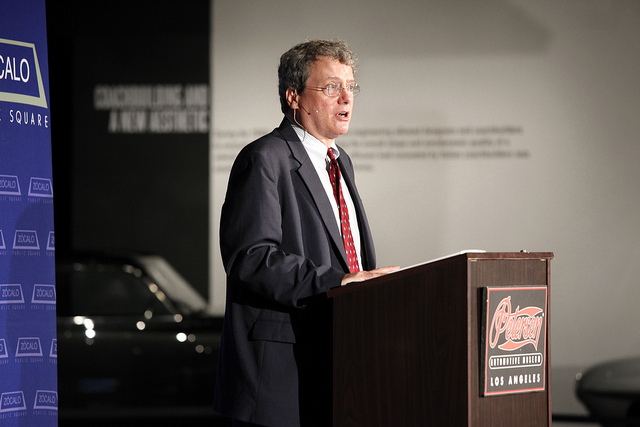 Is America’s growing income inequality an inevitable product of capitalism and global trends? New Republic editor Timothy Noah, author of The Great Divergence: America’s Growing Inequality Crisis and What We Can Do About It, thinks not.

Before 1979, the incomes of America’s middle class grew faster than the incomes of those at the top economic echelons. But, Noah told a crowd at the Petersen Automotive Museum, “incomes have been growing more unequal since 1979–steadily more unequal.” America is experiencing what economist Paul Krugman has called “a great divergence.”

According to Noah, the great divergence consists of two separate divergences. The first is between people with college or graduate degrees and people with lower levels of education. The second is between the 1 percent (people in the financial industry and leaders of corporations) and the 99 percent (everyone else). 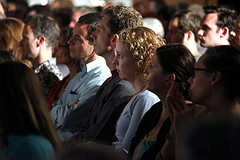 This shift coincided with the collapse of America’s labor movement, which peaked in the 1950s. Today, the ranks of organized labor are as small as they were when Franklin D. Roosevelt was elected president. “It’s as if the New Deal never happened,” said Noah. Unions no longer exert the same power over our economy.

Since 1979, the wealthiest 1 percent of Americans have doubled their share of the nation’s collective income. And although the rich were hit hard by the recession, as of 2010, 93 percent of recovery monies ended up in the pockets of the 1 percent. “This was, as of 2010, a members-only recovery,” said Noah.

A number of other causes of the income gap have been cited by economists and pundits: discrimination on the basis of race or gender, immigration, global trade, and offshoring. But most of these have had less of an effect than we think, Noah argued. 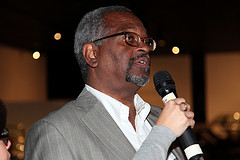 In any case, why should we care about income inequality?

One is sociological. “Democracy really requires a thriving middle class,” said Noah. The polarization and mistrust we’re experiencing socially is damaging our political system and our unity. The other is economic. The middle class is no longer invested in the nation’s prosperity. “If I’m a middle-class worker earning at the median, and I am not going to see any more money if I improve my productivity, then why do I have to care about how good a job I do, or if my company prospers, or if the country prospers?” asked Noah.

In the question-and-answer session, audience members challenged Noah about other possible drivers of income inequality and asked what type of solutions he offers.

In response to a question over whether the change in taxation rate has been a major factor, Noah noted that the top marginal tax rate has been cut in half since Ronald Reagan became president. But our income tax today is slightly more progressive than it was in 1979, and so it hasn’t contributed to wealth disparity as much as we think. And although the government is about 25 percent less redistributive with Americans’ money today than it was in 1979, this isn’t what’s driving income inequality either. “The government is doing less to fix income inequality, but there’s a whole lot more of it than there used to be,” said Noah. 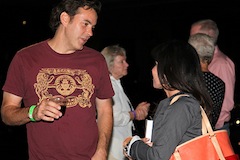 Another audience member asked whether technology is a big driver of this change. A company like Facebook has huge revenues but employs thousands of employees rather than tens or hundreds of thousands. This is part of it, said Noah. “In general we’ve seen there’s been a documented decline in how much of the GNP goes to wages as against how much goes to capital,” he said–but this can be attributed to the waning influence of the labor movement as well.

What about the decline of manufacturing? This has been a global phenomenon, Noah said, yet other countries aren’t experiencing the same level of disparity as America.

And how does Noah propose solving this problem? He admitted that his suggestions are not politically viable in the short-term, but he believes they have long-term potential and could do much to improve the lot of the middle class. Raising the minimum wage would help many working adults and would have a ripple effect–“it tends to raise wages across the board,” he said, and it also increases worker productivity. Improving the U.S. education system–starting with universal preschool–and capping the cost of higher education would also assist the middle class. And although both the left and right alike “don’t want to hear about reviving the labor movement,” Noah believes that there is no other alternative that will protect workers earning a median salary. 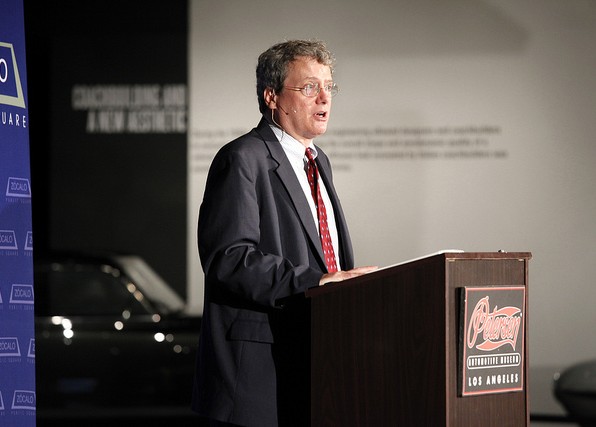