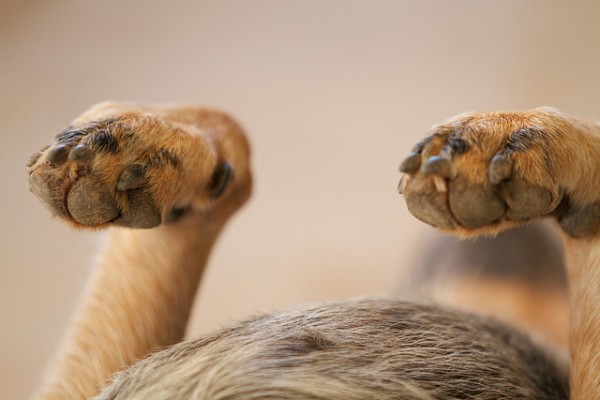 In America, vigilance is a virtue. We are told that we must keep watch over our government. But we also have busy lives. For much of our history, vigilance has been the work of newspapers and, more recently, other media organizations. But traditional media are falling on hard times, and, with the greater size and complexity of government and business, the cost of vigilance has become too high for many institutions to play. In advance of a Zócalo and Cal Humanities event in San Diego, “What Does Vigilance Mean After Newspapers?“, we asked media mavens who or what can step up to play its watchdog role, helping to keep powerful institutions accountable?

Collaborations between citizens and journalists

Some 100 years ago, the American journalist and humorist Finley Peter Dunne wrote that the role of newspaper was “to comfort the afflicted and afflict the comfortable.” His words sum up the watchdog role that professional media is presumed to play. Yet recent research from the United Kingdom shows that more than half of the articles in British newspapers are, at least in part, based on press releases.

Despite these worrying figures, watchdog journalism is alive and thriving. The problem is that we don’t recognize it because it doesn’t look much like the watchdog journalism of the past. We tend to think of journalists as working for large, influential media institutions that have the time, money, and resources to keep an eye on the powerful. Today the mainstream media has less staff, less money, and an image problem with young people who describe news as “garbage, lies, one-sided, propaganda, repetitive and boring.”

Watchdog journalism today is networked, distributed, and collective-the product of collaborations between journalists and the people we used to call the audience. The Internet and new, rapidly developing digital tools allow for forms of journalism that leverage the power of the network. This is not wishful thinking either. This is already happening. Connected, digital technologies offer ways for people to connect and collaborate in ad hoc networks around issues they care about.

In Kenya, after the contested election of 2008, a group of bloggers and software developers created the Ushahidi website that mapped out reports of violence submitted by citizens, providing better information on human rights abuses than in the Kenyan mainstream media. Since then, the ad hoc group of volunteers has grown into a non-profit tech company that creates software tools to enable citizens to share their stories. In the UK, the Guardian newspaper put thousands of expense documents of members of parliament online, and turned to its readers to analyze the data; they found unjustifiable expenses and corrupt practices. Another UK project, HelpMeInvestigate, connected journalists with concerned citizens to pursue issues of public interest.

During the Arab Spring, NPR’s Andy Carvin became a key information broker on Twitter. Carvin pieced together reports from demonstrators, shared links to videos and photos, and verified information with his followers on Twitter to create a must-read account of the convulsions in the Middle East in 2011. This is what watchdog journalism looks like in the 21st century.

Alfred Hermida is an associate professor of journalism at the University of British Columbia. A former BBC television, radio and online journalist, he is a co-author of Participatory Journalism: Guarding Open Gates at Online Newspapers (2011). He is currently working on his forthcoming book, Tell Everyone: How the Stories We Share Shape What We Know and Why It Matters.

We still need a professionalized journalistic counterweight to powerful institutions, but that kind of work has spread beyond the traditional news media. Although “citizen journalism” has grown, these web-enabled monitors are unable to fill the resulting “watchdog gap.”

A good bet to fill the gap is the sector of non-governmental organizations, which has grown rapidly around the world. NGOs mobilize action around issues, such as human rights and the environment, and thus receive standing and influence to create new journalistic “spaces” in less traditional places.

Like other interest groups that want to grab news attention, NGOs have had to become more media savvy, packaging their messages into publicly appealing stories; Greenpeace’s strategically coordinated media events come to mind. Many go further in producing what resembles news, even circumventing the traditional news channels. Others have become skilled at packaging news while adding social media and other platforms. Human Rights Watch, for example, won a Peabody Award for multimedia features on Russia and Papua New Guinea.

Transnational, environmental NGOs are playing a role in introducing and strengthening norms of free expression as they work with traditional journalists, local activists, and officials in countries like China. The World Wildlife Fund recently organized a “journalistic” field trip to the polluted Hunan Lake, taking along local officials and members of the Beijing media-a collaboration that resulted in publicity and policy change. Greenpeace has distributed reports to networks of journalists and citizens via the Chinese micro-blogging equivalent to Twitter, bypassing traditional, government-monitored news publications.

As journalism spills over its traditional professional boundaries, we hope that in all these areas it will still be guided by a “professional” ethos based on transparency and truth-telling.

Stephen D. Reese is Jesse H. Jones Professor of Journalism at the University of Texas at Austin. His research focuses on the sociology of news and the framing of political issues.

Organizations that can assemble data to help journalists

Most of the foundations that fund our research organization are deeply concerned about shrinking newsroom investigative budgets. What MapLight, a nonpartisan research organization, does to try to fill the void is connect data for journalists-on campaign contributions, politicians, legislative votes, industries, companies, and more-from our database of over 17 million records. What used to take journalists hours, days, or months to compile can now be done in minutes with a simple database query. Our fact-checking process is quite rigorous and takes a couple of hours, but usually we can turn around a media inquiry in 3-4 hours to meet reporter deadlines.

How did we get here? Over the past seven years we’ve developed strong relationships with journalists to determine how best to assist them. We discovered that reporters still want to dig in and do the investigative work for themselves but don’t have time to compile the data. So we do it for them. We send them the campaign finance data in spreadsheets with highlights shown in pivot tables. We make the raw data available on a second tab so they can do their own fact-checking. We include the methodology and data source and all we ask in return is a citation.

In a recent cover story in the Columbia Journalism Review, the writer Clay Shirky highlighted a vanguard set of nonprofits-including the Smoking Gun, Homicide Watch, ProPublica, and us-that create new possibilities for high-quality journalism-by collaborating with journalists. “These organizations all punch above their weight, given their staff costs. In the same way the Industrial Revolution made an hour of a weaver’s time far more valuable, by increasing the cloth he could produce, an hour of a journalist’s time can similarly become more valuable.”

Citizens can use these tools, too. This week we’re making available a new journalist tool, the MapLight Money and Politics Data Set, that includes all federal campaign contributions from the Federal Elections Commission.