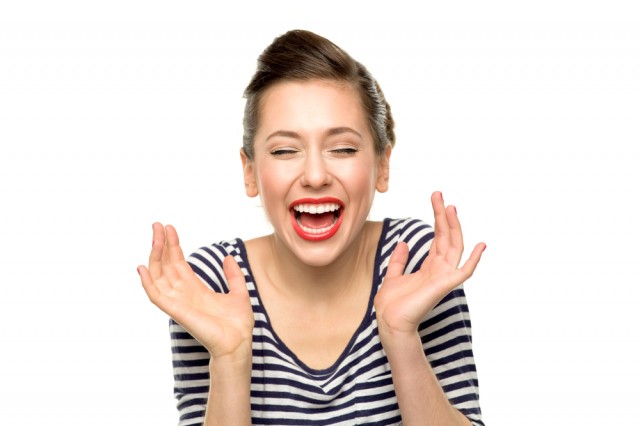 Men are competitive, women are cooperative

Women use humor to survive

It’s all about evolution

Women give men permission to laugh

If we’ve widely accepted that men are from Mars and women are from Venus, we shouldn’t be surprised when what’s funny on one planet is considered crass or corny on the other. Yet controversy continues to swirl around the differences between men and women when it comes to humor—and scientists, psychologists, pundits, and comedians all have their own theories about which sex is funnier, and why. In advance of the Zócalo event “Can Women Be Funny?” we asked people who study and traffic in humor to point out the biggest difference between men and women when it comes to the business of laughter.

Men are competitive, women are cooperative

Though today we tend to think of humor as a good thing—with benefits such as stress reduction and boosting of the immune system—we should not forget that from ancient Greece until the 20th century, humor was often condemned. When the Puritans took over England in the 1600s under Oliver Cromwell, they even outlawed comedy. Until the 18th century, the dominant theory of laughter was the Superiority Theory: laughter was considered an expression of feelings of superiority to other people.

While today we know that not all humor puts people down, much of it still does. In TV sitcoms, the basic move is the sarcastic wisecrack. Many standup routines consist of nothing but ridicule—of politicians, media personalities, and even audience members. This aggressive kind of humor has always been popular among boys and men, from “playing the dozens” among American blacks (“Yo momma so fat, she …”) to the Friars Club “roast.”

But aggressive putdown humor conflicts with the tendency of girls and women to sympathize with people in trouble. While most men’s humor is—like football and war—competitive, women’s humor tends to be supportive and cooperative. If a woman makes a foolish blunder, her friends may laugh about it, but not to humiliate her. Instead, their laughter is an expression of solidarity: “You did that today, but I did it last week, and the rest of us will do it eventually.”

When women got into standup comedy in the 1960s, at first they just copied men’s putdown jokes. Phyllis Diller and Joan Rivers even mocked themselves and other women. In the last several decades, comedians like Lily Tomlin, Rita Rudner, and Ellen DeGeneres have developed their own, more compassionate voices, and the world of comedy is better for those voices.

John Morreall is professor of religious studies at the College of William & Mary and president of Humorworks, a consulting firm through which he does seminars on humor in the workplace. John’s five books on humor include Humor Works and Comic Relief: A Comprehensive Philosophy of Humor.

Women use humor to survive

Women’s humor has always been around. But because it’s spotlighted every few years or so, it seems to be newly discovered if you haven’t paid attention. That means it’s more like bustiers, holistic healing, and couples where one partner was obviously gay but not out on prime-time sitcoms.

There have been a few media stories recently about how women are “suddenly” becoming funny. Women are no more “suddenly” funny than “suddenly” sexual, which makes me wonder whether it’s a matter of each generation being unable to see that others long before them might have enjoyed performing the same routines.

Some of the best parts of women’s humor remain unchanged over time. Women writers whose books have been bestsellers over the last few years  (Nora Ephron, Chelsea Handler, and Tina Fey) have moments and messages echoing works by earlier women writers (Erma Bombeck, Jean Kerr, and Margaret Halsey, not to mention Fanny Fern, Jane Austen, and Aphra Behn). There’s a fabulous continuity over time.

Ever since Eve said “What do you mean, I’m supposed to diet? I’m a perfect 12,” and bit into the apple, women have been using humor to survive. And even if it makes trouble and gets us kicked out of some places, it’s worth it. Women’s humor is not a recent invention even if—for some who are a little slow to get the joke—it’s a new discovery.

Gina Barreca is most recently the editor of Make Mine A Double: Why Women Like Us Like To Drink (or Not) published by the University Press of New England in 2011 and author of It’s Not That I’m Bitter: How I Learned to Stop Worrying About Visible Panty Lines and Conquered the World (St. Martin’s, 2009).

It’s all about evolution

In every culture ever studied, humor consistently ranks in the top five things people desire in an opposite sex mate. So why is humor so important? It seems to be that jokes advertise one’s status. Funny males may be signaling their intelligence or their ability to disrupt hierarchies and establish dominance. We have all seen stronger, wealthier men humiliated by smaller, funnier men. Humor gives power to those who know how to wield it effectively—and this can be attractive to women. Not only is your partner able to attain high status (and all the perks that go along with it), but his or her ability to make people laugh may also be passed on to offspring, aiding their future success.

So what do men gain by finding women who laugh at their jokes?  If laughter is an honest, or at least hard-to-fake signal (try laughing at something you don’t find funny: it sounds fake and looks fake) and if as studies show laughter signals ones preferences, males may use humor to detect which females actually like them. If deception by women was an evolutionary threat to our male ancestors (e.g., a woman is only interested in you for your resources and is therefore more likely to cheat), then males may have benefited by this honest signal. Laughter communicates true compatibility. My father used to say that he could tell that his marriage started going down the tubes the day my mother stopped laughing at his jokes.

Women give men permission to laugh

Women have to be funny. That is the bottom line.

As a female comedian I know I have to win the women in the audience over first, because let’s be honest: they give men permission to laugh. It feels like for every hundred male comics, there’s one female. Women have to prove themselves a billion times more. One reason why you don’t see more female comedians is because a lot of them choose the path of marriage and babies. I imagine that it would be kind of difficult to go on the road and tell jokes while you’re lactating.

I remember when I first started stand-up comedy. All the guys would say, “Who’s the chick trying to be a comic?” Now most of them consider me one of the dudes. It’s still a boy’s world, though, and I do have a different package.

The good thing about being a girl is that the boys can’t steal my jokes. It takes years to develop a strong voice and through hard work, I have one. I can’t even count how many women come up to me after my stand-up shows and say, “Thank you.” They make the roller-coaster world of Hollywood worth it for me and keep me going.

On a larger scale I’m happy that recently there have been hit movies and television shows with strong female leads like Bridesmaids and 30 Rock. They’ve opened the world to accepting a girl’s potty mouth. And they’ve proved that funny is funny.

Jill-Michele Meleán was the first and only Latina cast member on FOX’s hit TV series MADtv, recurred on Comedy Central’s Reno 911, a stand-up SHOWTIME special Hot Tamales, and has starred on other numerous television/film projects.