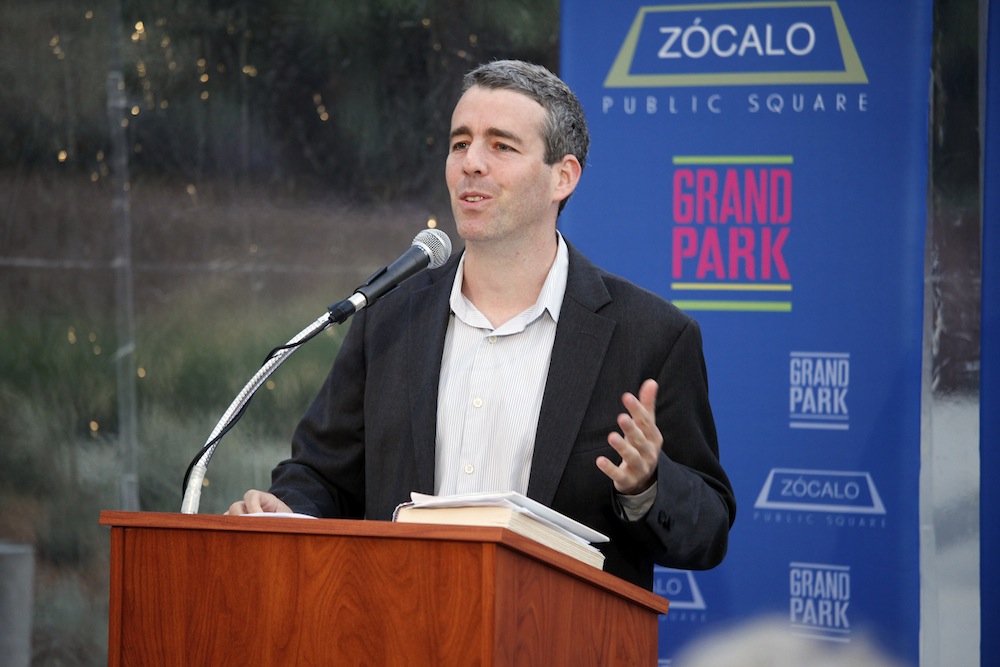 “It seems like just about everybody hates the Obama stimulus,” said Time magazine senior national correspondent Michael Grunwald. A year after President Obama signed the $800 billion American Recovery and Reinvestment Act of 2009, the percentage of the public that believed it had created jobs was lower than the percentage that believed Elvis was alive. Today, even Obama himself no longer says the word “stimulus” in talking about his first-term accomplishments.

But at a Zócalo event at Grand Park in partnership with the Music Center, Grunwald, author of The New New Deal: The Hidden Story of Change in the Obama Era, offered a revisionist history of the stimulus. He rebutted its critics and the president’s reluctance to embrace a huge and hugely transformative piece of legislation. Grunwald said that the stimulus prevented America from falling into a depression, created thousands of jobs, and launched over 100,000 projects that are transforming America’s approach to healthcare, transportation, education, energy, and more.

Grunwald reports on energy, and he became interested in the stimulus because of the $90 billion it injected into clean energy—“the biggest energy bill in the history of the planet.” But once he began looking to see what else was in the stimulus, he was surprised by the scope of projects like education’s Race to the Top (which only a few audience members knew was part of the stimulus), high-speed rail, and the $27 billion it has invested in getting all Americans electronic health records by 2017. The stimulus also provided America’s biggest infusion of research money ever, and modernized unemployment insurance for the first time since the New Deal.

Yet despite the fact that the consensus is that the stimulus at its peak added 2 to 4 percent to the nation’s GDP and that “all the top economic forecasters agree it did help stop that terrifying free fall” of 2009, when job loss peaked, the common wisdom in Washington and the media until recently was that the stimulus was something of a joke. In reality, said Grunwald, stimulus projects have been on time, under budget, virtually fraud-free, and full of good-government reforms. “This is a big deal,” he said. “The stimulus is more than 50 percent bigger in constant dollars than the entire New Deal.” So why isn’t it being remembered more like the New Deal? For one thing, it lacks impressive monuments like the Grand Coulee Dam; instead, it’s going to leave behind what Grunwald called a “mundane legacy” of sewage plants, repaired potholes, and government workers who without the stimulus would have been laid off but kept their jobs instead.

Grunwald also thinks that the stimulus is a good way to evaluate President Obama’s first term. It is, he said, Obama making good on the promise of change he made in his 2008 campaign. The stimulus produced dramatic change on energy, healthcare, education, and in lessening the squeeze on American families—what Obama said would be the four pillars of his presidency when he first announced his candidacy in 2007 in Springfield, Illinois.

But neither the right nor left has viewed it in this light. Instead, the stimulus has proved to the left that Obama is just like any other politician, said Grunwald—more interested in cutting deals than chasing dreams. And to the right, it showed that Obama was a “Euro-socialist radical.”

Grunwald thinks Obama is neither of these things but is above all a pragmatist—and someone who knows how to institute genuine change.

In the final weeks of the election and beyond, the national debate, said Grunwald, should be about the real stimulus—not an imaginary one that outsourced wind turbine production to China or was all about shoveling money to cronies. The central question in the next election is going to be whether government is able to contribute positively to change, he said. The Republicans are using the stimulus as an example of why government can’t. But it should be the opposite.

In the question-and-answer session, the audience asked Grunwald to talk more about the gap between the perception of the stimulus and what it has accomplished. Why has the administration been so reluctant to talk about the good things that have come from the stimulus?

The stimulus, said Grunwald, was ultimately a jobs bill that passed at a time when jobs were hemorrhaging. Times are still tough, and the economy is still struggling—just not as badly as it would have been. “It was a 3-million-job solution to an 8-million-job problem,” he said. But the reception of the stimulus is also part of a larger problem in America, where we like the stuff government does—even as we complain about the government. All this has been compounded, too, by the way the stimulus has been portrayed in the media; Grunwald believes his colleagues blew the story as badly as they blew the run-up to the war in Iraq.

Was there something about the distribution of the stimulus that has made it unpopular—could the money have been leveraged differently? Grunwald doesn’t think so. Yes, there are parts of the bill he doesn’t like. Catfish subsidies, for instance, were included to get a vote in the Senate, and money for retrofitting and building schools was left out to ensure another senator’s vote. But Grunwald believes Obama’s approach was the right one. A lot of money was dumped into the economy quickly, he said, “but you can only shove so much pig into the federal python.” He has trouble imagining a vastly different stimulus having the same success.

Another audience member asked if there was a downside to such massive spending. Is the size of this debt going to lead to a bigger economic crash in the future? Grunwald said that it’s true that the stimulus added $800 billion to the nation’s debt (which is different from the $1.2 trillion deficit Obama inherited). But, he said, the debt is “very fiscally responsible”; much of the spending is going to save the country money in the long-run by doing things like increasing federal energy efficiency, which will lower utility bills, and repairing roads now instead of building new roads later. And, he said, what increases the debt more than spending is when the economy spirals downward—and tax revenue goes down. The recession itself—along with the Bush tax cuts, war and military security spending, and rising healthcare costs—are the real drivers of the debt. And, over the long term, if the United States is bankrupted, the primary cause will not be the stimulus—or even the tax cuts—but rather the skyrocketing costs of Medicare. 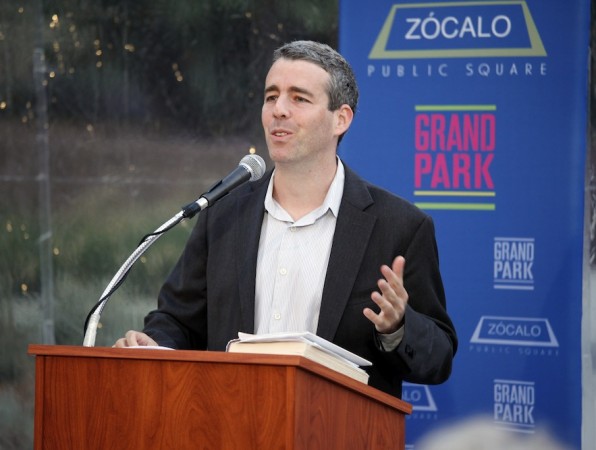 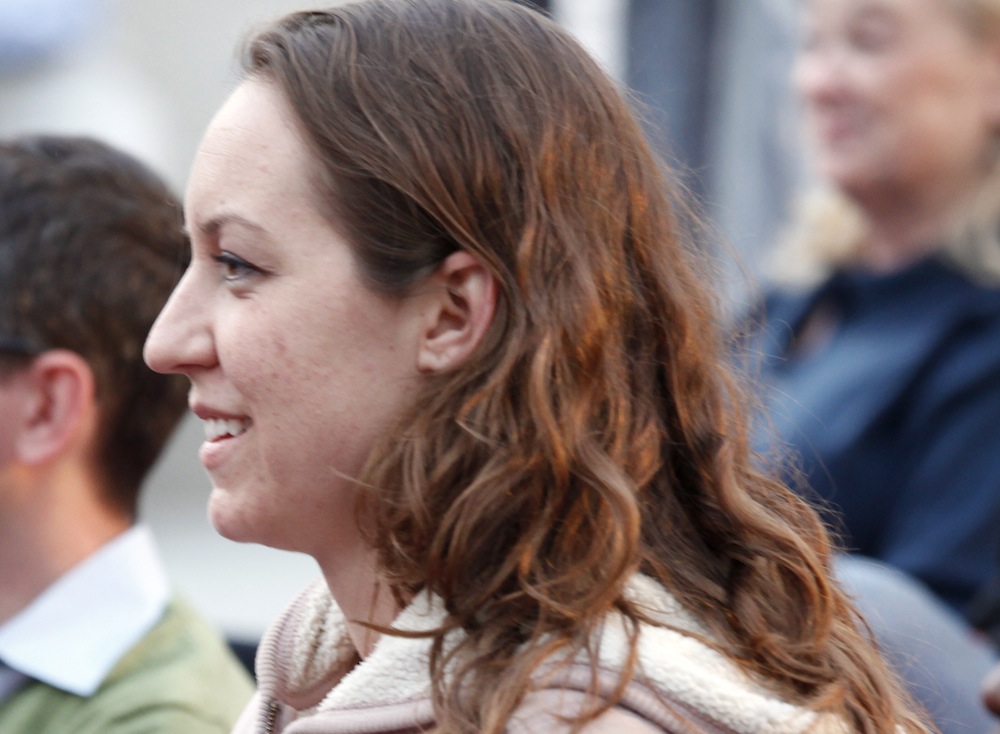 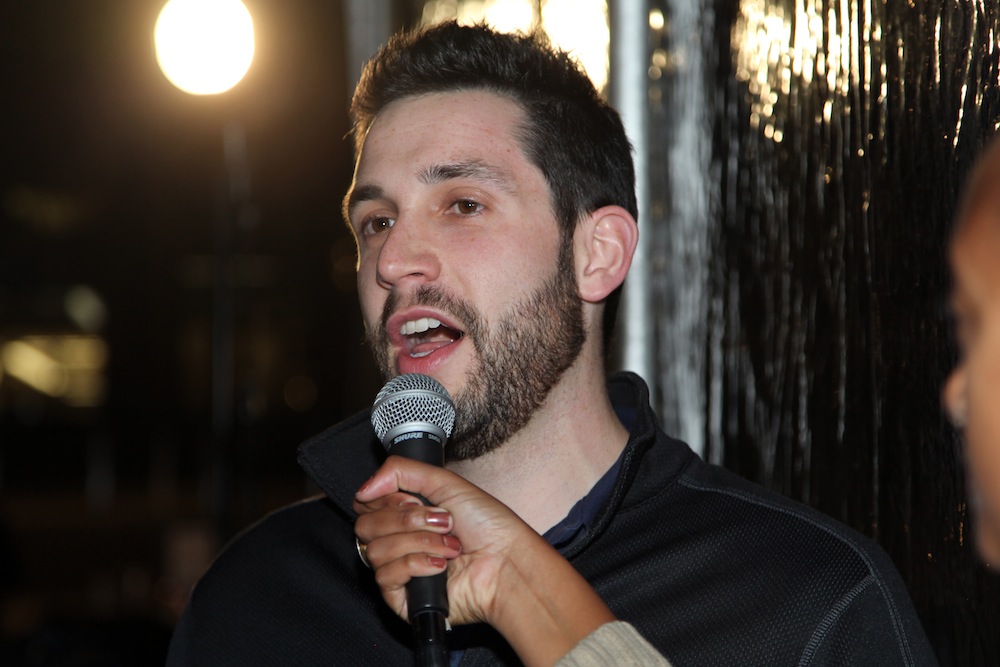 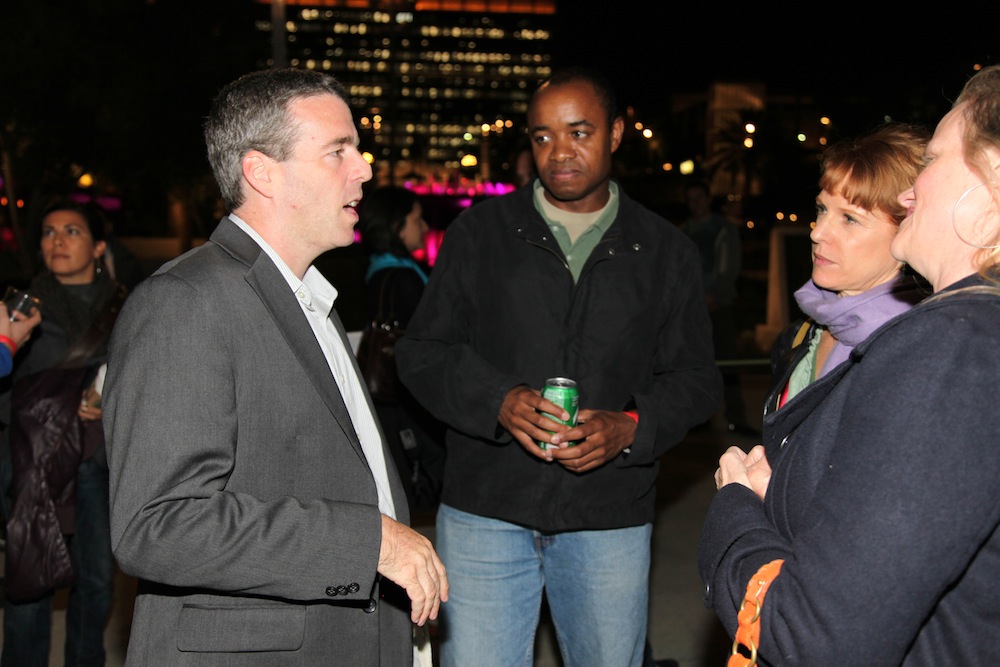