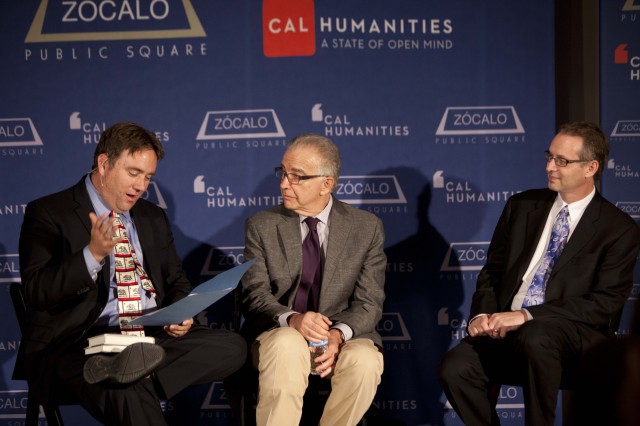 Money has been a hot topic in the 2012 election—from how the campaigns are being financed post-Citizens United to the 99 percent and the national debt and Mitt Romney’s offshore bank accounts. But how much is this campaign—how much are elections in general—costing America? In a Zócalo/Cal Humanities “Searching for Democracy” event at the Bakersfield Museum of Art, Zócalo editor Joe Mathews, a fellow at the Center for Social Cohesion at Arizona State University, put this question to two scholars who have thought about elections as much as anyone in the country.

Political scientist Samuel L. Popkin, author of The Candidate: What it Takes to Win—and Hold—the White House, has studied candidates who have lost presidential elections in order to find out who wins and why. People tend to think that a campaign story is about good triumphing over evil, or vice versa, he said. But if you narrate instead how an election could have gone the other way, and where a campaign could have succeeded, you can learn something new. Popkin believes that Romney is losing the current election, owing to missteps like having lurched too far to the right in the primary season in order to neutralize candidates who weren’t viable anyway.

How an election is run is just as important as the foibles of a candidate. According to campaign finance expert Richard L. Hasen, author of The Voting Wars: From Florida 2000 to the Next Election Meltdown, the “Election Administrator’s Prayer” is, “Lord, let this election not be close.” Close elections cause controversy. We have not, he said, solved any of the problems of Florida in 2000—except for fixing the voting machines. The primary challenge is that America still has partisans in charge of elections. The way things stand now, our system is “a powder keg, and social media makes things worse,” said Hasen. He hopes this election doesn’t come down to counting votes in Ohio or Florida; if we have another Florida 2000, he believes that protests might move from Twitter onto the streets. And even if this year’s race ultimately isn’t tight, we’ve had a number of close statewide elections in the past decade—and could have another close national election in 2016 or 2020.

Mathews asked Hasen if he thinks money is driving our election dysfunction.

Although money is a real problem in politics, Hasen thinks the root of dysfunction in our voting process is firmly rooted in partisanship. Every other mature democracy, he said, has national elections administered by nonpartisan officials. But in America, election reform has only happened along party lines—and Democrats and Republicans can’t agree on anything, voting included.

However, said Popkin, “The parties are often wrong about particular laws, and whether they will help or hurt them.” Republicans opposed “motor voter” legislation to register voters who are renewing or applying for a driver’s license—but they benefited from these laws because of demographics. (In more Democratic cities, people don’t drive; in the South, they drive more.)

Turning to the subject of campaign finance, Mathews noted that donations to presidential campaigns by the rich and wealthy alike have increased, thanks to the Internet and the Super PACs. Mathews asked the candidates if this is a good thing or a bad thing. Would they be more inclined to take Wallis Simpson’s view that you can never be too rich or too thin, or Biggie Smalls’s belief that more money equals more problems?

Popkin said that campaign fundraising has become “an arms race”; no one wants to stop until the other side stops. The money won’t get out of politics until candidates are prevented from spending all of their own money on their campaigns, he said.

Hasen doesn’t think the amount of money is the problem. “The problem is where the money comes from and what the cause is,” he said. He’s less worried about donations to presidential races, where a couple million dollars won’t win a donor any favors. But in Congressional races, just one donor can make a big difference. “The smaller the race, the more skew that’s going to come from the money,” he said.

Popkin agreed that no one can buy a revocation of Roe v. Wade or the end of the Clean Air Act—but little regulations can swing millions. Richard Nixon’s campaign, for instance, got support from a carpet manufacturer in exchange for not raising the percentage of wool that was needed to label a carpet “wool.”

Popkin said that Obama should have spent more time talking about jobs and about how long it takes to recover from a financial crisis. And Romney could have spun his work at Bain into a qualification for office—knowledge of how the government and big business can work together—rather than a liability.

Turning to Hasen, Mathews asked where the holes are in our voting system. How do you steal an election?

Hasen said that the amount of voter fraud in America is low; it’s a dumb and complicated way to steal an election. You’re better off being the person who counts the votes—or committing absentee ballot fraud. Rather than implementing voter identification laws, the best way to combat fraud would be to eliminate voting by mail, he said.

So with all these risks and the immense cost of a national election, is the presidency just a bad idea?

The president is a fantasy, said Popkin. The president thinks he’ll get into office, effect change, and fulfill his campaign promises. But it’s not that easy. The president is surrounded by adversarial legislators, for one thing. And in reality, “you get there and you find out, you’re a senator with 17 votes who can push a red button.” 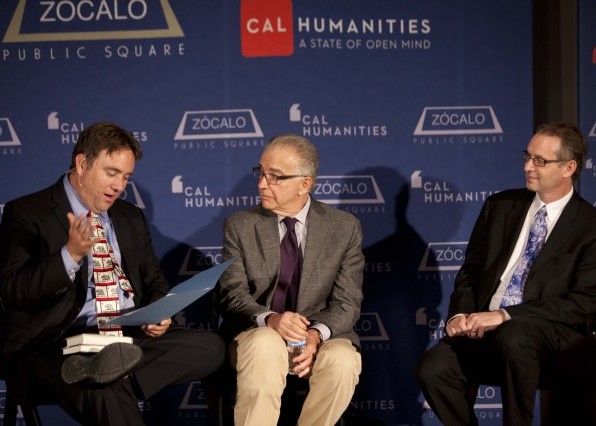 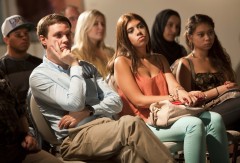 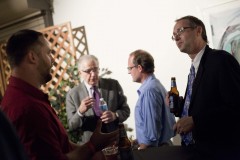 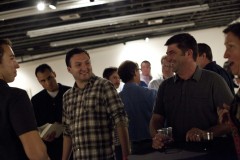