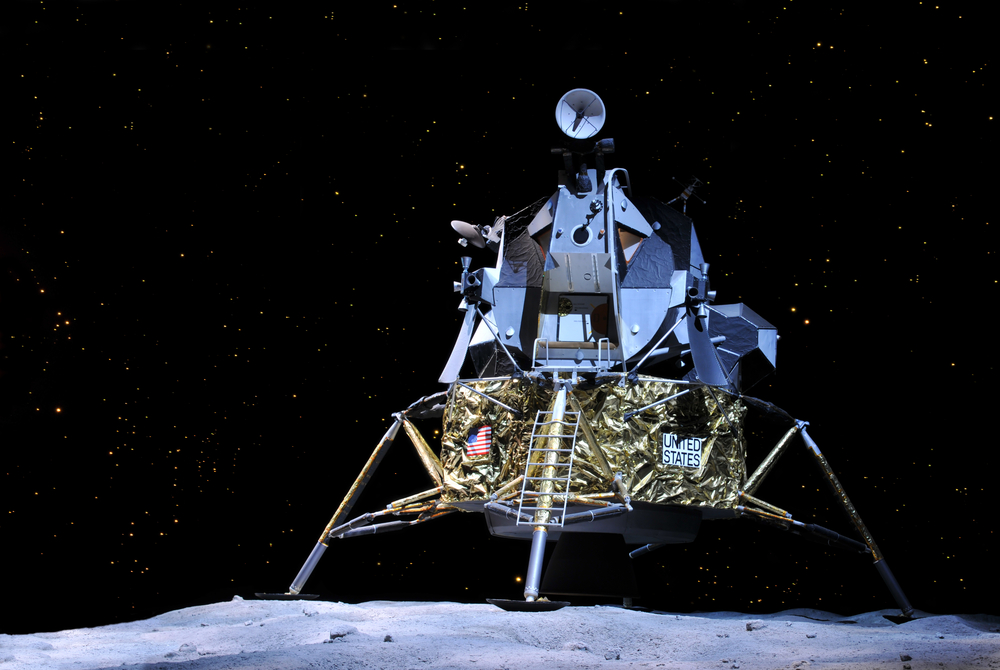 The tableau remains iconic. On February 1, 1958, at a press conference to celebrate America’s first satellite launch, three men held aloft a mockup of the satellite, Explorer 1. Werner von Braun had overseen the rocket; James Van Allen had designed the instruments; and William Pickering headed JPL, the institution that assembled and managed the launch. Each man represented a very different vision of what space meant.

Von Braun saw space as an arena for future human colonization, first on orbiting vessels, then on the Moon, and finally on the Cibola of futurists, Mars. Van Allen saw space as a vast laboratory awaiting scientific inquiry and experimentation. Pickering believed that space created an opportunity to continue what had, over five centuries, become a defining pursuit of Western civilization: geographic exploration. When Explorer 1 was launched, all three ambitions—colonization, science, and exploration—seemed plausible at once. To use a contemporary term, they were bundled. To buy into one was to buy them all.

For a dozen years, tremendous sums of Cold War money supported each vision on its own terms, but in reality each tradition had its own peculiar history and sense of primacy. Each could exist without the others.

This bundling and unbundling of colonization, exploration, and science has played out more than once in Western history. The great voyages of the Renaissance led to outposts for trade, not to dense colonies, which came centuries later. As for science, most of its breakthroughs came after the first wave of exploration had died down. Copernicus published his Revolutionibus 22 years after Hernán Cortés conquered Mexico. The Portuguese Enterprise of the Indies was in decline when Galileo set up his telescope and was imploding when Isaac Newton published his Principia Mathematica. By the time the Enlightenment was consolidating its hold over European imagination, exploration was more often subject to satire than celebration. (Think Gulliver’s Travels.) Science and exploration, that is, co-evolved in parallel, but neither was indispensable to the other.

A bond between science, colonization, and exploration developed once more in the late 1700s, when a series of soft-welds between Enlightenment science and geopolitical rivalries catalyzed what William Goetzmann has called a Second Great Age of Discovery. Expeditions replaced missionaries with naturalists; explorers became Moses figures, leading folk migrations into new, promising lands. Only under the blows of two world wars, a global Depression, and the absence of still-untrammeled lands did this second wave also die down. But its fused aims captured the popular imagination, even if they had to flourish in the pages of genre novels rather than personal narratives and scientific journals.

The three men lofting Explorer 1 were an echo of that faded Second Great Age of Discovery. One interpretation of the space race—common at the time—was that it represented a revival of the Second Age alliance that would soar into interplanetary space and transcend even Earth. But the Second Age was not on the cusp of revival. Instead, humanity stood at the threshold of a Third Age: one that would target the deep oceans as much as the reaches of outer space. The point was easy to miss amid the geopolitics of a Cold War waged by two countries, the U.S. and the U.S.S.R., both of which had matured during the Second Age and for whom exploration was a part of their national history and self-identity.

As Cold War competition faltered and especially as money dwindled, the bonds that had briefly rejoined colonization, science, and exploration frayed once more. The cost of the colonization component of space—the manned missions, particularly the white-elephant space shuttle—rose and crowded out both science and exploration. Van Allen became a more outspoken critic of what he regarded as the misleading and ruinous commitment to a human presence in space. In fact, the science component of space did not require expeditions, manned or otherwise: orbiting space telescopes could do much of the work. (The celebrated Voyager twins discovered 26 new moons; the Hubble space telescope found 48 moons for Jupiter alone, most the size of asteroids.) The exploration component of space—robotic missions to other planets—still commanded public attention, but such exploring expeditions were often vague in their science and were unmoored from the prospect of settlement. The missions echoed the vision quest; they celebrated the journey, not just new data or sites for hamster-habitat cities. In short, the fractures widened.

Today, the cracks between colonization, science, and exploration are becoming chasms. This unbundling will have an immense effect upon our future in space, for we must set priorities. When Americans think of “space” and what role it should play in our budget and our future, we still instinctively conjure up the Explorer 1 triptych of science, exploration, and colonization. But as we redefine our engagement, we are assessing not their collective merit but the likely value of each independently. Since the end of the Apollo program, the U.S. has committed roughly one percent of its federal budget to NASA, a level of funding that is unlikely to expand even as each component grows more costly. We’ll have to make choices.

Colonization, the most expensive and cumbersome component, will be the first to go. The flood tide that carried astronauts to the moon and the International Space Station has long been ebbing, and the arguments for a human presence have become circular. The shuttle was essential to building the International Space Station, which existed to justify the shuttle. The space station does no essential science and no exploring, and its evolving role seems to be as a destination spa for bored billionaires. New city-states are more likely to arise from artificial islands beyond the territorial seas than on distant moons.

To understand the improbability of space colonization, consider our record of colonization under extreme conditions on Earth. For over a century we have had bases in Antarctica. These are not functioning communities: they have no families, schools, congregations, or apparatuses of everyday life. People cycle in and out for tours of duty. They are outposts of science and empire intent on gathering the precious gems and spices of modern times: information and prestige. To suggest more complex societies on the moon or Mars is a launch of faith.

That leaves space as a place of science and exploration, each of which has its own benefits and disadvantages. Space science, while perhaps the purest of pursuits, can be staggeringly expensive. The Hubble’s replacement telescope, the James Webb, groans from cost overruns, now stalled at $8.7 billion, a sum that exceeds the entire annual budget of the National Science Foundation ($6.81 billion in 2011). Considering all the worthy but unfunded experiments and expeditions on Earth, space science has to generate bigger returns on our investment than gorgeous pictures of distant nebulae and intimations of dark matter.

Space exploration, of the sort we see with the Curiosity rover on Mars, captures our imagination, and it has scientific purposes as well—making it a two-for-one. But exploration, too, has its limits. Explorers have long understood that the voyage of discovery must carry a cultural package, that journeying by itself is wandering, not questing; simply going beyond Earth looks like a very expensive extreme sport.

Besides, space must compete with other destinations. We understand the mechanics of the Earth as a planet far more from exploration of the ocean depths than from rough comparative planetology with Uranus or the moons of Jupiter. The evidence for plate tectonics rose from the suboceanic crust. The chemistry of the oceans seems tied to black smokers. New lifeforms—for that matter, whole ecosystems organized on principles that differ from terrestrial ones—are being revealed in the depths far more readily (and cheaply) than on the red playas of Mars or beneath the icy crust of Europa. As with space, the deep oceans began with an emphasis on manned vessels and have resoundingly gone over to robots.

Personally, I’m willing to shuck the colonizing fantasies. Leave them to Hollywood. We will eventually go to Mars in some capacity, I’m sure, but we don’t need to go soon. I’m less willing to toss space science, which I think contributes to our sense of place in the cosmos. But I’m least willing to lose exploration. The journey—physical not virtual—taps ancient expectations and longings. Space isn’t our national or species destiny, yet to withdraw completely would be a surrender of collective will and cultural aspiration too profound, and unnecessary, to accept.

So I vote for the robots who journey and record their trek in the coded argot of science, among whom the Voyager twins remain the exemplar, perhaps the grand gesture of the Third Age. They managed to look back as well as ahead. Voyager 1 began its chronicle by giving us our first photo of the Earth and its moon and ended its tour of the solar system by looking back from the edge and showing us Earth as the “pale blue dot.” It peered back across five centuries of exploration even as it sped into the future. Now, after 35 years, Voyager rides along the diaphanous border between the solar and interstellar winds. Who won’t thrill to the revelation that it has passed that veil and entered deep space?

It’s a journey well worth the effort, the expense, and the wait.