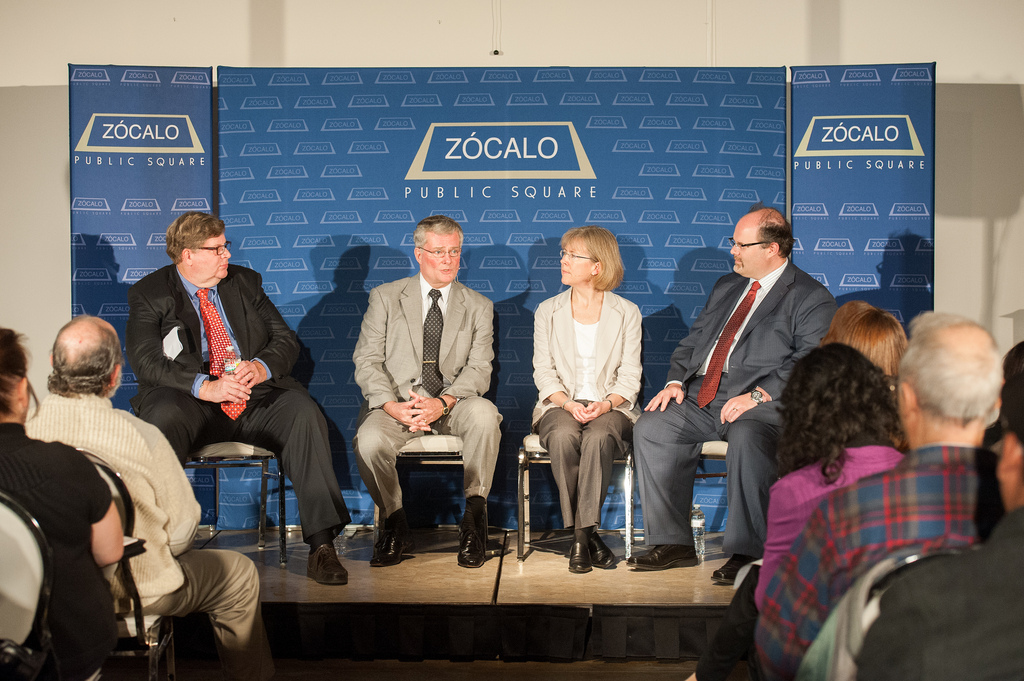 Estimates of the severity of America’s looming physician shortage vary, but one thing is certain: Doctors and healthcare workers are not distributed evenly around the nation, and certain regions are suffering as a result. The San Joaquin Valley is one of those areas. At an event sponsored by the California HealthCare Foundation at the Bakersfield Museum of Art, a panel of healthcare experts discussed why Bakersfield and the Central Valley are facing a physician shortage—and what can be done about it.

Paul Hensler, CEO of Bakersfield’s Kern Medical Center, said that the problem begins with a maldistribution of physicians: between rural and urban areas, between the Northeast and the rest of the country, and between primary-care physicians and specialists. But in addition to a shortage of primary-care physicians, the San Joaquin Valley is also facing a shortage of nurses, therapists, technicians, and clinical specialists. It’s a shortage that will only grow more acute with an influx of new patients as the Affordable Care Act comes into effect.

But solutions can be found locally, said Hensler. People who are raised in the area are generally more comfortable returning and staying here. To increase doctor retention, we must give bright local students educational opportunities, get them to medical school, and offer them residencies here. “Those are the kids who have the best shot of being the future physicians in the Valley,” Hensler said.

Catherine Dower, the associate director of the UC San Francisco Center for the Health Professions, mapped California’s supply of healthcare workers by profession and county. Her study found that for every one doctor who goes into an underserved area such as Kern County, four doctors go into a well-served area like Los Angeles or the Bay Area. So physician shortages are not being remedied. To make matters worse, “we actually don’t know how many people we need,” she said, because our calculations of the ratio of doctors and nurses to population are based on historical data.

Today, said Dower, new practice models and changing demographics are upending our ideas about how many practitioners we need—which isn’t a bad thing. Patients are getting good outcomes with differently structured practice models, particularly around primary care. Medical staffs are relying on nurse practitioners and physician assistants more extensively, and telemedicine is also beginning to deliver high-quality, more financially sustainable care. But Dower does believe that we can get much more diverse when it comes to doctors and nurses. “Our health professions don’t look like the general population,” she said.

Jarrod McNaughton, vice president of San Joaquin Community Hospital, is working “full bore” on physician recruitment to staff a new cancer center and to attract more primary-care physicians. But a few trends have presented stumbling blocks. Whereas previous generations of doctors were entrepreneurial, today, new doctors want to be employees of clinics or hospitals—and California hospitals are not allowed to employ physicians directly. Instead, they must create foundations and “go through a cumbersome rigmarole” to employ physicians. More physicians are also being dragged into hospital administration—which can be a good thing, but also means a lower number of total physician hours spent with patients. Also, internal medicine physicians are leaving private practice to become hospitalists, depleting the number of doctors who can see patients in the community. Finally, a local issue in Kern County has been “total market spend.” If you look at all the available healthcare dollars in the market, said McNaughton, a lot of them are leaving the county and heading south or to the coast.

John Arthur, executive editor of The Bakersfield Californian and the evening’s moderator, found ample proof for McNaughton’s final supposition by polling the crowd: Almost everyone in the audience had gone to Los Angeles, or had a relative go to Los Angeles, for specialized treatment they couldn’t get in Bakersfield.

But what is being done to keep healthcare dollars local—and to improve the community’s access to doctors?

Hensler said that it starts at the high-school level, by making students aware of opportunities in the health profession—and finding ways to address their financial concerns. He also said that the creation of a health sciences magnet program at CSU Bakersfield would be one way to address the shortage.

Arthur asked McNaughton if he is making an effort to attract non-white doctors to his hospital. “It’s a major community need,” said McNaughton. “The problem is, in a market that is so constrained for physicians, it can be very difficult to demand it.” It’s one of the top attributes he looks for in candidates, but it’s not possible to make it a prerequisite.

In the question-and-answer session, audience members asked the panelists to talk more about how they are facing the region’s particular challenges.

In response to a question about the Kern Medical Center’s family practice residency program—which was in danger of being suspended—Hensler said that the program doesn’t receive nearly enough financial support. Hospitals in the Northeast, he said, receive $200,000 per resident; the Kern Medical Center gets $17,000 per resident—and each resident costs the hospital roughly $200,000 to $250,000 beyond stipends received and revenues generated. Philanthropy can make up this difference, but the hospital is also looking for a more collaborative, community-based program that can work in the long term.

What can be done to put more of a focus on healthcare prevention in Kern County—which could take some of the burden off doctors?

Dower said that in other underserved areas of the country, teams that include nutritionists and community health workers are doing preventative work, which is especially helpful in handling our growing chronic disease burden.

But, said McNaughton, there is still the underlying problem of an American medical system that rewards testing and procedures rather than wellness.

Another audience member asked the hospital administrators to talk about how they recruit doctors to Bakersfield, given what he called “our unhealthiness and lack of aesthetics”; does a perceived lower quality of life here affect recruitment?

“It’s a major problem,” said Hensler. He’s had physicians interested in the opportunities afforded by Bakersfield only to have their spouses dissuaded by problems like the area’s poor air quality or Valley fever. But, he said, these things are cyclical: “The environment is critical: A. to a healthy population, and B. to recruit the professionals we need to bring in.” He talks to doctors at UCLA who say that one-third of their patients are from Bakersfield. If Bakersfield could get those doctors to stay in the community, it would create jobs and revenue within the community—which would in turn improve the community. “It’s all interconnected,” he said. 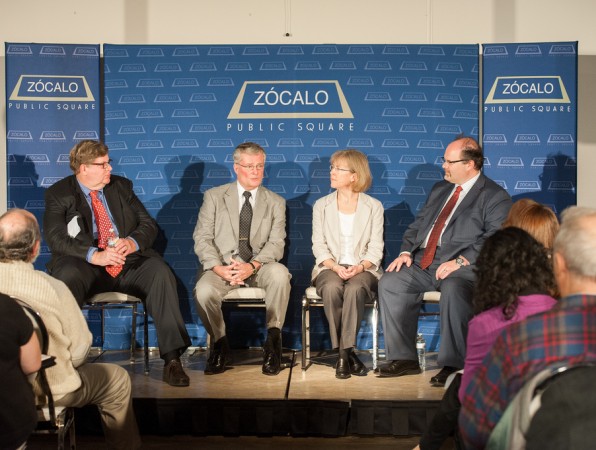 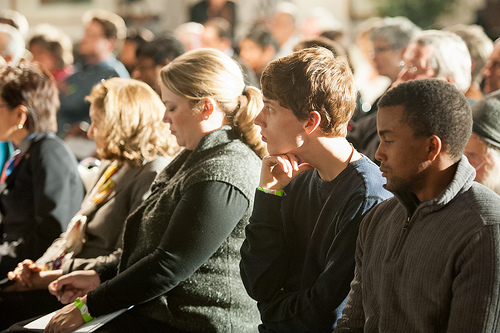 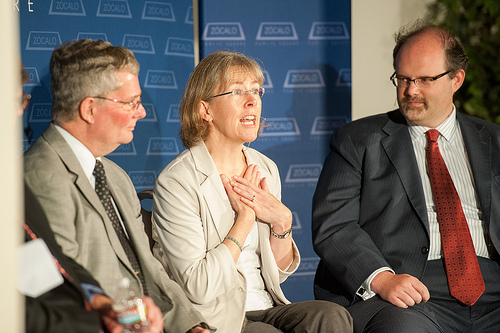 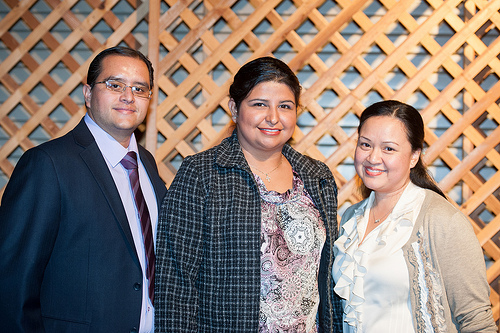