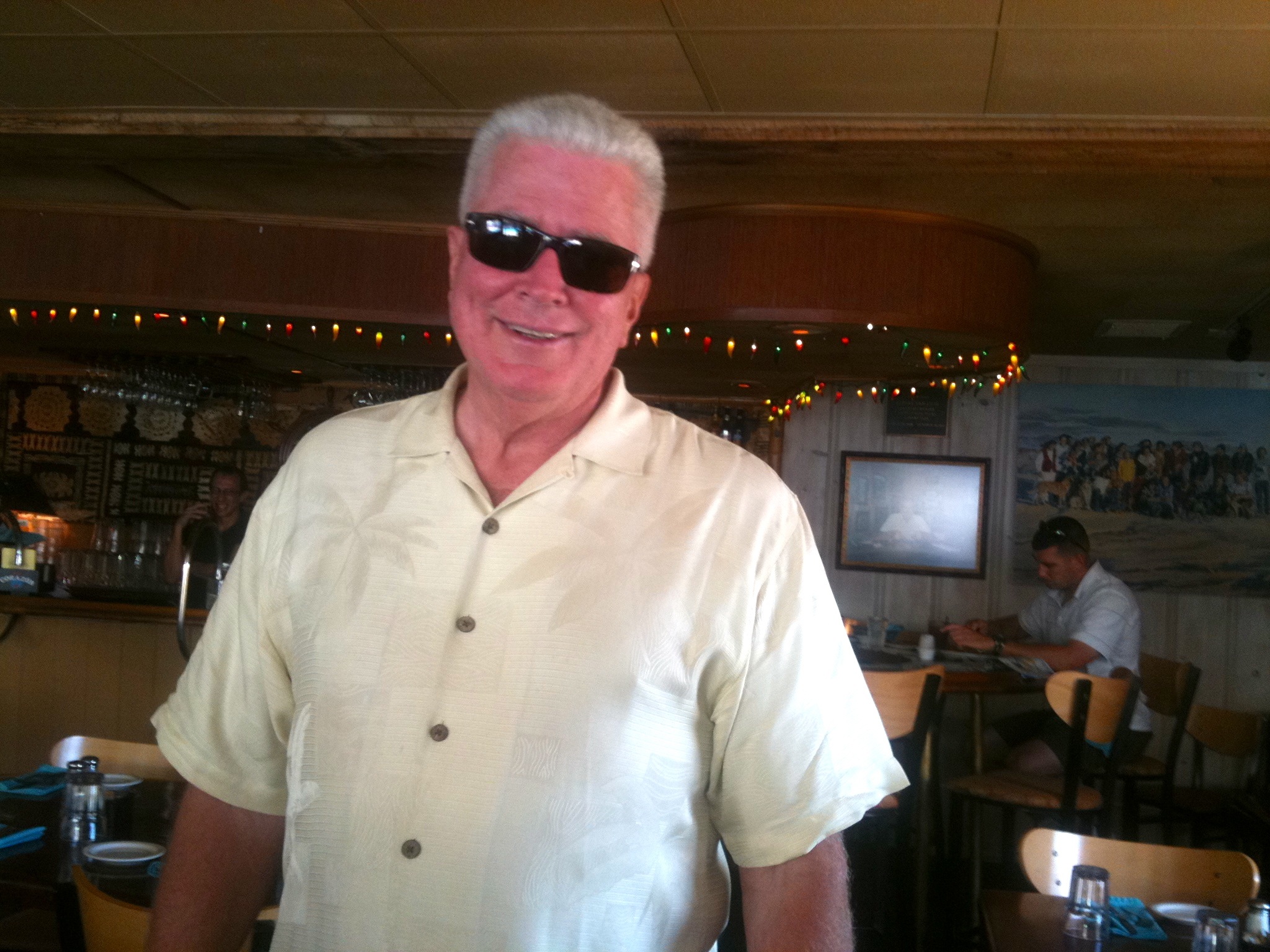 Late last year, when legendary television personality and California booster Huell Howser announced his retirement from broadcasting, author D. J. Waldie meditated on Howser’s significance in the following essay, which we present again in response to the sad news of Howser's death.

Huell Howser has retired after nearly 30 years of producing and hosting programs for KCET, ending his career in Garbo-esque disappearance within almost ubiquitous presence. California’s Gold, California’s Green, Downtown, Road Trip with Huell Howser, and Visiting will be less seen, but Howser’s collection of more than 2,000 programs will go online next year through a new archive at Chapman University. His geeky ebullience will continue to startle viewers—and invite parody—for decades to come.

That Howser, in stepping away from his celebrity, has adopted Garbo’s pose of being gone but always around is of a piece with his portrayal of another type from the same Californian golden age. Howser was the best of the “folks.”

Historian Kevin Starr, in his series Americans and the California Dream, traced the story of the “folks” who came to California beginning in the late 19th century and identified them as Protestant, fundamentalist, mildly Evangelical, prejudiced, narrow in conventional ways, and stoic but secretly yearning. The “folks” frequented the cafeterias downtown, worshipped at Aimee Semple McPherson’s Angelus Temple, gathered at annual state picnics in Long Beach to reminisce about back home, and joined the “lonely clubs” that were a feature of Los Angeles and San Francisco until the 1950s. The “folks” were mostly lower-middle-class Anglos, many from the border south, who came here—particularly to Los Angeles—for health and happiness in the sunshine. They found sunshine, at least.

The “folks”—however much they were mocked by later, big-city migrants for their provincialism—defined the everyday culture and politics of California past the mid-20th century in their expectation that the state would remain permanently theirs. They managed one last triumph: the passage in 1978 of the Proposition 13 property tax limitation measure. State demographers now chart the back-migration of the last of the “folks” to former hometowns in Kansas, Missouri, southern Illinois, Tennessee, West Virginia, and Oklahoma—perhaps as many as two million departures since 1991. While they sojourned here, they had made California one of the whitest of states. Their departure has helped to speed California’s transition into one of the most racially and ethnically hybrid.

Howser—Tennessee-born, drawling elongated vowels, bursting with enthusiasms—chose not to leave. He has never, despite playing the part on television, been genuinely one of the “folks.” For one, he’s better off than most of them, thanks to his business skill and a natural parsimony. He’s also fiercely unprejudiced. But the melancholy behind his fierce public niceness, the cheer that was supposed to make up for the regrets of the transplanted, still binds him to the “folks.” And it was in their service that he went everywhere in California and embraced every quirk of local circumstance, all the while delivering warm gusts of wonderment that were only partially synthetic. He showed them the California that they had dreamed of—completely harmless but always interesting. He wanted them to fall in love with their state. If only they had loved California as much as he needed to.

A long line of ballyhoo defined the making of California in the last century, so much so that sometimes California seemed to be nothing more than a sales pitch, only the hurrying spiel of a dealer in snake oil. But we still bought the pitch. We still swallowed the snake oil and, recognizing the amazing power of both, we made plans to repackage what remained of California for the next wave of migrants ready to buy. Our gullibility was matched only by our cynicism.

It would be a mistake, however, to lump Howser with the loud Bible and drum thumpers of that former California, ready to service your hopes while picking your pocket. Howser played one of the “folk” as larger than life and cannily for profit (at least until he stopped, for reasons that are his own for now), but the insinuating glee with which he took on California had more purposes than the standard con. Howser wasn’t just pitching the muchness of California, an abundance anyone should be able to see unaided. He was pitching the almost infinite otherness within the ordinary of California, particularly when California is considered with joy. I don’t know if the joy was a pose, too, like the piety of the minister who continues to preach after his faith is dead. But it’s hard for me not to see the subversion ever present in Howser’s joyous demeanor.

Howser told Los Angeles Times TV critic Robert Lloyd in a 2009 profile that his intent was to encourage viewers to begin personal adventures into the circumstances of their place, as if to turn each neighborhood joint or roadside attraction into the equivalent of the Mississippi River and to set out rafting with Huckleberry and Jim. That, of course, was the sales pitch, backed by so much “gee whiz” that your teeth rattled. The product wasn’t a harmless field trip, however, but an encounter with the differences that reside, intractable, in everyday life—real differences between people, conditions, ethnicities, and cultures that can only be accepted for what they are and mostly with a smile. Finding things beyond the bend in the road equally wonderful and alien—a kind of “aw shucks” cosmopolitanism—may be less of an enlargement of the moral imagination than some might want, but Howser never promised to redeem us in our broken paradise, only to make us more native to it.

In all those years of watching, the “folks” radiated their earnest pleasure back at Howser’s televised presence, happy to go the Beverly Hills dog show with him or the Los Angeles Super Show of lowrider cars or the contested U.S.-Mexican border or anywhere, in fact. They were happy to see him happy.

In numbers, political influence, and market share, newer migrants have eclipsed the “folks” who once made California in their image. Howser—the epitome of a Californian who wasn’t disappointed—may not have been one of the “folks,” with all their limitations. But by playing one on TV, Howser showed all of them how they might have been happier to be Californians.