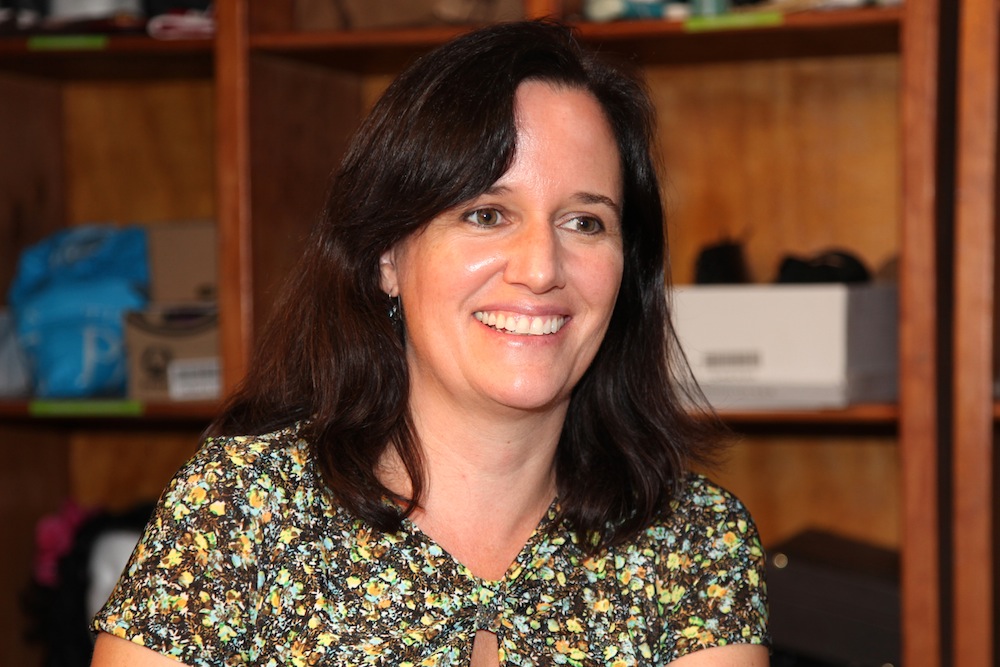 Heather Havrilesky is author of the memoir Disaster Preparedness, a contributor to The New York Times Magazine, and an advice columnist for The Awl. Before participating in a panel on women and humor, she talked about great Halloween costumes, bad cars, and big pet peeves in the Zócalo green room.

What was the worst car you ever owned?

I’ve only owned three cars. The first car I owned was awesome. It was a Honda Civic, I owned it for 15 years, I never had a single problem with it. The only bad thing about it was those automatic seatbelts—one of them broke. My next car, I got really high-rent for a while. I think I took equity out on my house to buy the car—part of the problem of the early 2000s. This was a Lexus RX 300. It was so above my station in life it was a joy to drive. It’s sort of like when people say you have a boyfriend who’s super good-looking, and you’re going to get sick of his personality? It’s like every day I’d sit and stare at my boyfriend. It was like the hot, bad boyfriend who wouldn’t have sex with you and broke down all the time.

Whenever I hear the word condiment, I just think someone’s going to say the word condom, and I don’t like to talk about condoms or condiments for that reason. Balsamic vinegar.

Describe yourself in five words or less.

Confessional, obnoxious, tries too hard. Is that five?

Do you admire any advice columnists out there?

I love Sugar. I think Cheryl Strayed’s great at that column. Dan Savage is great. I always read Ann Landers when I was little, and always disagreed with everything she said. I didn’t understand half of it. She was kind of mean and tough-love-y, actually; I liked that part of it.

A small, pot-bellied 3-year-old telling me, “Is it wake-up time yet?”

What TV hero or heroine reminds you of you?

This is very cliché at this moment, but Lena Dunham in Girls reminds me of me in that she’s one of the only real female human beings on television.

If you had one more hour in the day, what would you do with it?

Drink. I think I’d use up all my extra hours on the hangover.

What was your greatest Halloween costume of all time?