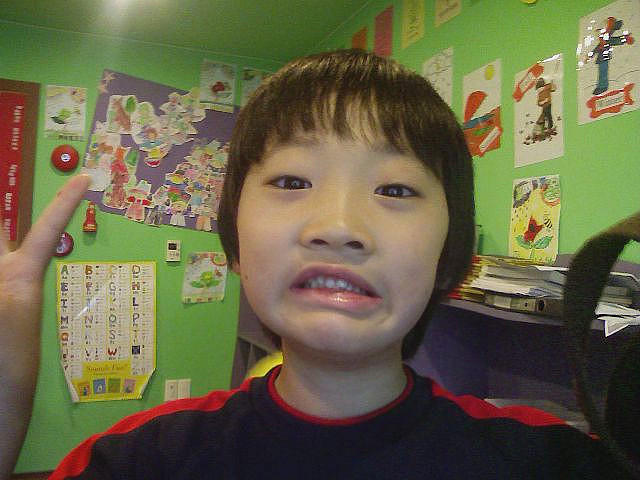 It could if we acted on the research

Given the obstacles to creativity, we’re doing well if we’re not becoming less creative

Yes, we are more creative

It depends what kind of creativity you want

Few subjects have received more attention and study than creativity. But it also takes, well, creativity to put research into practice, and there’s no consensus that 21st century society has become creative. In advance of a “How Do We Make Sense of Genius?”, a Zócalo event on the nature of genius, we asked experts: Has any of the vast literature on creativity actually made us more creative?

It could if we acted on the research

The extensive literature on creativity—accumulating since Alex Osborn and Robert Crawford developed the first creativity enhancement programs in the 1940s–suggests that our potential to express creativity is vast but largely untapped. At the moment, less than 1 percent of the people in the world express any significant degree of creativity. If people had the right training, that number would be closer to 100 percent.

This is evident from research on creativity training, which I summarized recently in a chapter in the new edition of the Encyclopedia of Creativity. It is even more evident from Generativity Theory, a formal, empirically supported theory of the creative process that I began developing when I was a graduate student at Harvard in the late 1970s.

According to Generativity Theory, the neural mechanisms that underlie creativity expression operate fairly well in virtually every human being. Those mechanisms allow each and every one of us to do new things every day, especially when we need to: to speak new sentences, to find our way around a new shopping mall, and to solve problems large and small. My research suggests that these very same mechanisms are also responsible for the profound acts of creativity we see so rarely: great works of art, world-changing inventions, and outstanding literature.

If we’re all equipped with the generative mechanisms that underlie creativity, why aren’t more of us creative? The answer is simple. From the moment we enter school, we’re discouraged from expressing creativity—from asking silly questions, drawing outside the lines, and so on. Almost all children are highly creative when they enter kindergarten, but few express much creativity by the end of the first grade. It’s the price we pay in our culture for socializing our young.

And who continues to express creativity? The children who resist socialization—the misfits. Creativity often continues to remain exclusively in their hands when they grow up. The creative types are indeed very often the outsiders and eccentrics—people who are very difficult to manage.

What a shame this is! What a waste of human potential! My research demonstrates clearly that people of virtually any age can be taught “competencies” that override the inhibiting effects of socialization, easily increasing creative output by 50 percent or more and sometimes by a factor of ten. Just teaching people to pay more attention to their new ideas and to record them as they occur—part of a competency I call “capturing”—can have a dramatic effect on creative expression. Ideally, one would teach such competencies as part of the socialization process itself, thus preserving the creativeness of every child. Imagine that.

Robert Epstein is senior research psychologist at the American Institute for Behavioral Research and Technology, the former editor-in-chief of Psychology Today, and author of The Big Book of Creativity Games and 14 other books. He is also the developer of two widely used tests that measure creativity competencies, accessible at http://MyCreativitySkills.com.

Given the obstacles to creativity, we’re doing well if we’re not becoming less creative

In his farewell address in 1950, the outgoing president of the American Psychological Association, Professor J. P. Guilford, admonished his colleagues for their lack of attention to the processes involved with creativity: “The neglect of this subject by psychologists is appalling.”

The admonishment was taken to heart. Since then, scientists, educators and deep thinkers have been studying, describing, and dissecting creativity in the hopes of understanding, and improving, our ability to create new and useful things. Search for “creativity” on Amazon.com’s book section and you’ll get over 15,000 hits. And that doesn’t even scratch the surface of what is available in the academic world.

Have we become more creative as a result of this effort? Creativity is notoriously difficult to define, much less measure. That makes answering this question in any objective manner difficult, if not impossible. So let’s be subjective, and let’s ask the question at two levels.

1. Have all the studies, books and workshops led to a more creative society

2. Have they led to more creative individuals?

To answer these questions, think of creativity as a muscle. Everyone has the muscle, and everyone can improve it to some degree. The more you work it out, the stronger it gets. Self-help books, like those by Michael Michalko, contain exercises designed to stretch the muscle. I have taught classes at Bentley University and at the Rotterdam School of Management that I hope made my students more creative. Indeed, after (imperfectly) measuring students’ creativity before and after the class, I found that it had increased. So, at the individual level, if nothing else, classes, books, and workshops stretch the muscle. Perhaps they don’t always result in the creative equivalent of a bodybuilding champion; but, like going to the gym, they do some good.

But have we as a society become more creative? This is a tougher question, because the effort does not occur in a vacuum, but rather must contend with societal pressures that work to limit creativity. The biggest limits on creativity come from the educational system, with its emphasis on standardized testing, finding the one right answer and moving students through the system. Indeed, internationally recognized creativity expert and author of Out of Our Minds: Learning to be Creative Sir Ken Robinson concludes that the educational system actively suppresses creativity. So, have all of our workshops, research, and books made society as a whole more creative? Perhaps not. But given the obstacles we face, we’re probably doing well if we simply avoid becoming less creative.

Dr. Andy Aylesworth is an Associate Professor and Chair of the Marketing Department at Bentley University. In addition to his marketing education he has trained in the techniques of improvisational comedy and strives to use these techniques to improve the business skills of his students.

Yes, we are more creative

Yes, it’s possible for literature on creativity to spark, support, and promote art, invention, and thought in all sorts of fields. One example would be the keen interest exhibited in the Enlightenment and Romantic eras on this subject. Take Alexander Gerard’s Essay on Genius, which Kant praised. Or the critic William Hazlitt, whose writing and lecturing on taste, poetry, and genius influenced the poet John Keats. Samuel Taylor Coleridge’s thoughts on the creative process elevated the work of his friend William Wordsworth, who said that Coleridge was one of two individuals to whom his own intellect was most indebted. The other was Wordsworth’s sister Dorothy, who kept exquisite journals of daily observation and experience. And then there’s “A Room of One’s Own” by Virginia Woolf, a book about the conditions of creativity for women that has encouraged creative writing by women.

There are caveats. Admittedly, much of the vast literature on creativity is plodding and ponderous. It does little good. But occasionally brilliant minds take an interest in the creative process and write about it, speak about it, or produce films that inspire others. There’s no formula, no method. If there were, we could crank out geniuses as we crank out cars or computers. Nevertheless, reflections and intelligent commentary on creativity can catch fire in receptive minds. It’s impossible to tell where inspiration will come from or exactly how creativity is generated but the literature on it has been responsible for real creative success. How do we know this? By the testimony of creators themselves.

Of course, it’s the quality of the creativity literature that matters. And at least some of the vast literature on creativity has indeed made us more creative or, more accurately, it has unleashed a creative potential already there, waiting for a catalyst.

Since 1978 Jim Engell has taught literature at Harvard, chairing the Department of English from 2004 to 2010. Recipient of four teaching awards, his recent publications include Environment: An Interdisciplinary Anthology (co-editor, 2008), Saving Higher Education in the Age of Money (co-author Anthony Dangerfield, 2005), and "The Council on Foreign Relations Task Force Report on 'U.S. Education Reform and National Security': A Reply and Response," Forum 5 (2012).

It depends what kind of creativity you want

Psychologists have been studying creativity—and creative genius—for more than 100 years. The collective findings have no doubt enhanced our understanding of a fascinating and important phenomenon. But can the results help us become more creative? This question cannot be addressed without first asking: What magnitude of creativity do you want?

Why is this distinction important? On the one hand, we know a great deal about the factors that increase little-c creativity. Moreover, these factors can be directly applied to real people to make them more creative. Yet these interventions have a limitation: Although they can enhance little-c creativity, they cannot make a little-c creator into a Big-C Creator. Why? Big-C Creativity, and especially that seen in the creative genius, is the product of many more factors—an order of magnitude more. Worse still, many of these influences are very difficult to manipulate for ethical or practical reasons. Even the most powerful dictators cannot just snap their fingers to create a golden age that rivals Ancient Athens or Renaissance Italy.

Although I have devoted myself over three decades to studying Big-C Creativity, my inability to produce creative geniuses does not bother me one iota. Geologists understand what makes mountains without knowing how to make mountains, and astronomers comprehend the basis of star formation without being able to manufacture stars on command. The creative geniuses that I study are my mountain peaks and supernovas. They are there for me to comprehend but not to control.

Dean Keith Simonton is Distinguished Professor of Psychology at the University of California Davis, and author of more than 450 publications on genius, creativity, and leadership – including Genius 101. More information at http://psychology.ucdavis.edu/Simonton/.