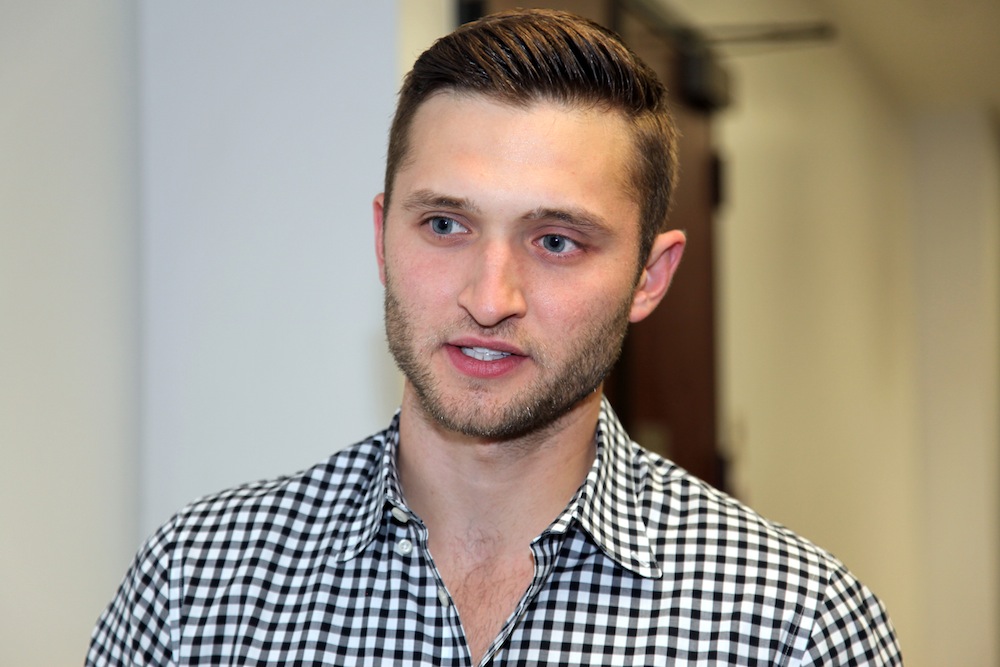 Jordan Wagner is the founder and executive director of Generosity Water, a nonprofit that drills wells in Haiti and around the developing world. He is also producer of the documentary La Source, about a Haitian immigrant working to bring clean water to the village where he was born. Before participating in a panel on whether Hollywood celebrities help Haiti, the 25-year-old CEO said that he hasn’t always been his own boss—and clocked time working the front desk at a health club back in high school.

I go to a few places, but I would say my balcony. Or I go for a hike—that’s probably my most alone time. I know, it’s a typically L.A. response.

If you could have any superpower, which would you choose?

I would choose to teleport so I could be anywhere in the world at any time.

So where would you like to travel or teleport to next?

I’ve done a lot of traveling through Africa and Third World countries and Haiti, so I’d like to actually do some traveling throughout Europe and Southeast Asia—Bali, Thailand, the Philippines. I’ve thought about this before.

What is your cocktail of choice?

Would probably have to be a vodka soda, splash of cranberry.

If you could be anyone in history, who would you be?

It’s a tough question because I love being me right now. Maybe King David, back in biblical times. Because I feel like he was a guy—he didn’t just inherit his kingdom. He’s gone through every human emotion that we all have gone through, and still pursued everything he wanted to pursue. He was the greatest king Israel ever had. He was a phenomenal leader. He fought, he lost—he’s a human at the same time.

What was your worst subject in school?

Have you ever had a boss?

Yes I have, a few times. When I was in high school I worked in a health club as a front desk clerk, so I worked for someone then. I was a healthcare recruiter, placing doctors and nurses in hospitals. And when I first started Generosity Water, my dad was my boss because he was the chairman of our board.