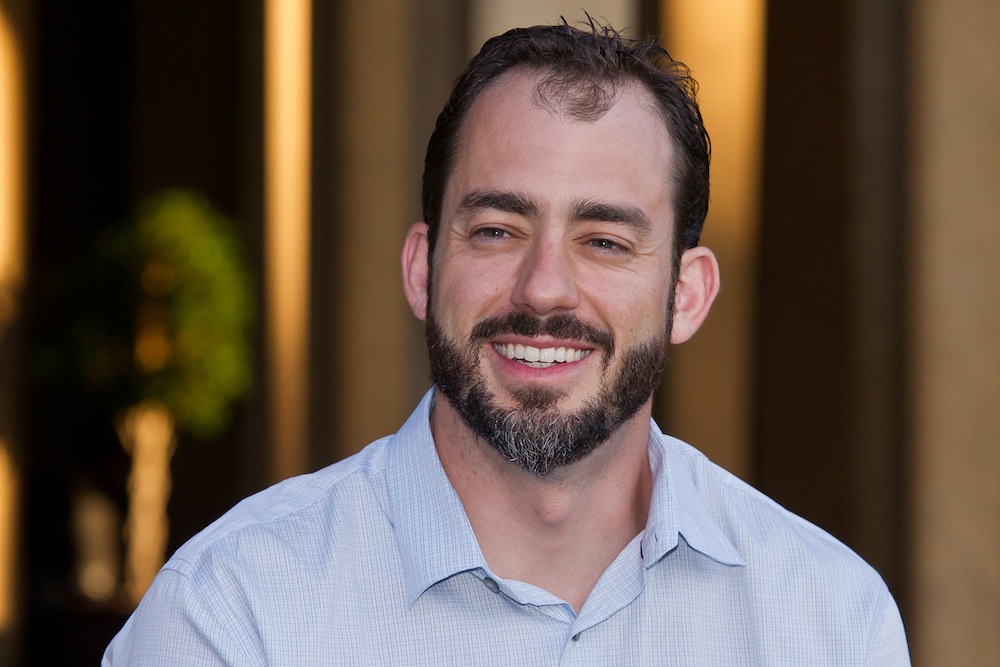 Scott Lewis is the CEO of nonprofit news organization Voice of San Diego; he also hosts a weekly radio show and writes a column for San Diego Magazine. Before participating in a panel on vigilance in the post-newspaper age, he sat down in the green room to talk about being a conflicted NFL fan, why he quotes from City Slickers more often than any other film, and perfecting the art of dropping the f-bomb on Twitter.

If you had one extra hour in your day, how would you use it?

I would read; I don’t read as much as I used to. In addition to hanging with my son. I’m supposed to say son.

Prosciutto. Those prosciutto and pear and arugula pizzas—those are my favorite. I used to not like sweet fruit like pineapple on pizza, but the pear-arugula-prosciutto combo has been a great disruption.

What does it take to get you on a dance floor?

What’s the ugliest piece of furniture you own?

A hand-me-down couch from my parents. It’s not ugly, but it doesn’t fit in with everything. It’s a big leather couch I probably wouldn’t pick, but it’s nice to have.

What’s the coolest thing about having your own radio show?

Just getting more professional at all these skills, at all these different ways to present content. The radio forces you to speak up; it’s helped my public speaking and also taught me to explain things. On radio you have to take a step back and explain things a little more than you might in different settings.

I am a huge NFL football fan. I’m very troubled right now and having a crisis about the head injury issue. So I’m working that out right now in my head.

Who was the last person to make you laugh?

The CEO of the Union-Tribune San Diego and I just had a really interesting exchange on email, and I laughed quite a bit.

There’s a city councilman named Carl DeMaio who’s been very open about how he’s made his calendar transparent and such. The problem is, the calendar has very large sections blocked off as, “Hold for Carl.” My wife’s quality control on my Twitter, so we talked about this quite a bit. I said, “I’m going make my calendar open in the Carl DeMaio style. It’s going to say, ‘Fuck you, I’m working.’” It’s one of two or three tweets where I’ve used the word fuck.

Just when my son goes to bed, and we finally get a chance to sit down, I just sit there and think for a while. That’s why I wish I had more time to read. And walking with my dog. I never come up with ideas in the shower, but I’m always able to articulate them in the shower. I got one idea from a dream; I don’t remember which one, but I remember being really excited.

What movie do you quote from most often?

City Slickers. Not because it’s wise or anything, but because I have a passage from it memorized, and I think it’s funny.