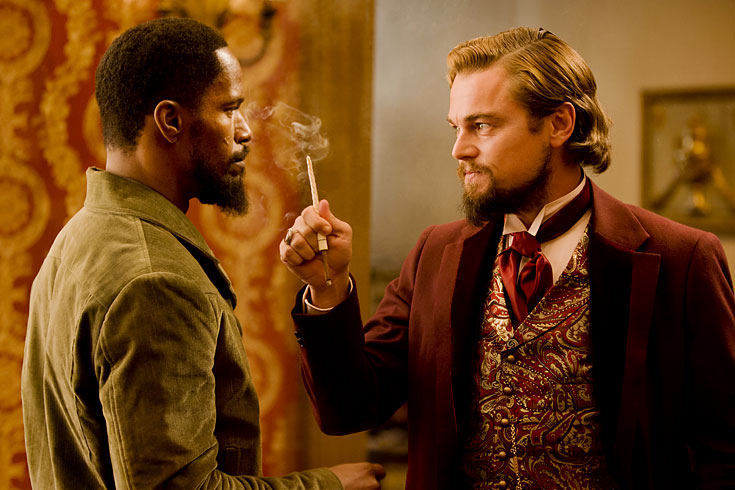 One recent night, the storied Eso Won Bookstore in Los Angeles’ Leimert Park was packed beyond capacity for a panel discussion of director Quentin Tarantino’s controversial new film Django Unchained. At least another 50 people gathered outside to listen via loudspeakers. The audience was almost entirely black. And the emotions were raw.

The panelists did not like the movie. They ripped it for distorting the history of slavery, for being wildly unrealistic, for celebrating gore for gore’s sake, and on and on. “Black people must tell our own stories,” was a sentiment repeatedly expressed. Slavery, this nation’s “deepest scar,” is not a subject for discussion at a cocktail party “in mixed company,” said columnist Anthony Samad. For journalist Erin Aubry Kaplan, slavery’s legacy is all too real even now in the American psyche to be reduced to a spaghetti western.”

Initially, comments from the audience echoed ideas expressed on the panel, but as the question-and-comment period continued, that changed. The film is a revenge fantasy, several in the audience said. It is not a documentary. “I loved this film,” one woman boldly announced, her face beaming. “The white man was getting what he deserved.” The room erupted in cheers and applause. Other speakers embraced her pleasure. “This film celebrates a black man’s love for his wife,” another woman said, “not his wench or his woman, but his wife. ‘Wife,’ that is a powerful four-letter word.”

Many people said they didn’t care about the film’s historical bona fides; they were thrilled to see the black superhero win, especially in a Hollywood movie. So what if in real life his chances of riding off with his wife from Mississippi and reaching a free state would have been slim to none? And is it really a fatal flaw that Tarantino has a hapless band of Klansmen going on a raid in 1858, seven years before the Klan was founded in 1865? At one point, panelist Ayuko Babu, co-founder and executive director of the Pan African Film & Arts Festival, asked for a show of hands of those who liked the film. Nearly every hand shot into the air.

I was struck by this divide and described the evening at Eso Won on Facebook. My post drew additional pro-Django comments from black readers. My friend and former Los Angeles Times colleague Adrienne Johnson, now a journalist in North Carolina, wrote that she found the violence “stressful.” But the charge that the film is unrealistic is “amusing,” she said, pointing out that the TV series Roots largely escaped such criticism, even though it “could arguably be called unrealistic and offensive because it softened the brutality of slavery in a way Django doesn’t.”

As someone who mostly enjoyed the movie myself, I was happy to see that it struck a positive chord with so many African-Americans. But one part of Django did trouble me: the soliloquy by Calvin Candie (Leonardo DiCaprio) on black submissiveness. Candie wonders out loud why a family slave did not simply cut his grandfather’s throat while shaving him on the front porch three times a week for 50 years. Then he produces the old slave’s skull and cuts away a portion, pointing to so-called physical evidence of submissiveness. In Candie’s estimation, Django is one black man in 10,000. But if he could cut open Django’s skull, he said, he’d find that same evidence of servility. Django appears to accept this statement—that he is one black man in 10,000—and announces himself as such.

Tarantino’s manipulation of history is, in terms of drama, entirely defensible. The audience is being primed for revenge lust toward Candie. (And there is little danger that Django will generate the kind of violence toward whites that D.W. Griffiths’ distortions in Birth of a Nation spawned toward blacks.) But that doesn’t make Tarantino right. Instead, he seems to have embraced a discredited conventional wisdom.

The myth of black submissiveness went practically unchallenged for generations as historians, many with Southern roots, simply could not free themselves from their romantic notions of slavery—darkies singing at sunset, benevolent masters extending Christian charity to their childlike charges.

Not until 1943 did the story change when historian Herbert Aptheker published his groundbreaking book, American Negro Slave Revolts, which documented 250 black attacks on the peculiar institution. Just as important as the actual revolts was the slaveholders’ continual fear that their “property” would rise up or join hostile armies or otherwise find ways to do them in. Moreover, the example of Haiti and its successful slave revolt between 1791 and 1804 was very real and very close.

Candie’s exercise in phrenology was not enough to ruin the film for me. I did not go to Django expecting to see serious slave-era history any more than I went to Tarantino’s Inglorious Basterds expecting serious World War II history. And, indeed, the controversies surrounding the films are similar. From neither would you know that some 30,000 European Jews fought in partisan units behind Nazi lines, or that 180,000 African-American troops took up arms against the South in the Civil War. Some Jewish critics felt that Tarantino trivialized the Holocaust just as some black critics feel he has trivialized slavery.

I’m sure the Django debate will continue and become more heated, even as it bolsters the film’s take at the box office. Meanwhile, Tarantino may next move on to a Native American revenge fantasy. But given the Little Big Horn, that won’t have to be as much fantasy.