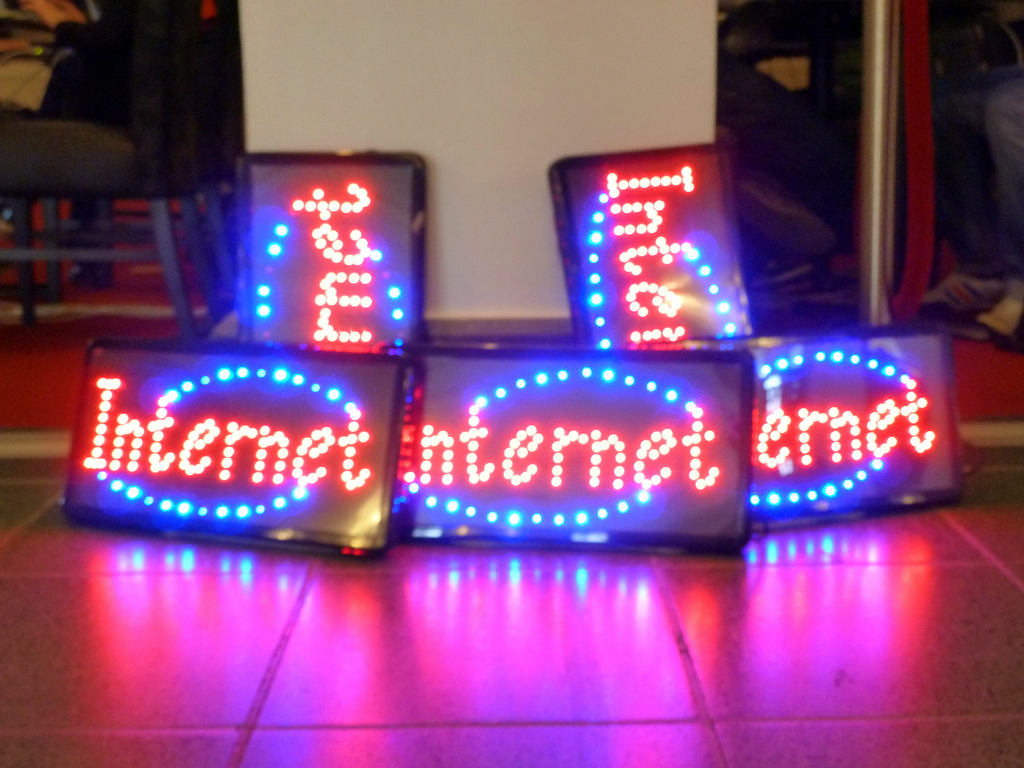 One year ago, in the aftermath of the Internet “blackout” staged to protest copyright legislation, Wikipedia founder Jimmy Wales explained why the online shutdown was so powerful. The blackout, he said, got “the attention of Congress.” Now, “they realize they can’t just listen to Hollywood. They need to listen to the users of the Internet.” The protests of Wikipedia, Google, Reddit, Tumblr, and thousands of smaller sites on January 18, 2012, inspired 10 million Internet users and voters to demand that Congress oppose the copyright legislation known as SOPA, the Stop Online Piracy Act, its name in the House of Representatives. SOPA would have imposed huge burdens on the social media sites and blogs used by average individuals in a quest to reduce piracy. The public’s message on January 18 was clear: we can’t protect Hollywood’s copyrights at the expense of all users’ freedom of speech.

Last year, the congressional offices likely didn’t expect such emotion over an issue concerning Internet and media laws—impassioned calls from constituents usually concern abortion, healthcare, jobs, or civil unions. The blackout changed that. One year later, its legacy is becoming apparent: It ushered media and Internet laws, which had been decided in closed-door meetings and executive boardrooms, into the political arena and the public square for citizen debate.

For decades, extension of copyright protections, approval of major media mergers, and deregulation of telecommunications companies weren’t treated as decisions inextricably tied to Americans’ fundamental civil rights in speech and information—values that lie at the heart of our democracy. Instead, policymakers considered them to be business disputes—debates up for discussion only between large companies and even larger companies. Law professor and copyright expert Jessica Litman devoted a book to exploring how members of Congress and corporate lobbyists negotiated intellectual property laws in proverbial smoke-filled rooms. A former chairman of the agency regulating media, the Federal Communications Commission, once joked that the agency’s acronym, FCC, had come to mean “Firmly Captured by Corporations.” Whoever had a seat at the table—cable executives, broadcasters, record labels, and studios—could stand to benefit from a deal. Until last year, the public never warranted a seat, and hadn’t succeeded in demanding one.

It’s not that the public didn’t care to join the debate; it’s that the public didn’t even know the debate was happening. Among the principal reasons why media and communications laws were not subject to political debate—unlike gun control, healthcare, or environmental change—is because they received meager or slanted media coverage over the years. For example, the news media’s biased coverage of the Telecommunications Act of 1996—legislation that benefited much of the media industry with spectrum for digital television and legal changes enabling greater media consolidation—has been extensively cataloged. More recently, a 2011 study revealed that the Associated Press’s reporting on copyright issues between 2004 and 2009 consistently favored copyright holders over copyright users. Evidence from several media scholars—and even the legal conclusions of a deregulatory FCC under President George W. Bush—suggests that media companies might not cover issues if the coverage harms their own bottom lines and stock prices.

Indeed, the pattern of lopsided mainstream coverage remained in effect for SOPA. Because SOPA’s goal was to reduce piracy of television shows and movies, cable companies spent millions in D.C. lobbying for the bill. Their television channels, however, provided almost no coverage. A few weeks before the blackout, long after millions of Americans had started organizing against SOPA online, MSNBC host Dylan Ratigan tweeted that he would cover the issue on air. He never did. Finally, three days before the blackout, MSNBC host Chris Hayes devoted a show to SOPA. But MSNBC’s owner, Comcast-NBC, was a big SOPA supporter, and its general counsel joined Hayes as a guest to argue that the entire debate was misguided and much ado about nothing. The media research organization Media Matters uncovered only one other television segment on SOPA before Hayes’s segment.

Thanks to the Internet, the public could route around the mute broadcasters. Millions of Americans learned about and discussed SOPA online from technology publications like Ars Technica, Techdirt, and Slate, as well as from friends and family sharing and re-sharing stories and videos on Reddit, Twitter, Facebook, and Google+. Law professors, venture capitalists, and technology executives drafted letters opposing the bills and posted them online for everyone to read. Senators voiced their objections to SOPA on Twitter and other social media.

After the defeat of SOPA last January, the new Internet constituency remained awake and involved. At first, members of Congress assumed that the drama represented a new chapter in business-on-business violence, blaming Google and the “tech industry” for the public backlash. But that analysis overlooked the dozens of nonprofits and millions of average Americans inspired to action by the blackout. Following SOPA, citizen-activists remained engaged, opposing a cybersecurity bill (best known by its acronym, CISPA) based on privacy concerns, as well as continuing to oppose international trade agreements (known by acronyms like ACTA and TPP) with SOPA-like features that protect copyright at the expense of freedom of speech. Inside-the-Beltway publications reported that, months after the blackout, legislators remained fearful of being “SOPA’d.” One congressman stated, “The nerds are stronger than anyone thought.”

Though Internet activists won’t win every debate, their SOPA victory endures in this key, subtle way: Internet policy issues will continue to swirl in the political arena, alongside debates over gun control, healthcare, and fiscal cliffs. This year, as we approach the one-year anniversary, several organizations are celebrating the date as “Internet Freedom Day,” to take its place alongside Labor Day and Arbor Day. The holiday’s aim is to serve as a call to continued vigilance as well as a celebration of what Internet freedom has enabled. During preparations for this commemorating holiday, a well-known activist for Internet freedom, Aaron Swartz, committed suicide while facing the possibility of decades in prison for activism to make government-funded research widely available to the public, based on arguments that the 1986 Computer Fraud and Abuse Act criminalized violations of terms of use. While the story is tragic for so many reasons on a human and national level, millions were immediately notified of the tragedy online through social media, dozens could provide their own comments and thoughts without any media filters, and within a week, Representative Zoe Lofgren introduced “Aaron’s Law,” which is aimed at addressing one of the legal ambiguities of the Computer Fraud and Abuse Act.

Years ago, when I told people that I worked on Internet law or Internet freedom issues, nobody had any idea what I was talking about. Today, it’s different. A year ago today, Internet policy “crossed over” from the nerds to everyone else. The voters who got involved, called their congressmen for the first time, and learned about legislation online for the first time haven’t forgotten. I don’t think they’ll be content sitting on the couch and only debating the issues that make it onto evening news.