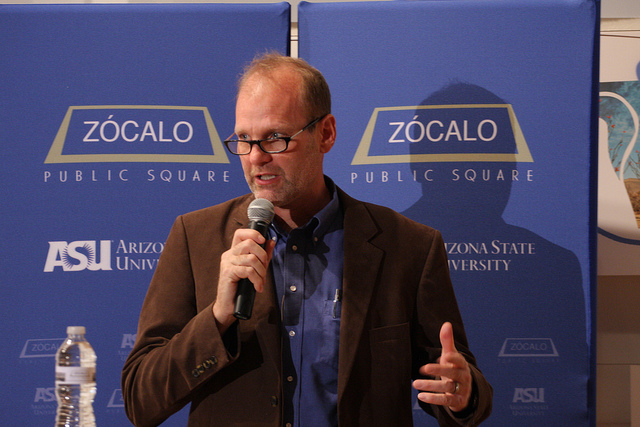 We might love to spend our vacations at the beach and buy winter homes in places like Arizona, but humans are a lot like Goldilocks when it comes to temperatures. “We don’t like it too hot; we don’t like it too cold,” biologist and nature writer Bill Streever told an audience at the Arizona State University Art Museum.

Nevertheless, said Streever, author of Heat: Adventures in the World’s Fiery Places, even if most of us don’t like experiencing extremes of heat, we’re fascinated by stories of them. (Some in the crowd disagreed with the notion that high heat isn’t enjoyable.  When Streever asked how many people enjoyed Phoenix’s record 122-degree Fahrenheit day in 1990, a few hands shot up.)

Right now, hot weather keeps making the news, said Streever. Last year was the hottest on record in the lower 48 states. In President Obama’s 2013 inaugural speech, the subject had also gotten hotter. The president devoted 158 words to climate change, up from 23 words in his 2009 inauguration address. Recently, the World Meteorological Organization also got in the headlines: Libya’s 1922 record for the hottest recorded temperature was thrown out and replaced by a 1913 Death Valley record high of 134 degrees Fahrenheit.

“The story of heat is a mix of science and culture and history and literature,” said Streever. “And it’s a great story.”

One part of the story takes place in the desert. In the 1920s, a biologist named Raymond Cowles was wandering about the desert when he noticed lizards sunning. He wanted to figure out how they had adapted to survive in heat so well, so he put them on leashes and tied them up in the sun—only to learn, from their swift demise, that they hadn’t adapted very well at all. Warm-blooded creatures survive much longer in the sun than cold-blooded animals, who regulate their temperature by going in and out of the sun. “Human beings are world-champion sweaters,” said Streever—we’ve evolved to sweat better than other mammals, in fact.

Humans started to control fire somewhere between 2 million and 400,000 years ago. But fires weren’t started or experienced the way they are today until far more recently. Although we’ve had fires in houses since we had houses (150,000 years ago), we didn’t have chimneys until about 500 years ago. And matches weren’t really invented until 1828. The first matches were very different from the ones we use today. One version was called the “promethean match”: a stick topped with a glass bowl filled with sulfur and surrounded by potassium chloride. Charles Darwin used them on the Beagle and impressed natives he encountered by biting off the tips of the matches to create a fire in his mouth.

The story of humans and fire is also one of fires burning out of control, which has happened many times in the history of firefighting. Ever since the Spanish Ranch Fire of 1979, California firefighters have been required to carry a small foil fire shelter on their belts. This tiny tent offers a way for a firefighter to survive being burned over by flames. Streever has played around with a fire shelter and even tried crawling into one. “I can only imagine how terrifying it would be to be in a fire and be burned over,” he said—the heat of the fire is intensely uncomfortable, and there’s still danger in the foil melting if it gets hot enough and the tent makes contact with the flames. Although firefighters are advised to keep talking to one another if they’re being burned over, one survivor of a shelter said, “If you hear anything at all, the things you hear you don’t want to hear—you wish you had never heard.”

Humans have also had a changing relationship with fuel. Crude oil was originally discovered as a byproduct of salt wells; it was run into rivers as waste in the early 1800s. The first use of crude oil by humans was as medicine—it was bottled up, and some people rubbed it on their skin while others drank it. (Streever has tried it and did not recommend the taste.)  But investors realized that crude oil (or “rock oil” as they called it) might be a replacement for whale oil, which was running low, and they began to drill. The oil boom that we’re still living in today began in Titusville, Pennsylvania, in 1859, when drillers struck oil for the first time.

By 1919, we’d become dependent enough on crude oil that a writer in National Geographic article pondered whether there’d be enough for his children and their children, a sentiment that would be echoed over and over in the next century.

But even if we fear extremes today, we still crave knowledge of them. The hottest temperature Streever has dealt with came at the supercollider at the Brookhaven National Laboratory in New York. The supercollider is the size of the Indianapolis Speedway, where cars get up to 235 miles per hour. Traveling around the supercollider, the nuclei of gold atoms reach up to 670 million miles per hour, creating temperatures of 70 trillion degrees. (“But it’s a dry heat,” joked Streever.) At that temperature, he and scientists were surprised to learn, matter behaves a lot like it does at absolute zero. But that is another story. 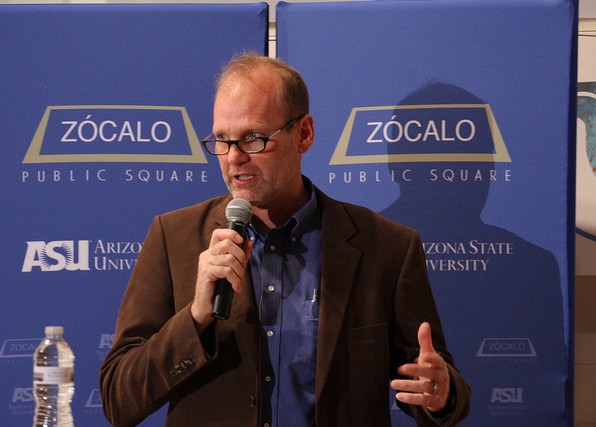 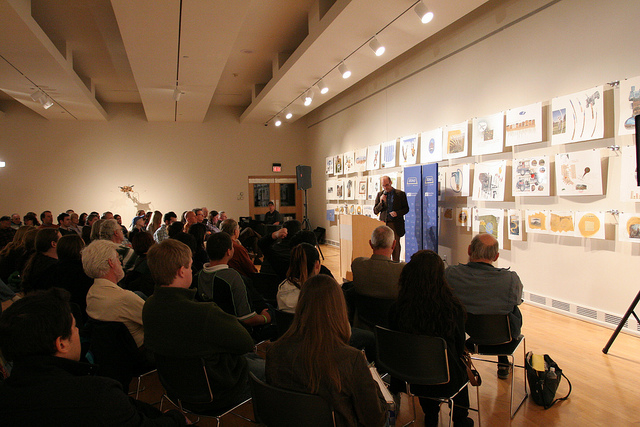 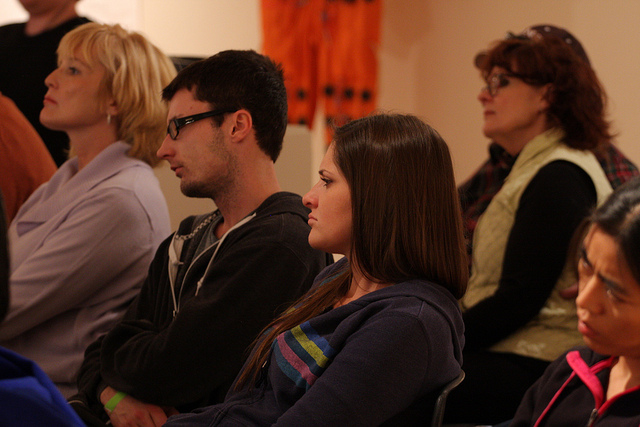 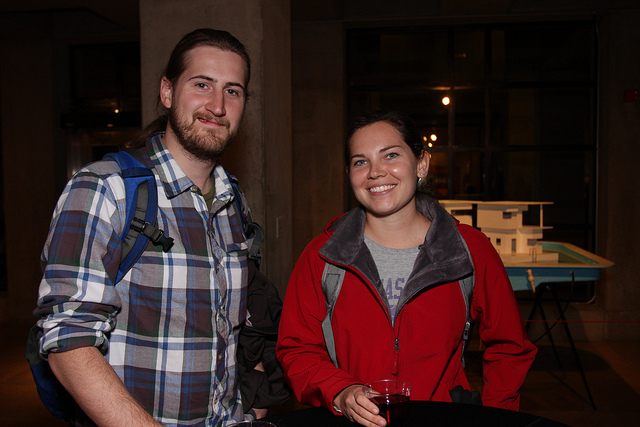