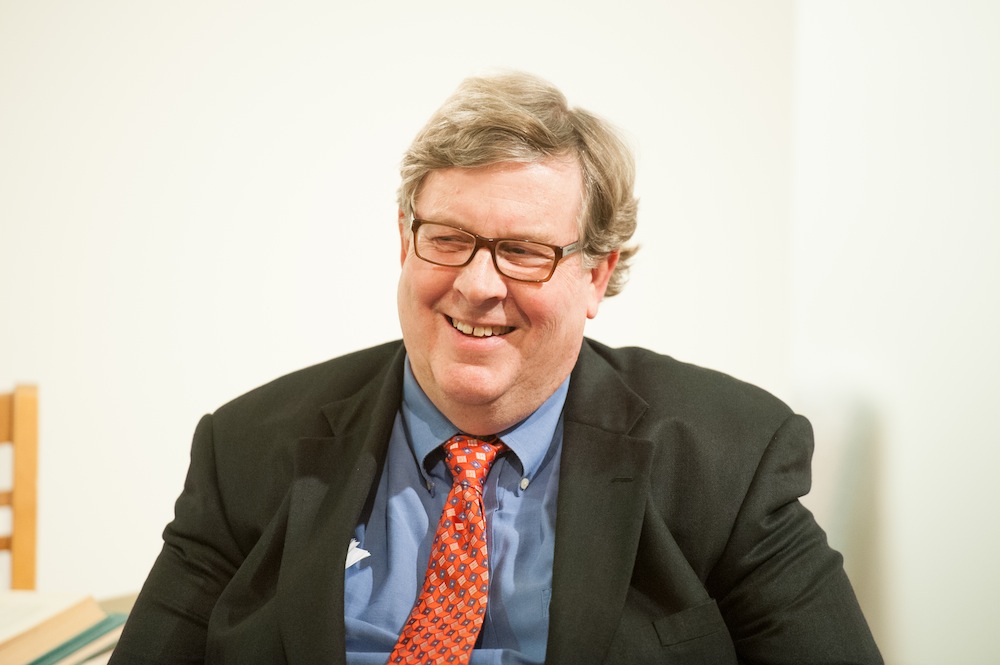 John Arthur is vice president and executive editor of The Bakersfield Californian, where he supervises the news staff; a long-time veteran of California newspapers, he was at the Los Angeles Times from 1986 to 2010. Before moderating a panel on physician shortages in Bakersfield, he sat down in the Zócalo green room to offer advice for aspiring journalists and Twitter neophytes and his thoughts on theme songs and the right way to cook an egg.

If you had a theme song, what would it be?

My favorite songs don’t have lyrics; they’re soundtracks from movies, like the one from Chariots of Fire or Lawrence of Arabia.

I’ve been to ballgames—I went to a Giants game in San Francisco. Last Christmas my wife and I went to the symphony, a chorale from San Francisco performing in L.A., the “Messiah.”

What teacher or professor, if any, changed your life?

What advice do you give to aspiring journalists?

If you really want to do it you can do it. It doesn’t hurt to start at a small place, which I did. I tell them I’m lucky enough to have loved every minute of it, from top to bottom. If you’re devoted to it, I encourage them to get into it. I started at a very small paper, and I think that’s good advice. I recommend that over journalism school.

What year, past or present, would you time-travel to if you could?

1927. The year that Babe Ruth hit 60 home runs, and when did Lindbergh cross the ocean—it might’ve been the same year. I think it was ’27.

What’s your favorite story you ever reported?

I’m an editor, so I haven’t personally reported too many stories lately. I worked at the Los Angeles Times for a long time, and I was involved in big disaster coverage like the riots and the Northridge earthquake. The horrible shooting that took place in North Hollywood. I’ve been lucky enough to work on coverage of major events where I was just a small part of the action, but that was satisfying.

People who use it to harangue, or who send too many useless tweets. I’m looking for humor and insight. I’m very big on Twitter.

What do you proselytize for?

Well I never expected to be working in Bakersfield, where my wife went to high school, but it’s a pleasant surprise—I really enjoy it here.