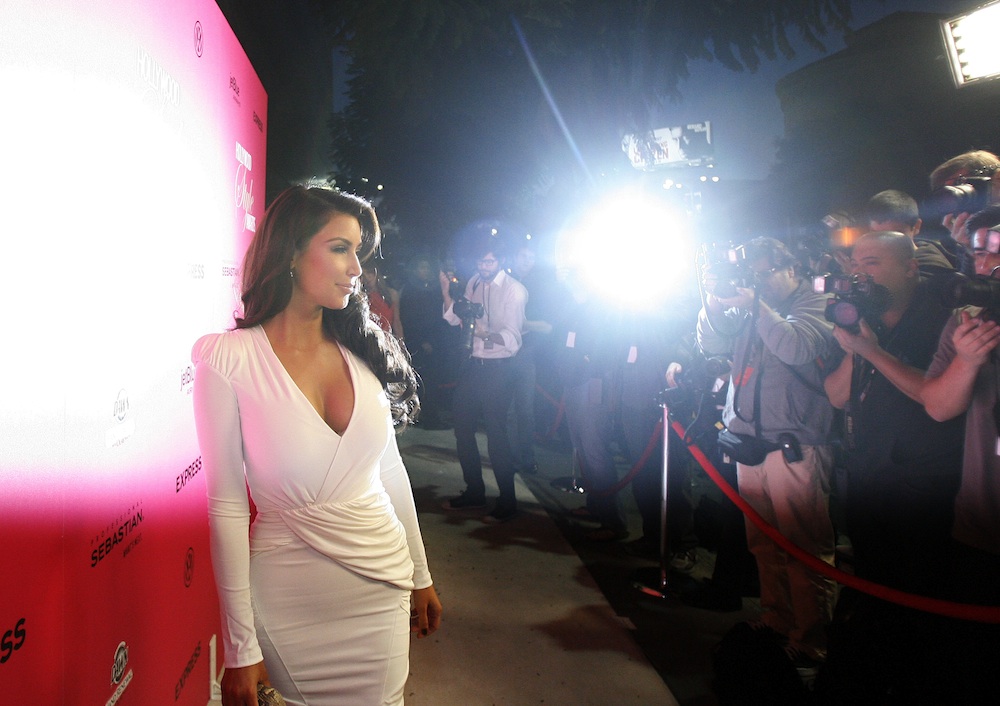 The importance of relevance, and of entertaining new ways of telling stories

The art of vigilance

Producing journalism about politics requires reckoning with entertainment culture and the journalists who cover it. Entertainers almost routinely become politicians, or at least flirt with the idea. Entertainment TV shows have become a forum for celebrities who want to make political stands, and politicians who wish to associate with celebrities. Politicians announce their presidential candidacies on comedy shows. Web sites like Gawker and TMZ can make a huge political impact with their scoops. Some political journalists fight the trend, but others see little choice but to embrace it. So in advance of a Zócalo event, “Is Infotainment Good for Political Journalism?”, we ask: What can TMZ teach political journalists?

The importance of relevance, and of entertaining new ways of telling stories

I wouldn’t suggest that TMZ is, or should be, the future of political journalism, but journalists of all stripes could certainly learn from the popularity—and increasing relevance—of infotainment.  Most of the time, when people use the term “infotainment,” they mean it in the negative, suggesting that “good” information has been debased by trivial entertainment. Too often, that critique may be right on the money. The conflation of information and entertainment, though, can run the other way—important information is often finding its way into what were previously non-political spaces, and paradoxically, some of the best sources of information now come not from traditional news organizations, but from the domain of entertainment.

In part, that’s because the term “entertainment” itself has two, quite different, meanings. On one hand, “to entertain” means to amuse and to distract. Entertainment is that which takes our mind off the serious world in which we live. But on the other, “to entertain” also means to consider—that is, to take something seriously, and think about it carefully.

Of course, not all infotainment does this. Much of it, including several outlets that still call themselves “news,” do indeed substitute amusement and distraction for serious information and consideration. But the ones that do provide this more interesting, and useful, kind of infotainment transcend obsolete distinctions between the serious and the silly, between politics and pop culture, and between information and entertainment. In the fundamentally hybrid age in which we live, that approach may better reflect the way real people talk about the important things they care about, and help us become better informed, and maybe even more engaged, citizens.

Geoffrey Baym is Associate Professor of Media Studies at the University of North Carolina Greensboro. He is the author of the award-winning book From Cronkite to Colbert: The Evolution of Broadcast News, and co-editor of News Parody and Political Satire Across the Globe.

The art of vigilance

TMZ and shows of that ilk rely on the “gotcha” moment. But while the gotchas come at a rapid-fire pace on the show, the reality is that they are the product of painstaking, boring “research” by intrusive paparazzi who follow their celebrity prey waiting for the wardrobe malfunction, the drunken escapade, or the bad hair day. Political journalists can learn the art of vigilance from TMZ.

Increasingly, today’s news organizations are stretched very thin and have little ability to be reliable watchdogs on political leaders. The era of investigative journalism spawned by the idolization of Woodward and Bernstein was forced to give way under the pressure of budget cuts and shortening news cycles. If anything, TMZ-style journalism can provide a reminder that it is the job of the media to expose corruption and abuse of the public trust—the political equivalents to celebrity misdeeds. But doing so requires more than showing up at press conferences. It requires the tedious vigilance that lands the gotcha.

This melded creation of infotainment is becoming the norm. The blurring of lines between entertainment and news is inevitable. What need not be inevitable is the intrusiveness that accompanies TMZ-style information gathering in the political world, since the misdeeds of the actors are so different.

At its best, infotainment can be brilliant, and it necessarily relies on an informed audience: chances are you won’t get a Saturday Night Live sketch if you’ve haven’t kept up to date with current events. And you don’t understand Jon Stewart or Stephen Colbert’s monologues if you don’t know what going on in the world. In fact, a study conducted by the Pew Research Center found that 54 percent of the people who watch the Colbert Report and the Daily Show with Jon Stewart have “high knowledge” of current events. What is more problematic with this melding, however, is the degradation of the “news” format so that it replicates the combative “gotcha” format. Political journalists—particularly those covering non-national candidates—need to be reminded that politicians are public servants, the large majority whom are trustworthy and working diligently to protect the public interest. Today’s political journalists need to exercise vigilance, but also caution, so as to not repel honorable people from public service.

Brigid Callahan Harrison is professor of Political Science and Law at Montclair State University, and is the author of five books on American politics. Like her on Facebook, or follow her on Twitter @BriCalHar.

Political journalists, like most journalists, are curious people. It’s a basic demand of the profession. If you don’t have a burning need to know more, learn more and share what you know, you shouldn’t be doing the job.

Most political journalists I know are ridiculously, scarily, overwhelmingly intelligent. Not only are they are able to analyze information and see the bigger picture, but also the best of the best can put the most complicated issues into simple words that everyone can understand. But it’s fair to say that only a few political journalists have the dogged tenacity of a TMZ reporter. If Harvey Levin says “Get the story,” you’d better get the story, and if TMZ has you in its sights, only a celebrity with the mind of a world chess champion can outwit their laser-sharp instinct for knowing the right questions to ask, the best way to ask them, and the determination to not be out-witted.

Sometimes we give our politicians an easy ride, when in fact, we should be forcing them to answer the tough questions. It’s a sad fact that the people who have the power to shape our lives, create policy and pass laws our behalf, sometimes get away with saying very little if anything. So if it’s your job to talk to politicians, I say, you’d better up the attitude and find your inner TMZ—because now more than ever, we need to hold our lawmakers accountable. It’s not hard, in fact, it’s as easy as ABC … or rather, TMZ.

Lisa Marks is a film and entertainment journalist, contributing regularly to the Guardian UK, and the Australian Sunday Telegraph. Follow her on Twitter at @lisamarks.