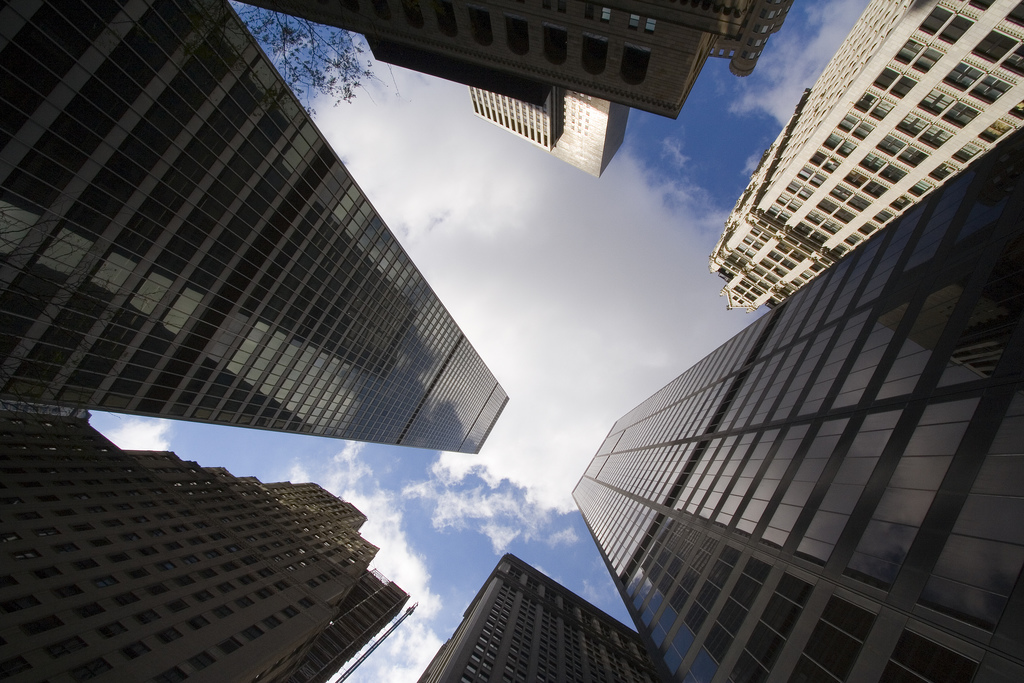 If you went back in time to 2007 or 2008, you would probably shock the public by explaining that the big banks, in 2013, look much as they did before the financial crisis. The banks didn’t escape from the crisis with little consequences thanks to accident or luck, explain economists Anat Admati of Stanford University and Martin Hellwig of the Max Planck Institute. Rather, they manipulated both the politicians and the people about the costs and consequences of reform. Admati visits Zócalo to discuss the danger of the absence of real finance reform to our economy. Below is an excerpt of her and Hellwig’s book, The Bankers’ New Clothes: What’s Wrong with Banking and What to Do about It.

For the first year after the financial crisis of 2007–2009, bankers were lying low, mindful of the anger that had been caused by the crisis and by the use of taxpayers’ money to bail out banks. French President Nicolas Sarkozy’s response to JPMorgan CEO Jamie Dimon in Davos in 2011 resonated widely with the media and the public.

At that time, most bank lobbying went on behind the scenes. Since then, however, the banking lobby has become outspoken again. As in the years before the crisis, bankers have been lobbying relentlessly and speaking up in public against tighter banking regulation. Leading bankers present themselves as experts who know and care about what is good for the economy. They are regularly consulted by leading government officials, regulators, and politicians. Every utterance of a major bank’s CEO is extensively reported in the press. But whereas there is major coverage of such statements, there is actually little scrutiny of the arguments behind them.

In Hans Christian Andersen’s famous tale “The Emperor’s New Clothes,” two self-declared tailors offer to provide the emperor with beautiful and very special clothes. They claim that the clothes will be invisible to people who are stupid or unfit for their jobs. The emperor orders a full set of these special clothes. When he sends his ministers to monitor the “tailors,” the ministers do not see anything, but, for fear of being considered stupid or incompetent, none of them admits this. Instead, they extol the splendors of the invisible clothes and the nonexistent fabrics of which they are made.

The emperor himself finds his new attire invisible, yet, not wanting to appear stupid or unfit to be emperor, he praises the nonexistent clothes. When he tours his capital “wearing” them, the onlookers also admire his attire, even though they do not see anything. Only when a little child shouts “The emperor has no clothes!” does everyone realize and admit that the emperor is in fact naked.

A major reason for the success of bank lobbying is that banking has a certain mystique. There is a pervasive myth that banks and banking are special and different from all other companies and industries in the economy. Anyone who questions the mystique and the claims that are made is at risk of being declared incompetent to participate in the discussion.

Many of the claims made by leading bankers and banking experts actually have as much substance as the emperor’s new clothes in Andersen’s story. But most people do not challenge these claims, and the claims have an impact on policy. The specialists’ façade of competence and confidence is too intimidating. Even people who know better fail to speak up. The emperor may be naked, but he continues his parade without being challenged about his attire.

Our purpose in writing this book is to demystify banking and explain the issues to widen the circle of participants in the debate. We want to encourage more people to form and to trust their opinions, to ask questions, to express doubts, and to challenge the flawed arguments that pervade the policy debate. If we are to have a healthier financial system, more people must understand the issues and influence policy.

Many have a sense that something is wrong with banking and have questions. Why did banks get into so much trouble in the crisis? Why were banks and other financial institutions bailed out? Were the bailouts necessary? Will these institutions be bailed out again if they run into trouble? Will new regulations help or hurt? Are they too tough or not tough enough?

Leading bankers have simple answers to these questions. They may admit that mistakes were made, but they portray the crisis primarily as a fluke, an accident that is highly unlikely to recur in our lifetimes. It would be costly and wasteful, they claim, to tighten regulation to forestall an event that might happen once in a hundred years. Tighter regulation, we are warned, would interfere with what banks do to support the economy, and this would have serious “unintended consequences.”

The English classical scholar Francis Cornford wrote in 1908, “There is only one argument for doing something; the rest are arguments for doing nothing. The argument for doing something is that it is the right thing to do. Then, of course, comes the difficulty of making sure that it is right.” He goes on to explain how “bugbears,” sources of dread or false alarms, are used to raise doubts or scare. If Cornford was writing today, he would surely talk about the bugbear of “unintended consequences.”

Meanwhile, politicians seem to be taken in by the lobbying. For all the outrage they expressed about the crisis, they have done little to actually address the issues involved. For example, one might infer from President Sarkozy’s lashing out at bankers that France is a champion of bank regulation. But this inference would be wrong. In the bodies that try to coordinate regulatory efforts across countries, France has consistently opposed any tightening of regulation. In the United States, regulations are often watered down in response to bank lobbying. For example, in passing the Dodd-Frank Act in 2010, Congress weakened the so-called Volcker Rule, which prohibits commercial banks from trading securities on their own account. Lobbying also affects the so-called rule-making process by which the regulatory bodies implement the law.

Much of the research on banking, the financial crisis, and regulatory reform takes for granted that banks and the financial system must be as vulnerable to risks as they are, so that the failure of one bank can pull down the entire financial system. Some academic research suggests that this fragility might actually be a necessary by-product of the benefits banks provide to the economy. However, this work is based on assumptions under which fragility is indeed unavoidable, without assessing the relevance of the assumptions in the real world.

Expanding the policy discussion beyond the circle of bankers and banking specialists is very important, because more action is urgently needed and yet has not been taken. The banking system is still much too fragile and dangerous. This system works for many bankers, but it exposes most of us to unnecessary and costly risks, and it distorts the economy in significant ways.

Can something be done at a reasonable cost to reduce the likelihood of banks’ failing and causing a costly crisis? In one word: Yes. Will the reforms that have been decided upon achieve this aim? No. Can we have regulations that greatly increase the health and safety of the system while still allowing banks to do everything the economy needs them to do? Yes. Would we, as a society, have to sacrifice anything substantial to have a better banking system? No.

One clear direction for reform is to insist that banks and other financial institutions rely much less on borrowing to fund their investments. The reforms that have been agreed upon since 2008 are woefully insufficient in this respect, and they maintain previous approaches that have not worked well. The benefits of a more ambitious reform would be significant, whereas, contrary to the claims of leading bankers and others, the relevant costs to society would be quite small, if they existed at all.

We are not saying that stricter limits to bank borrowing are the only measures to be considered. However, these measures are important and beneficial no matter what else might be done. Reducing the excessive risks to the economy from the banking system, particularly the large distortions that result from having institutions that are “too big to fail,” may well require additional measures. The key is to try to provide better incentives for market participants, and for those who design and implement regulations, so that bankers’ actions will be less in conflict with the public interest.