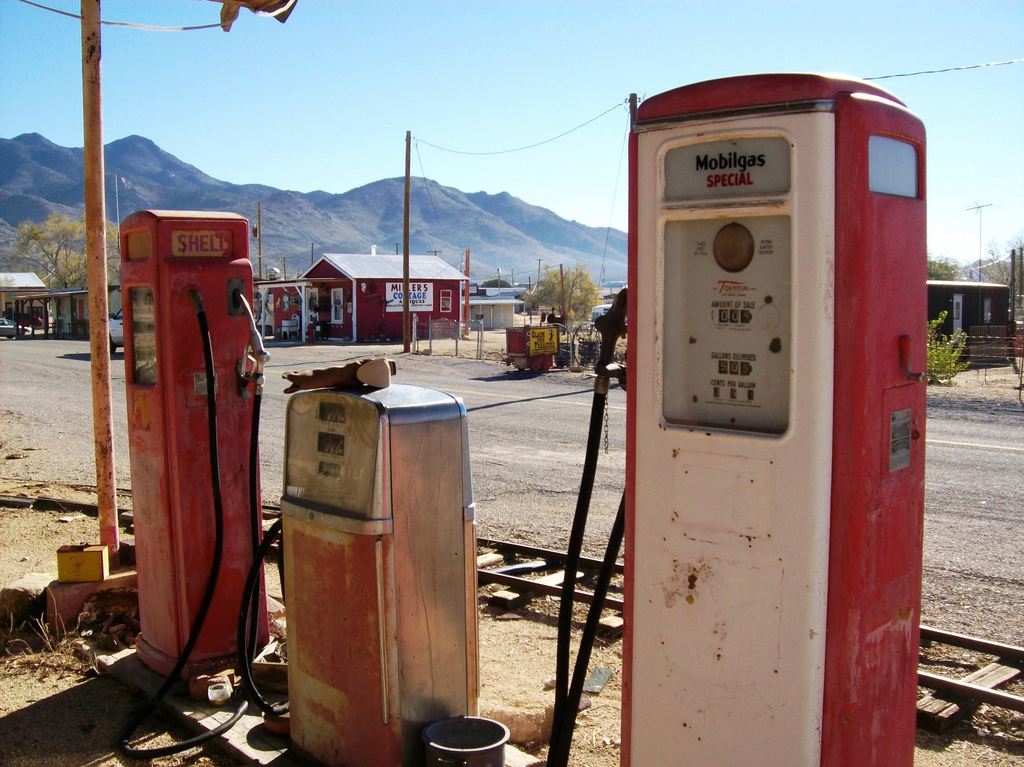 You won’t hear about crack spreads on the news, and not just because there might be children watching. Crack spreads bring up the complexity of the oil market, the odd folly of our oil policies, and the morally compromised role of consumers.

But here are four reasons why people, and especially people in Los Angeles, should care about crack spreads:

1. Los Angeles crack spreads are among the highest in the nation. To put it another way, Angelenos pay some of the biggest markups on gas in the nation. Last year, the average barrel of gasoline in L.A. sold for $127.44, more than any other region of the country, while crude prices averaged $94.11-111.70 per barrel, depending on whether they were from the U.S. or European oil exchange. Los Angeles refineries make a bigger profit than others, and one reason is us—local consumers, who have slightly higher incomes and a desperate need to drive to work. Even when a refinery breaks down and prices soar, we can’t cut back consumption.

2. You might assume that running a refinery is easy money. Crack spreads tell a different story. Last December, some refineries were running with a negative crack spread: They were selling gasoline for less than it cost to buy the crude oil. This happened because crude prices rose while refineries were running full tilt and consumer demand was stagnant, leading refiners to drop their retail prices lower and lower, taking a loss. (A note to follow up Point 1: Just as we are irrational consumers because we don’t cut back when prices are higher, we don’t buy more gas when prices fall.)

Refining, and the oil industry in general, is a rough game—so don’t assume that rising gas prices mean someone is making easy money on margins. On the other hand, don’t listen, either, when oil companies scream that they will shrivel up and die if we enact policies that do not benefit them. They are business survivors who go through difficult stretches but always find ways to make profits over the long run.

3. One reason gasoline prices and crack spreads have risen lately is that refiners are exporting gasoline at levels unseen since World War II. That’s right: The U.S., a net importer of oil, exports gasoline. So we consumers effectively compete for gas against anyplace in the world with customers willing to pay more for it. As long as the rest of the world wants gasoline, we’ll never have cheap gas again.

The export of gasoline points to another irrationality in our oil policies: We export almost no crude oil, because of a tangle of laws requiring that crude produced on U.S. lands stay here for the benefit of U.S. taxpayers. When it comes to crude, we’re not exactly for the free market—another indication of how completely confused we are about what we think we believe as a country! (Of course, oil company CEOs are in favor of exports.)

4. Some crack spreads are huge! Tar sands oil from Alberta was selling for $45 a barrel in December, $64 below the standard price for international crude oil. That’s bargain basement oil, and it can be refined to make the same gasoline that sells for $120 a barrel or more.

Why should you care? First, companies that were able to refine that oil and sell it as gasoline had high crack spreads and astounding profits. Second, the reason that tar sands oil is so cheap is that it’s landlocked, so it can’t get to ports where its price can be bid up. So, obviously, people in this situation want to have pipelines built—and you can hear them yelling about this all the time.

Finally, about those tar sands: The Canadians say their tar sands give them oil reserves on par with Saudi Arabia. But they spend $65-70 a barrel to get that oil out of the sands, so they’re losing money every time they sell a barrel of crude for $45. If they can’t find some way of getting the price up, Canada’s “Saudi Arabia” will disappear. In other words: Nobody wants to build a pipeline to give you cheap gas, no matter what they say. It’s just not about you.

Looking closely into the crack spreads helps dispel some of the myths we tell ourselves about gasoline. In fact, you could say there’s a bit of a crack spread in the American consciousness. Just 10 years ago, we paid $182 billion annually for gasoline. This past year, we paid $479 billion. Our gas tanks now soak up twice as much of our disposable income, and most of us cope with this ugly reality by averting our eyes. We’re too heavily invested in our own ignorance. And then, like the residents in the town in the Music Man, we follow anyone claiming a French horn or a Keystone Pipeline or a Fantabulous Frakinator will solve our problems and lower the price.

Our gas stations are part of the theater. Why else would they advertise credit cards on the pumps that will “save 5 cents a gallon” and give you “the power to lower your gas prices”—all with interest rates of 24.995 percent, as the Shell “Drive for Five” credit card offers? Really? You have to want to believe that. It’s lucky for oil companies that we do believe it, because running credit cards is a lot easier and more profitable than running a refinery.

Recently I’ve been reading a book about Alexis de Toqueville, the Frenchman who famously wrote about American democracy in the 1830s. He talked with American leaders who said that citizens cannot be trusted to understand complicated issues and make policy; instead they need to elect leaders. This, I think, is what has happened with oil. We’ve accepted a very simple public story about what is in fact an increasingly complex industry—and in doing so, we’ve lost … you could say “control,” or “power,” or gas.

We’ll have real “power” at the gas pump when we stop hoping the price of a gallon of gas will fall—and start figuring out how to run our lives using fewer gallons of the stuff. Instead of taking simple cues from gas prices, or waiting for simple answers, we need to embrace complexity and enact the policies that will give us a stronger economy, environment, and climate by using less petroleum.

In other words, the only path out of our current predicament runs right through the crack spread.