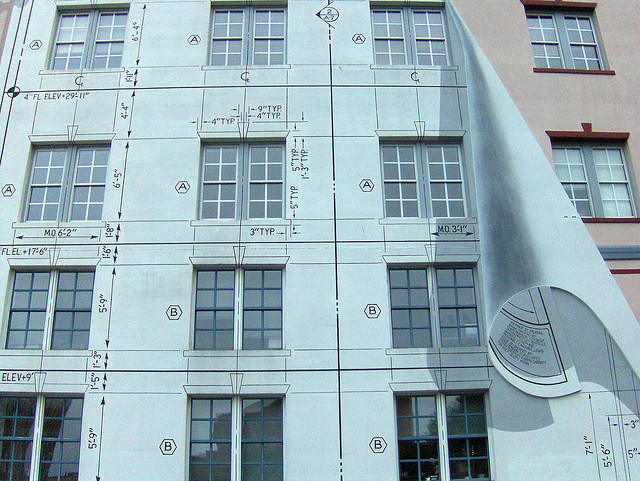 Yes and no—but the planet is depending on them

No—architects do not, and cannot, control our lives

If you’ve seen neighborhoods razed and replaced by entirely new sorts of structures, you might think it’s all a bit heavy-handed. And one of the key visionaries behind the effort has been an architect. By shaping our surroundings both outdoors and indoors, creating the very spaces in which we spend our days, architects arguably have a lot of power. Then again, people don’t tend to care much about an architect’s vision. They live as they choose to live. So which is it: powerful or not? Therefore, in advance of the Zócalo/Getty Center event “Does Architecture Matter?” we asked several architects and scholars to answer the following question: Do architects have too much say over how we live?

Yes and no—but the planet is depending on them

For evidence of how architects can influence all that surrounds us for a very long time, look no further than Le Corbusier. His innovations in design gave us car ports, the club chairs seen in countless waiting rooms, the horizontal bands of windows that adorn suburban office parks, super-efficient apartments mimicked in boutique hotels and micro-housing today, and arguably the modern accessories for living sold by Crate & Barrel and IKEA. His urban design schemes inspired countless planners, particularly in America, and the results were mostly lamentable—housing towers in the park, wide swaths of urban renewal, and highways through downtowns. The ripple effect of just one architect was so vast—and so mixed in results—it’s no wonder there is skepticism and lingering suspicion of successive designers who come forward with bright new ideas. Add in the notion of “star-chitects” and sideline obsessions with theory and form, and it’s a wonder architects aren’t getting even lower approval ratings.

We are living in a time, however, when innovation and creative thinking in housing, urban design, and planning have never been more needed. More than half the world currently lives in cities, and by 2050 that figure will rise to 70 percent—6.3 billion people in urban areas, which was the entire planet’s population in 2002. They must be accommodated first and foremost with decent, efficient, large-scale housing—the specialty of architects. Or at least it should be. The other major challenge, among many, is climate change. We will need design solutions not only for energy efficiency and greenhouse gas reduction but also for  the massive project of adaptation to the inevitable impacts of warming—storm surge, flooding, and sea level rise. Over the coming decade, it’s those kinds of challenges that will be part and parcel of our daily lives, and the design professions have a big opportunity for to step in to help. The ability of cities to function, let alone thrive, hangs in the balance.

Anthony Flint is a fellow and director of public affairs at the Lincoln Institute of Land Policy and author of the forthcoming The Raven: The Life of Le Corbusier, Maker of the Modern (Amazon, 2014).

At present, most architectural efforts are pinched between profit-minded developers and capricious urban planners. Architects are getting lower fees and less work, and the value of a building is often judged in terms of construction costs rather than in terms of what it does for the people and communities that use it.

Since people change, so should the buildings and spaces they live and work in. Architecture shouldn’t simply endure, it must responsively evolve. So must architects.

Architects with talent and a desire to create new value do so through collaboration, and they solicit ideas and from both clients and the community during the design process.  That allows them to transcend some of the knottier questions of who gets to control what.

This is how they learn about aesthetics and approaches other than their own. This is how to create partnership instead of design dictatorship. These partnerships enrich everyone’s understanding and appreciation of the value to be created.

No—architects do not, and cannot, control our lives

Architecture doesn’t tell us how to live, so architects cannot dictate modes of living. Even Fascist architecture in Mussolini’s Italy or Hitler’s Berlin was unable to get people to change their behavior all that much. But architecture is still a powerful force in our daily lives. The best architects and their best works offer us possibilities that we hadn’t envisioned. For example, people generally think that “affordable” housing is going to be cheap-looking or less desirable when compared to market-rate housing. If you look at the affordable housing that Santa Monica Community Corporation has built all over that city, though, you will see housing that exceeds what for-profit developers have built on the same blocks. SMCC’s housing gives its residents dignified, beautiful, and sustainable places to live. It’s the architecture that makes the difference, because it breaks out of the standard recipe that residential developers have used. But that is just one example, and we could enumerate many others in Los Angeles alone. Disney Concert Hall not only gives us a brilliant new way to think about performance, music, and culture, but also offers new possibilities to Grand Avenue and creates a special, intimate yet public garden on its terrace. As someone whose research and practice focuses on the intersection of architecture and urbanism, I believe architects are key players in making good cities, and we should give the most creative among them more opportunities to show us new urban possibilities.

Dana Cuff is professor of Architecture and Urban Design at UCLA, and Director of the research center, cityLAB.