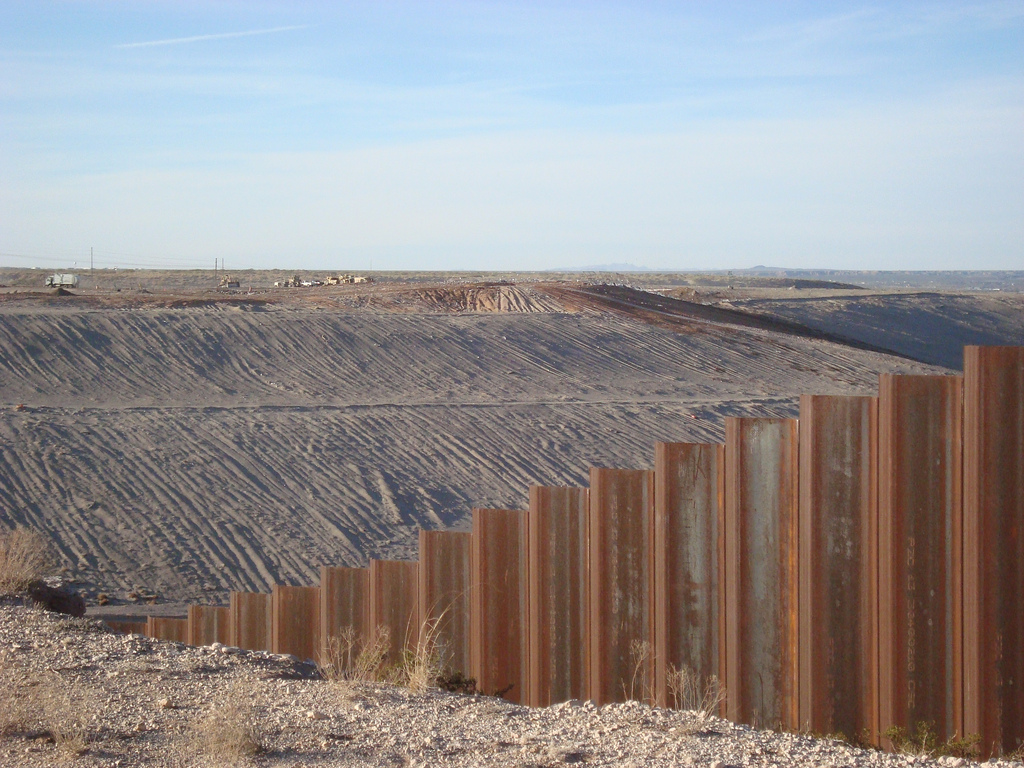 Is Mexico a growing middle-class juggernaut whose economy can only bolster ours, or a country engulfed by a drug war that threatens U.S. national security? Council on Foreign Relations Latin America analyst Shannon O’Neil argues that this binary understanding of our southern neighbor is not helpful and perhaps even dangerous for both countries. O’Neil visits Zócalo to talk about what the U.S. and Mexico stand to gain from improving their relationship. Below is an excerpt from her book, Two Nations Indivisible: Mexico, the United States, and the Road Ahead.

Once a sleepy border town known best for creating the burrito, Ciudad Juárez is now one

of Mexico’s fastest-growing cities. Hundreds of new buildings and factories fill the city’s streets, affixed with large signs announcing the presence of world-class companies: Boeing, Bosch, Lear, Delphi, and Siemens. Dozens of construction sites signal that the steady stream of maquila factories and jobseekers is not about to end. From the 12th floor of the Torres Campestre building, you can see downtown El Paso, Texas, now the smaller of the two connected cities.

In 2008 Juárez was named the “City of the Future” by Foreign Direct Investment magazine, a trade journal of the Financial Times Group. Per capita incomes surpassed Mexico’s average, and Juárez’s expansion spurred the biggest housing boom in the nation. New cars filled the streets, dozens of stores and restaurants opened, and the city boasted eight universities.

On a normal day at the Juárez–El Paso border crossings, some 80,000 people come and go. In the morning, children line up with backpacks, ready for school. Later on, drivers carry shopping lists or business leads as they pass through checkpoints to the other side. At night, couples, families, and friends visit relatives or head to bars and parties in the neighborhood (and often country) next door.

But open a newspaper or turn on the television, and a very different image of Juárez emerges. Each morning, numbed reporters recount the previous night’s murders. In 2009, Juárez’s death count topped 2,500—the highest in Mexico. Juárez set another macabre record in 2010, surpassing 3,000 drug-related killings, making it by many measures the most violent city in the world. The bloodshed of 2011 brought the cumulative five-year total to more than 9,000 souls. Teenagers, with little else to do, hang around gawking at bloodstained sidewalks. Close to half of Juárez’s youths do not work or attend school, setting themselves up for a life on the margins. Even in the strong midday sun, the unlawful menace is palpable, leading residents to scurry between their houses and work, to resist lingering in the open air, to duck when a car backfires. Whole neighborhoods have emptied out, as the residents, driven by fear, have made the heartbreaking decision to walk away from their homes. In 2009, the government sent in 7,000 military troops and federal police to patrol the streets in face masks and bulletproof vests, carrying automatic weapons at the ready. This only temporarily quelled some of the bloodshed.

The extent of today’s violence is unparalleled, but crime is hardly new to Ciudad Juárez. Drug-related violence first exploded in 1997 when the Juárez cartel leader died while undergoing plastic surgery to change his identity. What began as intracartel fighting escalated as the Tijuana and Sinaloa drug trafficking organizations entered the fray in an attempt to gain control of the city’s lucrative border crossings. Ciudad Juárez is also infamous for the violent deaths of hundreds of young women—most workers in the international maquila factories. Their murders remain unsolved, the law enforcement system being too weak, too incompetent, or too complicit to delve into the deep underworld of this burgeoning Mexican city.

Juárez today mirrors Mexico’s—and the United States’—larger dilemma. Can it realize its potential and become a hub of North American competitiveness and interconnectedness? Or will it succumb to inept government, weakened communities, and escalating violence, walled off rather than embraced by its neighbor next door?

Turn on U.S. cable news and story after story recounts gruesome beheadings, spectacular assassinations, and brazen prison-breaks, painting Mexico as a country overrun by drug lords and on the brink of collapse. More evenhanded news outlets aren’t far behind. The Los Angeles Times boasts a whole section entitled “Mexico under Siege.” If this threat was not enough, pundits and politicians alike conjure up images of vast waves of humanity pouring over the nearly 2,000-mile border—illegal aliens flooding U.S. schools and hospitals and taking Americans’ jobs. Whether by lost jobs, illegal immigrants, or thugs and drugs, Mexico’s downward spiral is portrayed as imperiling the American way of life. But this conventional wisdom about Mexico is incomplete. Worse, the response—walling off the United States—is counterproductive and even harmful to U.S. national interests. Paradoxically, such efforts make the doomsday scenario next door that we so fear only more likely, directing billions of dollars away from policies that could actually improve U.S. security and prosperity.

Overlooked, underreported, and at times even blatantly ignored in the United States is the positive side of what is happening in Mexico. Yes, the Mexican government faces significant challenges—the most urgent being security. But as dismal as the current news is, Mexico stands on the cusp of a promising future. Mexico’s real story today is one of ongoing economic, political, and social transformation led by a rising middle class, increasingly demanding voters, and enterprising individuals and organizations working to change their country from the inside.

Mexico has come a long way. Three generations ago, the vast majority of Mexicans lived in semifeudal conditions, tied to the land and political bosses. Two generations ago, Mexican students were massacred for their political beliefs by the authoritarian PRI government. Today, Mexico is a consolidating democracy, an opening economy, and an urbanizing society. Mexico is less a problem and more an answer for the economic, security, and international diplomatic challenges the United States faces today.

This isn’t the first time that the United States has misunderstood its southern neighbor or that its misguided actions have exacerbated the problems plaguing both countries. What is different now is how important the outcomes in Mexico are for America’s future. Over the last few decades, through the movement and integration of companies, products, and people, Mexico and the United States have become indelibly intertwined in ways that most Americans do not see or understand. What happens in Mexico today has ramifications for towns, cities, and states across the United States; this reality has yet to sink in, at least on the northern side of the border.

Policies such as the border wall assume that the challenges both countries face can be solved unilaterally. This too is wrong. Instead of clinging to the myth of autonomy, we must find a better way to work with Mexico for our own well-being. If we don’t, the consequences will be far worse than we imagine.