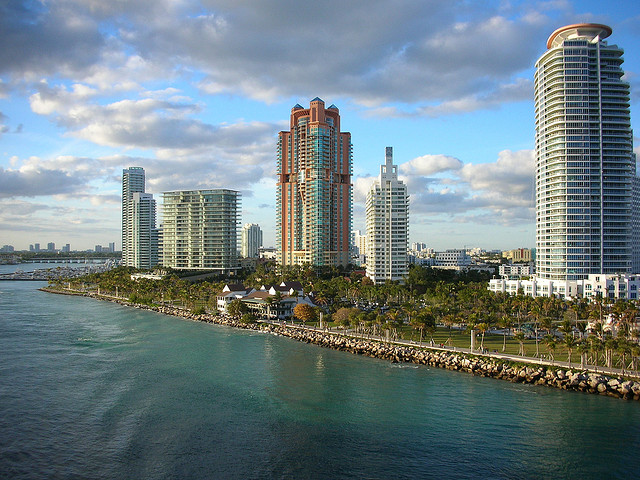 The economy, for immigrants and native-born workers alike

The most obvious beneficiaries of immigration reform are undocumented migrants and their families. But the sweeping legislation on the table has the potential to transform not just individual lives but communities. Immigrants have long been a driver of economic and population growth for South Florida. Will reform bring greater prosperity to everyone in and around Miami? Beyond economics, who stands to gain the most from this legislation? In advance of “What Would Immigration Reform Mean for Miami?”, a Zócalo/Azteca America event, we asked people who study and work with South Florida immigrants: Who—besides undocumented immigrants and their families—might benefit most from the passage of a comprehensive immigration reform bill?

Miami-Dade County is one of the most diverse communities in America. It has a vibrant mix of immigrants from Mexico, Haiti, Cuba, Venezuela, Colombia, Brazil, Puerto Rico elsewhere in Latin America, the Caribbean Basin, and around the world. It is the face of the emerging America.

Immigration system reform that is fair and respects civil rights would bring new Americans who work hard every day and contribute to our country’s vitality out of the shadows. They can become part of the “above ground” economy—working on the books and paying taxes. Also, thousands of young aspiring citizens will have access to affordable higher education.

A fair immigration process should reduce racial profiling. This concern applies especially outside of Miami. Under programs like Secure Communities and 287(g), people who local police assume are undocumented—largely Latinos and racial minorities—are often detained and put in the pipeline for deportation. Immigration reform that ends programs that rely on race and ethnicity for enforcement will repair trust between people from immigrant communities and law enforcement, and encourage immigrants to work with police to report crimes and provide tips, something they are currently frightened to do.

Immigration reform will save money—currently, $2 billion, or $164 per detainee per day, is spent on civil immigration detention. In Florida, there are a large number of immigration detention beds, at privately managed ICE facilities like the Broward Transitional Center and at jails rented by ICE, such as the notorious Baker County Jail. An immigration process that restores due process—providing timely bond hearings for detainees and alternatives to jail detentions of low-risk individuals—affords constitutional protections and reduces unnecessary spending.

Yes, Miami is a vibrant city, but with a robust immigration process, we will grow our economy, educate our young people by allowing them access to a college education, and make our neighborhoods safer by improving the trust and cooperation between immigrants and the police.

South Florida, with its large number of immigrants is no exception to the historic process of U.S. bound migration. The area, home to scores of undocumented immigrants from the Americas is a testimony to the need of comprehensive reform. But who stands to benefit most from the prospect of an immigration system overhaul?

As most public debates about the costs and benefits of immigration focus on economic impacts, we miss a bigger picture of the benefits that immigration reform could bring to our national project. After all, immigrants have long contributed to our cherished institutions, strengthening them through participation, engagement, and commitment.

In this sense, South Florida is no exception. Here we all win with immigration reform and the incorporation of new Americans to our traditionally strong social institutions.

Religious organizations win, as newly legalized immigrants continue to energize congregations and strengthen their mission of care, outreach, and education.

Politics win, as new Americans can participate in our political process, energizing our traditional parties and diversifying our governmental institutions through their own participation in local elections.

Undocumented status is a strong deterrent to integration and participation of individuals in our social institutions. Reform is not just about the legal status of undocumented individuals. It is about the strength of our social fabric and the success of those bonds that have for so long exemplified the American spirit.

Alejandro Angee is an assistant professor of sociology at Miami Dade College. His research focuses on the intersection of immigration, globalization, and labor.

The economy, for immigrants and native-born workers alike

Meaningful immigration reform would benefit South Florida’s economy by regularizing the status of undocumented immigrants whose potential contributions are undermined by their immigration status. Providing legal channels to hire low-skill immigrants as workers in the open market would discourage wage suppression that affects immigrants and native-born workers alike, boosting the standard of living of all South Florida’s residents.

Moreover, granting work visas to highly skilled professionals who are undocumented would give Miami’s employers access to a skilled labor force that is currently underutilized. Engineers, doctors, and other professionals are working in low-skill jobs because their immigration status does not allow them to take the exams to certify them to practice the professions in which they were trained. This human capital is going to waste.

Immigration reform, however, is not only about economics. It is also about what sort of society we want to live in, and claim to be. Any meaningful immigration reform, ultimately, will approach immigrants as human beings who are part of families and communities. It will address the social and emotional costs that immigrants and their families (many of whom include U.S. citizens) suffer when living in the shadows.

Such an approach benefits all of us. Undocumented immigrants participate in the civic life of Miami and this country in myriad ways, including providing care and support services, such as elder care and childcare, that sustain the productive capacity and quality of life of U.S. citizens. While these caregivers sustain the formal citizenry, they have minimal protection under law and no voice in the democratic process.

A society with a legally invisible class of people, who contribute to its upkeep and quality of life, is not a society that is fully democratized nor based on justice. In a robust democracy, those who actively participate will have voice and recognition. Immigration reform, including the extension of citizenship, is the way to secure liberty and justice for all who contribute positively to the social fabric of South Florida’s society.

Elizabeth Aranda is associate professor of sociology at the University of South Florida. Sallie Hughes is associate professor of journalism and Latin American studies at the University of Miami. Aranda and Hughes are authors of Multi-Ethnic Miami: Seeking Security and Belonging in a Global City (with E. Sabogal), Lynne Rienner Press (forthcoming, 2013).