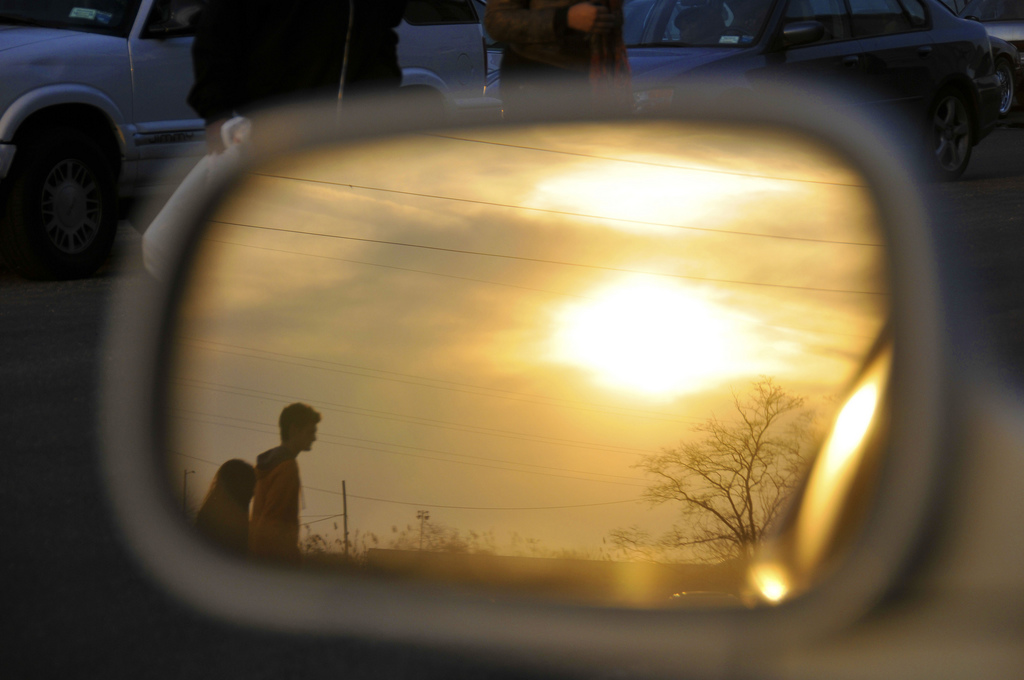 The car was packed, the boxes taped and labeled,
and a babysitter played go fish on the porch
with the son and toddler daughter.
The windshield gleamed. A chip, thumbnail-wide,
explained the clouds’ share of weakness.
I had an image to protect—
my face hovering, my friend’s near it,
frown spidering glimpse, how I’d remember this,
and the rest. That’s all there usually is, these days,
to loss—no violence. We must’ve dared it
once too often, when absence loomed
its soapstone shadow, tantamount to everything.
Recall, years hence, the shameless scream,
which did not go unpunished, on a day
too much like this. Now we know better. We speak
outside of silence, as we’ve studied, to forget,
and in between syllables that count out mostly nothing
someone makes the closing gestures—
seat belts tight, dog in carrier.
The exhaust pipe huffs out a sour, sad stench,
and they heave off slow under crush
of essentials, crawling like the future down the wet lane,
tending on dull rubber, the straightaway
far away, and if I am more or less neglected—checking
my pockets idly for despair, or lint—I believe they’ll return
to me, settling somewhere. We’ll be in touch,
we’ve said aloud, embraced, touched
hands, and the weariness, the bleach-burned sky,
and the calendar, squares carved in lockstep rows,
extend the signal to begin again.