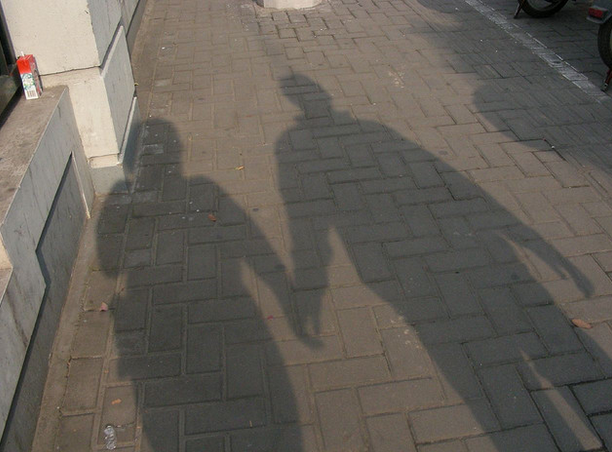 (In the previous installment of Born Into the Cycle, Lakesha Townsend described growing up with her mother, Gracie Marshel Wilson, known as “Michelle,” in the Imperial Courts project of Watts. In this installment, Townsend describes the role of some of the men in Michelle’s life.)

One important man in my mother’s life was her boyfriend R. Lee. Whenever he came over, he’d bring us kids chips, cookies, candy, or something, and he was always nice to us, even when Michelle, our mother, wasn’t. We loved him.

When Michelle would straighten our hair, my sister Renee and I would fight to avoid going first. We hated it, because Michelle didn’t allow you to flinch, even when she was singeing your ears, neck, and forehead. All night, our heads would be burning.

Michelle would curse at us. She’d say, “Be yo’ black ass still, you li’l bitch, before I bust yo’ ass in the head with this straightenin’ comb.”

R. Lee didn’t like that. “Don’t call your girls bitches,” he said one night. When Michelle kept doing it, R. Lee opened the door and started shouting to everyone that Michelle was calling her little girls names. R. Lee yelled, “Bitch caller! Bitch caller!” I guess it must have embarrassed Michelle, because she eventually stopped using the word on us—at least in front of R. Lee.

Michelle also got involved with a guy named Carlton Smith. Carlton was tall and husky, with huge hands. The one good thing about Carlton was that he’d promised us a pair of kites. We were excited about that.

One night, after finding out that Michelle and R. Lee were together, Carlton confronted them when they were coming home to Michelle’s house.

Carlton turned to my mother and grabbed her, smacking her and dragging her into the house by her head. I still remember that: one of his hands all wrapped up in her hair. My brother Tavien and I stood in the doorway and didn’t move.

Later, Carlton was busted for a few crimes and wound up going to jail for a long time. He died there. But Tavien and I never forgot about those kites we’d been promised. We talked about it every once in a while.

Michelle was always more at ease when R. Lee was there. I think she fell in love with him. He was six years younger than her. Before long, they had a child together, my baby sister Rhanita. Three years later they had another child, Janice.

They did everything together. That included robbing, stealing, and using drugs. R. Lee used cocaine with Michelle every day.

Because Michelle ran the streets so much, she had my aunt Tanya babysit us. Tanya was about 15, just eight years older than me. She had a boyfriend named Rudy, who would come over while she was babysitting. Rudy was also R. Lee’s little brother.

One night, after Tanya had fed us, bathed us, and put us to bed, I was awoken by a blast. All I could hear was Tanya crying. I crept downstairs toward the noise and into the living room, where I saw the worst accident I’ve ever seen. Tanya was lying on the floor with blood all over her forehead. She was asking Rudy, “Am I gonna die?”

Rudy called an ambulance and told Tanya not to say who’d shot her. Then, when the sirens approached, he sneaked out the back door. I held Tanya’s hands as she lay there crying until the medics came in. They put Tanya on the stretcher and took her away. Tanya didn’t die. It turned out the bullet had just grazed her. But I don’t know how it happened.

R. Lee’s robberies led him to prison—more than once. When that happened, we’d go see him with my mother. One time, my mother dressed me in a pretty green summer dress with big blue and yellow flowers. Then she tucked two joints into it. Although the guards at the prison gave everyone pat-downs, they went easier on us children. In the yard, Michelle reached over and pretended to fix my dress, pulling out the joints and sliding them under the table to R. Lee.

It was also after one of these prison visits that Michelle almost killed all of us with her driving. Somehow, when we were on a highway, Michelle wound up swerving, and the car went completely out of control. I was screaming, Tavien was screaming, and even Michelle was screaming, gripping the wheel and trying to straighten the car as it veered left and right across the road. When she finally managed to put on the brakes, we were at the edge of a cliff. We drove home. Nobody said a word.

This is the third installment of a multipart series by Lakesha Townsend on her family history in Watts, Los Angeles, California. Zócalo will continue to run Townsend’s recollections every few weeks.