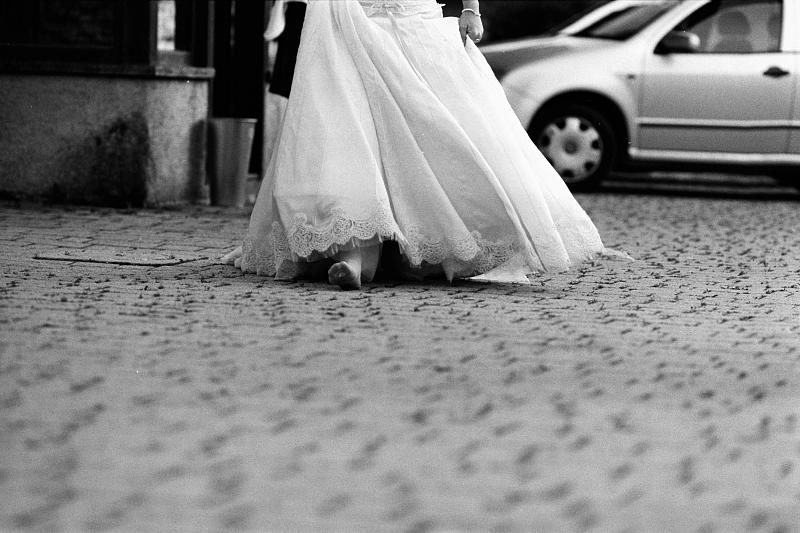 I’m going to let you in on confidential marriage, an only-in-California concoction that is little known but deeply relevant to today’s debates about marriage.

In this marrying month of June, with the U.S. Supreme Court about to rule on same-sex marriage in California, now is the right time to ask: How and why did Californians get this strange marriage option? And what does it mean for us today?

Confidential marriage got on the books in February 1878 as a way for churches and pastors to legitimize couples who were already living together out of wedlock. The state had lots of common-law marriages between people who—often because they lived in remote areas away from churches and courthouses—couldn’t sanctify their unions. Pastors, who got the exclusive right to solemnize confidential marriages, saw it as getting couples right with God. The state liked it because it clarified inheritance rights for children. Couples liked it because no one could find out they’d been living in sin.

“The confidential marriage statute is a bit of Victoriana, designed as were so many expressions of that era, to preserve the illusion if not the fact of respectability,” according to a 1984 state report on those early beginnings.

The institution remained unchanged—and little used—until the 1970s, when legislators made it easier to perform confidential marriages, expanding the type of people authorized to sanctify such unions beyond the clergy. Californians liked that confidential marriages didn’t require blood and rubella tests—or the resulting waits. Conservatives, appalled by the spread of cohabitation, thought confidential marriage might encourage couples to enter the holy institution secretly while keeping up appearances with marriage-skeptic friends.

All of this led to a surge in confidential marriages. In 1972, the first year of state recordkeeping, about 1,200 confidential marriages took place. In 1982, 58,000 couples entered into confidential marriages, approaching one-third of all marriages in California. Wedding chapels in Lake Tahoe and San Bernardino County took business from competitors in Reno and Las Vegas by touting the speed, privacy, and lack of blood tests. (“One Stop Instant Weddings” was a common billboard ad.) When brides and grooms asked about the requirement that the couple have been living together as husband and wife, clerks in El Dorado County would reply, “Honey, if you’ve ever been to bed together, you qualify.”

Still, for some, such as paparazzi-evading celebrities, confidential marriages remain appealing. In recent years, about one out of five marriage licenses issued (41,816 out of 223,265 in fiscal year 2011-12) was confidential, according to California Department of Public Health estimates.

Confidential marriage could see another boost if the U.S. Supreme Court comes out for same-sex marriage. Wary of societal prejudice, some gay couples may prefer to marry without bigoted family members or bosses being able to find out.

But the real power of confidential marriage could come into play if the court leaves Prop 8 in place—or issues a ruling that leaves the question of same-sex marriage open in California. In that case, I would submit that—as a temporary measure until full marriage equality arrives—a fitting compromise would be for the state and its voters to grant same-sex couples a constitutional exemption to marry confidentially. That would give the title “marriage” to gay unions—but allow conservatives to say that it is not the same as traditional marriage. (Conservatives who resist this compromise as a “redefinition” of marriage should be reminded that confidential marriage is itself a redefinition they supported.)

Such a prospect may sound to some readers like a matrimonial “separate but equal.” But in many ways, such marriages are separate—but better. For those who want their marriage publicly known, nothing requires couples to keep a confidential marriage confidential; you can televise your ceremony if you want. Confidential marriage licenses are a few bucks cheaper ($85 in L.A. versus $90 for a public license). Cloaking a public record makes it a little bit harder for you to be targeted by marketers or, for that matter, identity thieves. And confidential marriage is kind of cool in that it connects today’s couples to a noble, historic institution that served people who wanted to define family on their own terms.

Indeed, California might be wise to sell confidential marriage around the country as a special benefit you can’t get anywhere else (though, to be fair, Michigan has a less confidential form of secret marriage). Privacy-loving people might come here from out of state to marry and honeymoon, and our economy could use the boost. And if more couples settle here and start families, so much the better. California is getting older, and needs more children.

Heck, maybe we all should embrace confidential marriage. Yes, there’s something clean and handy about public records. But isn’t mystery what keeps marriage alive?