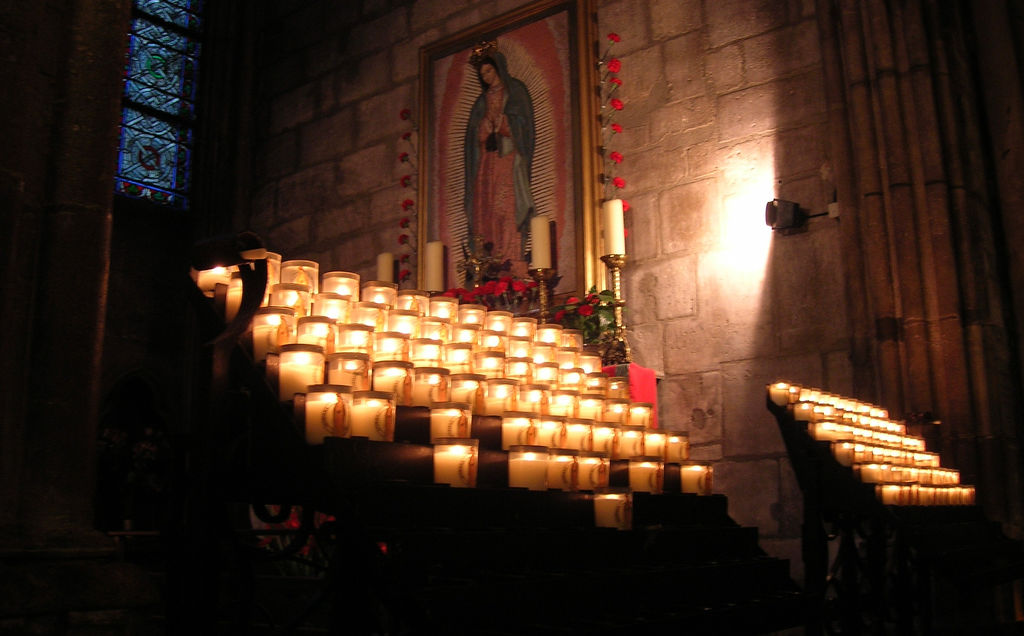 Anyone can spend a lifetime trying to understand his parents. But mine might require eternity. My dad was a priest and my mom was a nun. They met, fell in love, left the church, married, had two children, and after 15 years, decided to divorce.

I don’t remember who first told me about how they met, whether it was my mom or dad, but from age nine I could picture it easily, indelibly: It looked like the cover of a Harlequin romance. My mother was a young nun who had fled a tough childhood for the convent. My father was a tall, striking, mild-mannered priest. But what I didn’t know was if, looking back, either of them thought they had made the right decision in leaving the church, or if they still harbored guilt and regret. I wanted to know, too, why they took those sacred vows in the first place. 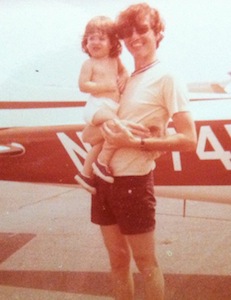 Both of my parents grew up in coal-mining towns in southeastern Pennsylvania. Both came from working-class Catholic neighborhoods you could only escape by going to college or joining the church. My dad was the eldest of four boys and the most serious and studious, a young man of deep intelligence who found comfort and solace in letters and numbers. A local priest noticed his gifts and decided to help him apply to North American College, an exclusive university in Rome for novice priests. For my dad, it was a golden ticket out of Swoyersville and into another world, one that encouraged the exchange of ideas among men of all walks of life.

My mother’s journey into the convent was not so straightforward. Her father was an alcoholic, and she spent some nights wandering the pubs of Mildred, Pennsylvania, with her sisters in tow, searching for the man who was supposed to bring home dinner. The convent offered a warm and mysterious shelter from the storms of her family life. She joined the convent right out of high school, at age 17.

In my 20s, as I passed through those landmark moments—college graduation, turning 21, moving to a new state, getting a real job, going on dates—my parents could only give advice at a remove: “I can’t really relate to what you’re going through,” they’d say. I turned 33 this past January, and I was overcome with a sense of arriving at a crossroads. I wanted, again, to ask my parents what I should do next: find a woman and settle down, start a family, change careers, keep my stable job, move to Asia and teach.

Instead, while my dad was visiting L.A. from the East Coast, I asked him to go back to his own crossroads. Over brunch in Venice, I asked why he chose my mom out of all the women back in Scranton. He took a bite of his toast and chewed methodically, pausing as always before speaking. His brow furrowed, and he dove into the story of how they met. 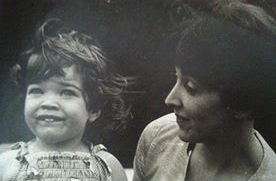 They were both teaching at St. Paul High School in Scranton. It was 1968. They crossed paths for a year or two. They started talking about the changes in the church, in society, in the world. He was attracted to her instantly, but he had been through that test with women before and had always passed. As he got to know her, though, he felt something different. “She made me feel very excited, and I always wanted to be around her. She was smart and funny, and I think she understood me. I had always looked at women from afar, kind of like how a chivalrous knight looks at a maiden,” he told me. “But she was right there, listening to me, and hearing me. One day I looked her in the eye and told her I was going to marry her.”

After hearing him say that, my mom says, she didn’t really have a choice. She describes a man so passionate and persuasive about his beliefs that he seemed almost revolutionary. He sparked in her a desire to call into question the structure they both had spent the better part of their lives adhering to faithfully.

My father was known as a rebel within the church; he was often visited by a particularly zealous bishop who warned him not to stir the pot. Instead, he joined the cause of the Berrigan brothers, an Irish-Catholic Jesuit priest and his brother who were imprisoned for their involvement with protests against the Vietnam War. My mother says that my father’s fervor for social justice fueled her attraction to him more than anything else.

When that attraction reached a breaking point, my mom visited the Mother Superior, the head of the nuns in her order of the Immaculate Heart of Mary, and told her she was leaving. “I hope it’s not over a priest,” Mother Superior replied. My mother says it was like a knife to her heart.

Instead of going through the channels of laicization that a priest needs to be fully relieved of his duties and to become a layperson, my father went home to Swoyersville and waited for my mother. She left the parish under the guise of night. They moved into an apartment in Delaware, and my mother took a teaching job at a public high school in Newark while my father applied to be a social worker at a prison in Smyrna. They lived unmarried in that small apartment for half a year before exchanging vows at my aunt’s house in a small wedding ceremony. My mom says they had already committed the biggest sin of all in leaving the church together, so living together before marriage was an afterthought.

In many ways, their marriage was doomed from the start. Each family saw the other person as the cause of a great sin, and family relations were strained and tense. Without having any work experience, my parents struggled in the workforce, especially my dad. He didn’t want to work for anyone, so he started a business the year I was born, in 1980. It was a few hard years before it became profitable. Around that time, my parents’ marriage started falling apart, and in 1986, when I was six, they got divorced.

As a kid I used to joke, maybe even brag, that I was “the spawn of the devil” because my parents left God to run off and have my sister and me. It was my way of coping after the divorce, of turning the story into a joke so I didn’t feel so different. It didn’t work.

After the divorce, my dad took me to church every Sunday, all through middle and high school. My sister was at college in Providence, so it was usually just the two of us. He always got to the church right on time, just as the bells started ringing. I loved, and still love the mystery of Catholic Mass—the meditative pauses in between the readings, the priests speaking in low voices in a language almost not-English, the dark wood and musty scent of the pews. It came to represent so much of what my relationship with my parents felt like—at times mysterious and confusing, but always calling me home.

Today I can sit with my parents and look at them as two human beings. I believe they still love each other deeply, though not in a romantic way. My mother has since remarried, and my father has been with the same woman for over 20 years.

This past Mother’s Day, I asked my mom if she had any regrets about leaving the church. We were talking on the phone, and my office door was open. I instinctively walked over and closed it, afraid I was going to choke up. She said she had regrets initially, but the births of my sister and me erased any doubts or misgivings. We were the best outcome of their decision to leave—a decision both of them probably would have made regardless of how their relationship had unfolded.

It’s harder for my father to talk about his past. Deep down, he still believes that he is a priest, and he’s said that if someone were dying, he could give them last rites. His conversations with me sometimes have the structure and lyrical quality of a homily, and he talks about current church issues with the same fervor I’m sure he had in the ’60s.

After the divorce, my father bought a house about two miles from my mother’s, stopping by for celebrations and casual visits even after my mom remarried. These days, they take alternating trips out to California to see my sister and me, and my sister’s two boys. When we’re all together, we occasionally talk about religion and the future of the church, but the past no longer grips us as tightly as it used to. I suspect I will never get all the answers from them. Their relationship has taught me not to dwell on what separated them, but to appreciate the miracle that brought them together in the first place.