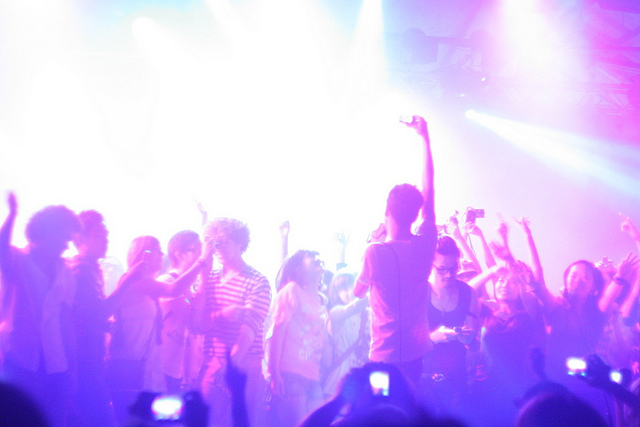 There’s a nasty California disease spreading so fast that even our baseball teams have caught it.

Last year, the Los Angeles Angels of Anaheim kept their best player, then-20-year-old Mike Trout, in the minor leagues for the first month of the Major League Baseball season. This year, the L.A. Dodgers held down their most talented player, 21-year-old Yasiel Puig, for the first two months. Both teams felt their player was too young and needed more seasoning, and both teams paid a heavy price. The Angels fell into such a deep hole in that first month that even Trout, who had a record-setting season once he was brought up to the majors, couldn’t dig them out. The Dodgers fell into last place without Puig. Since his arrival, they’ve rebounded into first place, but those early-season, Puig-less losses could come back to haunt them.

But don’t be too hard on the Angels or Dodgers. In California, delaying the progress of ambitious young people has become standard operating procedure.

A bachelor’s degree used to be a four-year project. Now, thanks to generations of cuts in funding and course offerings, state universities compare graduation rates at a six-year standard.

Young people used to buy homes. Now, especially in the more populous coastal cities, high prices force couples to wait years longer than the average in other states before they begin the process of finding a home and community, building equity, and starting a family. (This is one reason why California’s home ownership rate, 54.5 percent, badly lags the national rate of 65 percent).

Launching a business takes months (or even years) instead of weeks thanks to labyrinthine California regulations and local permitting. And on hiring, California faces a double whammy of delay: a comparatively high unemployment rate and a high number of unfilled jobs. To put it another way, young people can’t find work, which means they can’t get experience and skills, which means the jobs employers wish to fill lack qualified candidates.

Young people everywhere face these problems, but they are especially pernicious for California, which prides itself on innovation and defining the new.

California’s budget system squeezes the universities and favors debt over new investment. Our tax system famously requires new homeowners and businesses to pay more in property taxes than their established counterparts. We have relatively high taxes on sales and new investments.

And we subsidize the old, lavishly and unapologetically. Even if the old are felons. One reason our prisons are so overcrowded and cost so much is that prisoners are kept inside until they are old and require extensive medical care.

Californians love to debate whether this or that tax policy is driving millionaires and billionaires out of state. That’s understandable—our progressive tax system depends heavily on the rich—but the wealthiest Californians are actually the demographic most likely to stick around. We should worry about people who are more likely to leave the state: college students who can’t find a spot in our public universities and young families who can’t afford a home.

California’s elite ought to embrace an agenda focused on how to do better by the young and hungry people who represent the state’s future. How do we reduce the costs of high-quality housing and education? How do we make it easier and faster to start a business?

But such a futuristic outlook isn’t a natural fit for a state political elite that is extraordinarily long in the tooth. Governor Jerry Brown and U.S. Senator Barbara Boxer are in their 70s; Dianne Feinstein, at 80, is the oldest current member of the U.S. Senate. Antonio Villaraigosa, whose future is speculated about as though he were a young, up-and-coming politician, is 60. By the time our youngsters—like Lieutenant Governor Gavin Newsom, 45, and Attorney General Kamala Harris, 48—get a shot at higher office, they could be AARP members.

Yes, experience has its virtues, and some restrictions on youth make sense. (I’m glad you have to be 18 to use a tanning bed and 21 to buy a handgun.) But California has too many limits that substitute age for judgment. These start early—we’ve helped balance the budget in recent years by progressively raising the minimum age for starting kindergarten.

This sort of thing is symptomatic of an older California. Children, who made up one-third of the state population in 1970, are projected to be one-fifth of the population by 2030, according to a recent paper by USC demographer Dowell Myers. Los Angeles, once synonymous in the popular imagination with youth, is now getting older faster than other major American cities.

I grew up in the San Gabriel Valley, where I live today. I like to drive around and admire all the old homes and streets and parks, but I’m shocked at how much of the fruit on the old trees is left to hang and then fall, rotten, to the ground. My exterminator says that’s why the area has so many rodents. It’s as though we Californians have forgotten the most basic of lessons: When the new fruit ripens, you have to pick it.