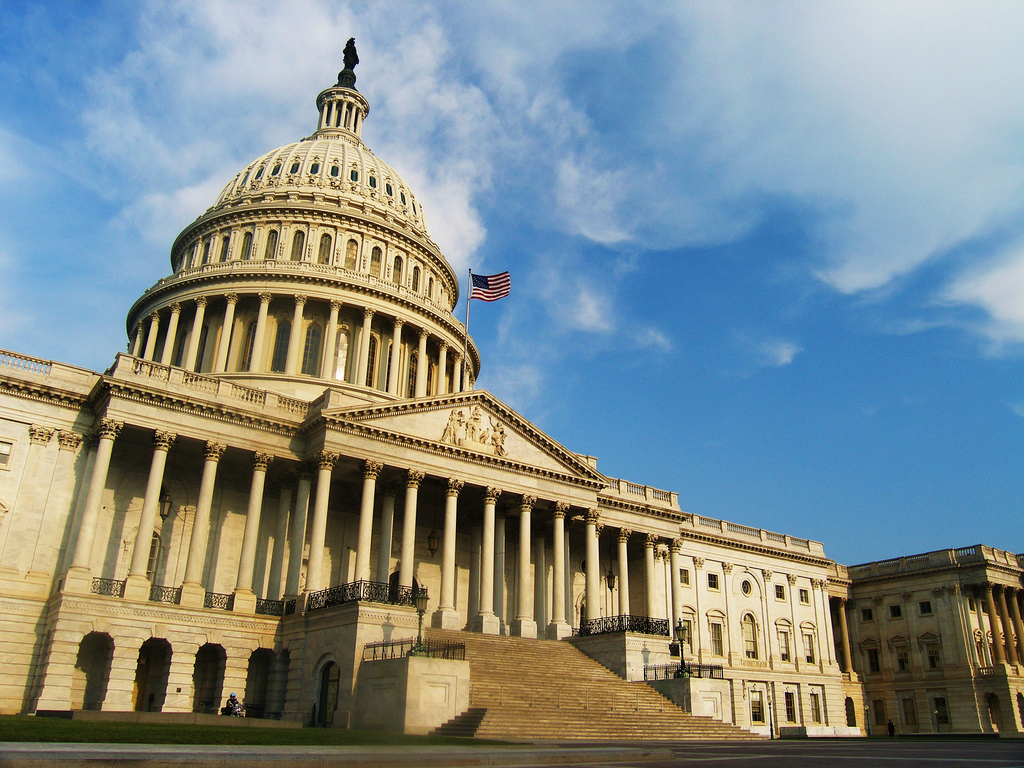 When I left the State Department almost three years ago, I was deeply grateful to be able to return to a tenured position at an idyllic university. I imagined possibly coming back to Washington in a future administration, after my sons had left the house. But as I made clear in an article I wrote for The Atlantic last year, “Why Women Still Can’t Have It All,” I was thrilled to be home with them in the remaining time that we are all, at least theoretically, under one roof. I say theoretically because when we returned from our summer vacation it took both of them—now aged 14 and almost 17—exactly 30 minutes to drop their suitcases, rummage in the refrigerator, and then disappear with their friends.

I wouldn’t have returned to Washington for a big government job; nor would I have left Princeton for another university. The singular appeal of my new job as president and CEO of the New America Foundation, an independent think tank and solutions platform, is the chance to inhabit that crucial space between academic research and applied policy, the transmission belt that moves ideas to action.

That transmission belt is frayed these days, at least with regard to connecting thinkers beyond the Beltway with doers inside it. The worlds of the university and of government are growing further and further apart. In international relations, for instance, leading professors of politics used to move in and out of government four decades ago far more than they do today. McGeorge Bundy and Henry Kissinger were Harvard professors, Walt Rostow and Zbigniew Brzezinski came from Columbia, George Shultz from the University of Chicago, and the list goes on.

Great American research universities, however, still host the best thinkers and researchers from around the world. Many of these scholars have plenty to say about the most important problems facing our nation, and my hope is that institutions like New America can create a bridge between scholars and politicians.

New America is dedicated to the proposition that the United States (like other successful countries) periodically reinvents itself, largely in response to new technologies that then create new economic and social conditions.

Fifty years ago, Martin Luther King stood on the steps of the Lincoln Memorial and told his fellow marchers that they had “come to our nation’s capital to cash a check. When the architects of our republic wrote the magnificent words of the Constitution and the Declaration of Independence, they were signing a promissory note to which every American was to fall heir.”

A century earlier, Abraham Lincoln offered his own description of that same dynamic in a speech in Springfield, Illinois attacking the Dred Scott decision. He acknowledged that when the Founders declared “that all men are created equal” they were clearly not describing their own reality; many were slaveholders. Still,

They meant to set up a standard maxim for free society which should be familiar to all: constantly looked to, constantly labored for, and even though never perfectly attained, constantly approximated and thereby constantly spreading and deepening its influence and augmenting the happiness and value of life to all people, of all colors, everywhere.

In my 2007 book The Idea that Is America: Keeping Faith with Our Values in a Dangerous World, I cited this passage and argued that our history is a continual “process of trying to live up to our ideals, falling short, succeeding in some places, and trying again in others.”

We are today desperately in need of the next American renewal. It will require sweeping reform of our political system as well as major social and economic reforms, rejecting our current partisan divide and creating new political coalitions.

My personal vision is of a renewed America that cares—both about and for its people. We are a nation that embraces and thrives on competition. We live by the maxim that if everyone pursues their own self-interest, striving to beat out competitors to get to the top, society as a whole will benefit.

Competition has its place. But we have lost sight of the care paradigm, its necessary complement. As Bill Gates has put it, “the two great forces of human nature are self-interest and caring for others.”

The care paradigm starts from the premise that human beings cannot survive alone. Our progress as a race flows from our identity as social animals, connected to one another through ties of love, kinship, and clanship. Success should be defined not as individual victory but as group progress, whether the group is family, clan, community, company, or any particular subdivision of society. The individual does not disappear; the progress of the group advances the individual as well. All members of the group also have the security of knowing that when they are young or old, ill or weak, they will be cared for in their turn. Caring, thus, is part and parcel of building community.

An America that placed an equal emphasis on care and competition would be a very different place. We would invest in a national infrastructure of care in the same way that we invest in the infrastructure of capitalism. We’d institute high-quality and affordable childcare and eldercare facilities; higher wages and training for paid caregivers; support structures to allow elders to live at home longer; paid family and medical leave for women and men; flexible work arrangements and career life cycles to give breadwinners who are also caregivers equal opportunity to advance over the course of their careers; financial and social support for single parents; higher wages and far greater social esteem for the “caring” professions. We’d build a social infrastructure that allows people to care for one another in the same way we provide the basic physical infrastructure that allows them to compete.

All this talk of an America that cares is not pining for Neverland, but is a call to recommit to a communal strand in our history and in our civic mythology. Frontier stories of barn-raisings and quilting bees are just as celebrated as Wild West shoot-outs between the sheriff and the outlaw. Alexis de Tocqueville commented less on our rugged individualism than on our remarkable social capital: on the civic associations we created for every purpose imaginable, on our “habits of the heart.”

That same social capital and cohesion, as Robert Putnam has shown empirically, is also the foundation of successful democracy. It is also the indispensable precondition achieving our founding credo of equality.

I would go further, however, and argue that our founding credo—“all men are created equal”—must mean providing equal opportunity for caregivers as much as for breadwinners. Thirty years ago psychologist Carol Gilligan studied adolescent girls and identified an “ethic of care,” a dimension of human nature every bit as elemental as an “ethic of justice.” Because children rely on adults for survival, she realized, we’re biologically wired to worry about justice and care—and all our relations have the potential for oppression and for abandonment.

This means that not being cared for is just as much a marker of inequality as being discriminated against. Both conditions are ways that those with power can enforce inequality against those without power—the young, the old, the sick, the disabled, the different, the structurally disadvantaged.

I imagine a new America in which citizens recognize that providers of physical, intellectual, emotional, and spiritual care are as indispensable to our society and our economy as providers of income. If we truly valued breadwinning and caregiving equally, as equal components of the American promise of equal opportunity, then we would value male caregivers as much as we have come to value female breadwinners and every combination in between. But we would also recognize that single parents, who must be sole breadwinner and caregiver for families that often include elder relatives as well as children, need special help and support. We would embrace marriage for everyone and support policies that would strengthen long-term commitments among family members, however they might be constructed.

Even as we strive for equality in this next era of American renewal, we must redefine and reprioritize the pursuit of happiness, the most idiosyncratic of America’s founding values. Happiness can certainly be achieved through individual achievement, winning the competition. But it is equally reached through a web of strong and fulfilling relationships, the warp and woof of connectedness and care.

Elevating care alongside competition as an equally important American value and tradition would have implications for our foreign as well as our domestic policy. It would underpin a new era of U.S. leadership in an increasingly fragmented global order, affecting where and how we work with other nations on issues of water, food, climate, poverty, and ending the violence that rips apart everyday lives.

Today we are in the midst of a technological revolution that creates extraordinary opportunities for care as well as competition. (Think, for instance, of what driverless cars will mean for the elderly; imagine how communities could rebuild themselves if they had access to free broadband communication.) Washington typically focuses on policy regulating technology, a huge and ever more important subject, but working in the entrenched pathways of policy and politics means that its denizens may not see the new vistas technology opens for policy.

Happy dreams, perhaps. But surely that is the prerogative of an institution named New America.