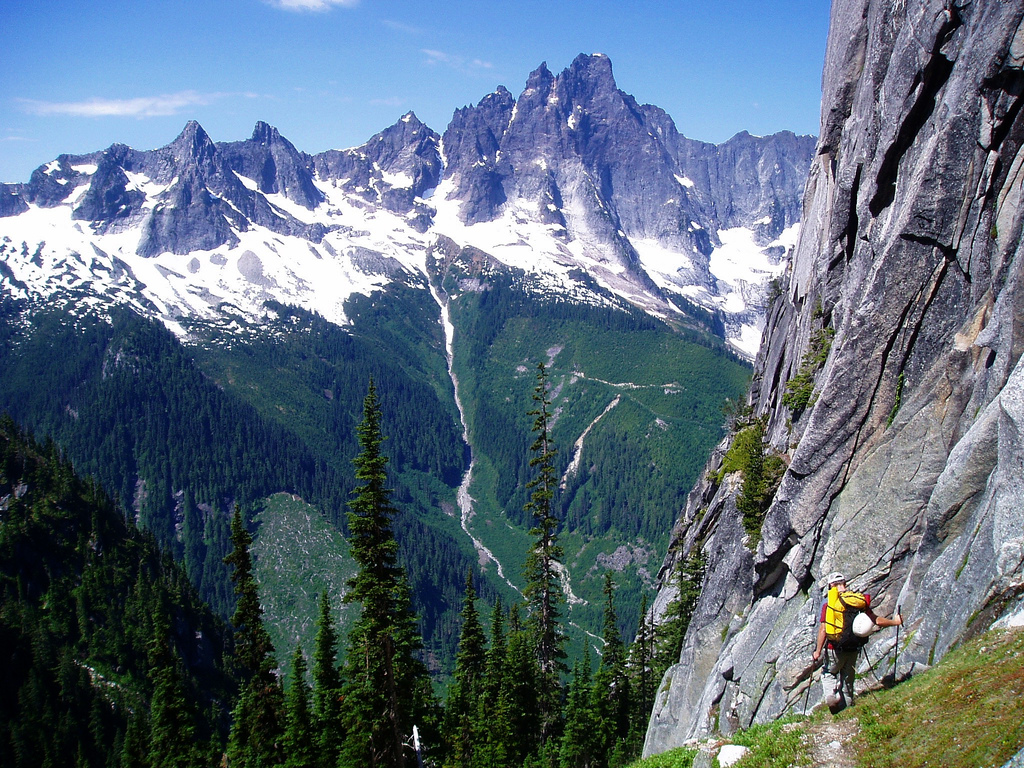 As the leader of the Sierra Club’s Mission Outdoors program, I’m often asked if there are more outdoor recreation deaths today than there were in the past—or if it only seems that way.

It’s a fair question, if you experience the outdoors mainly through media reports. So far, 2013 has seemed full of stories of outdoors death and destruction, from shark attacks on both coasts to hiking tragedies. But my gut answer—as someone who has been hiking since I was a kid and climbing and leading people in the outdoors the past four years—is that there’s no trend of tragedy. Other than word of the occasional heart attack or a death in a high-end mountaineering expedition, I don’t hear much about the deaths of people in the outdoors.

Recently, I checked the numbers, and found that even my skeptical take might be overstating the nature of the problem. You are more likely to be killed in this country while driving to the gym for a workout than you are while going for a walk or hike in a park. Even if you throw in accidents in high-risk pursuits such as rock climbing, skiing, and backcountry travel, the outdoors is still a far safer place to be than a paved road.

Recreation deaths, and even accidents, are so minor that the Center for Disease Control, which tracks all kinds of deaths, doesn’t even have a category for the outdoors. In the only CDC study commissioned on injuries related to outdoor recreation, covering a time frame from 2004 to 2005, common sense in planning and preparation was shown to prevent most outdoor accidents.

The study tallied 213,000 reported non-fatal injuries. Fifty-one percent of injuries were reported by people ages 10 to 24, with 27 percent of all injuries resulting in a fracture of some sort. Roughly 13,000 participants suffered a traumatic brain injury of some kind. Thirty-six percent of all accidents occurred while snowboarding or sledding, with only 6 percent related to hiking.

Those numbers may seem high to you. But in 2004 and 2005, according to the National Park Service, more than 80 million people visited western national parks, and hundreds millions more visited parks east of the Mississippi—not to mention the number of people who visited other public lands managed by the Department of Interior, United States Forest Service, or United States Army Corps of Engineers, as well as state, county, and municipal parks.

Or compare the numbers to the CDC-reported 783,024 people who died in 2005 from heart disease or lower respiratory issues—conditions that physical exercise, perhaps outdoors, can help mitigate. Or to the 42,636 people who died in automobile accidents that same year.

The real tragedy is that the value and joy of the outdoors—and the mental and physical health benefits the outdoors can provide—are often obscured by all the media drama about risks. Indeed, it may be the rarity of outdoor recreation deaths that make them news flashpoints, or perhaps it’s simply the media’s distance from the outdoors: Few mainstream outlets routinely report on the outdoors, good or bad. (There are a few notable exceptions that encourage all people to get outside and explore.) But nature, like all things—even Kardashians—grabs the headlines at its most sensational.

So when you read about the outdoors, the story is about something like last spring’s incident, in which a high school senior died when she fell off a series of cliffs leading to a remote waterfall in the Angeles National Forest. This area, which is inaccessible by authorized path or trail, has created so many problems that the Los Angeles County Sheriff’s Department created a public service announcement to convince hikers not to head there.

That’s a story. So is a similar Los Angeles Times piece headlined “Rescued hiker talks about ordeal,” about two young people in Orange County’s Trabuco Canyon who were rescued after trekking out with only one water bottle, no flashlight, no map, no plan for what to do when night fell, and in the case of one hiker, no shirt.

Or, take the case of a woman in France, whose body was eaten by vultures. She’d taken an off-trail shortcut through the mountains, leaving her hiking party behind in an attempt to reach her destination faster. She fell off a cliff.

These dramatic incidents are not only tragic; they’re also avoidable. It is not the outdoors that creates the risk. It’s the people who went outside unprepared.

Does this mean we should always stay on paths and in-bounds? Of course not. After all, no great adventurer could have sailed to distant shores or climbed inspiring peaks without breaking a few rules. The risk inherent in all outdoor activities is part of the joy for many people, and may play a powerful motivational role in the decisions of adventurers who make headlines. However, skill, preparation, and the consequences of failure all need to be taken into account when you set off for a hike, take a shortcut, or leap to the next rock.

The real challenge is not to make the outdoors safer—rocks will always be hard, cactuses pointy, and weather unpredictable. Rather, it’s to increase dramatically the number of prepared, passionate people who are getting outside, bringing out new people to explore the majesty of our country, and in the process leading healthier, happier, and even less stressful lives.