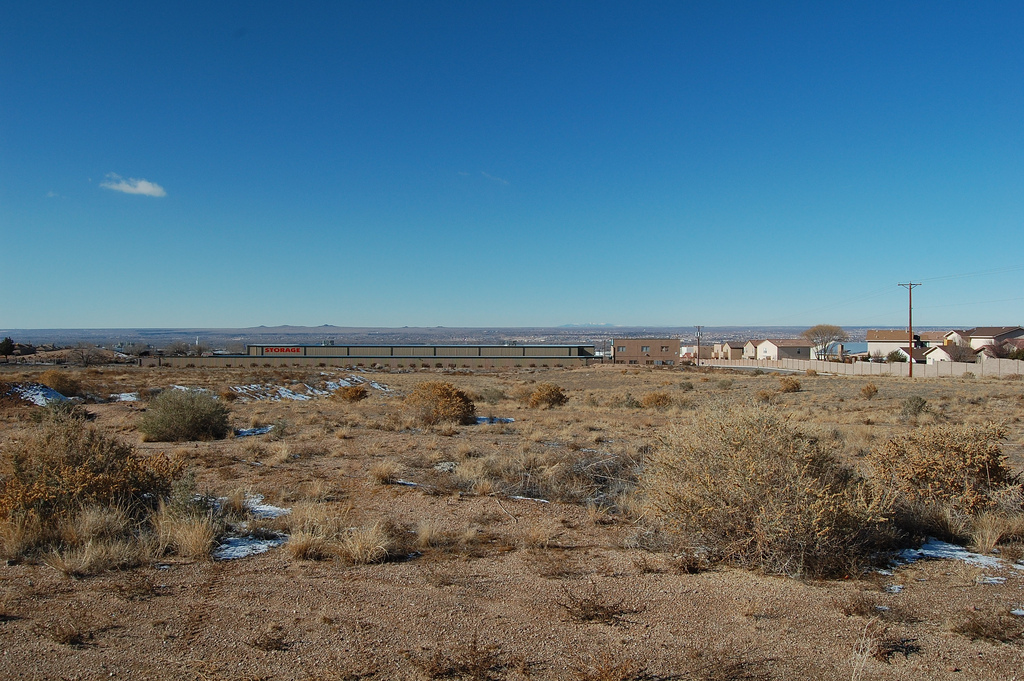 When I tell people that I’m from Albuquerque, they usually tell me that’s where Breaking Bad is filmed.

Breaking Bad has given me a way to explain Albuquerque without saying a word. When I’m asked if that is what the place is really like, all I have to do is nod yes.

Albuquerque is a place where you can buy heroin and a Harry Winston diamond on the same corner. We struggle with drug epidemics, extreme drought, hunger (one in four children suffer from what is now called food insecurity), drunk driving, gun violence (our gun-death rate is 40 percent higher than the national average), and a corrupt police force. Nearly 20 percent of the population lives below the poverty line, and the crime rate is 53 percent higher than the national average. Albuquerque is a town plagued by mediocrity—a drying river, a losing football team (the University of New Mexico Lobos), a dearth of ambition. But it also gets under your skin and into your blood, like a drug you won’t forget and can’t explain. It will always be my home, even if I am far away.

At the core of Breaking Bad is family. It is what impels the show’s lead character, the cancer-stricken Walter White, to parlay his knowledge of chemistry into meth production. He wants to ensure the well-being of his wife and children after his death. No sin too great, no hell too deep. This faithfulness to family is the lifeblood of Albuquerque. Everything that lives in the desert has had to fight to stay alive, and survival requires banding together.

Everyone seems to know everyone here. Unlike California or the East Coast, with their large cities and even larger metropolitan areas, New Mexico has only Albuquerque, population 552,000. It’s isolated. Reaching any town of similar size means at least four hours of highway driving. There are two independent natural food stores in the city, so if you are among the set that shops there, you’ll meet everybody in that demographic. Same goes for those who favor honkytonks or feed stores.

Because this town is small, because it has an on-again, off-again relationship with the law—a legacy of its Wild West days, when New Mexico was the home of Billy the Kid—you encounter people from all walks of life who have made a lot of risky decisions. Going to college, I didn’t experience much new in the way of vice. Back home, sex, alcohol, and weed began in middle school. By freshman year of high school, coke at parties was commonplace. When the club-music craze took over, the drugs ecstasy and molly were widespread. Off and on, people got into heroin. You didn’t have to go looking for this stuff. It just sort of showed up in front of you on a Wednesday morning, and you had to make the call, right then and there.

I often cited my status as a competitive runner as a reason not to partake in one drug or another. But the rebuttal was always, “What? You think you’re that good? Look at Michael Phelps. He smokes weed, and you’re never going to be that good, so why take yourself so seriously?”

That attitude—one embodied by the Breaking Bad character of Jesse Pinkman (the troubled former student and younger business partner of Walter White) and his malingering friends—is common. Who are you to think that you can really do something in this world? At the end of the day, all you have—and all you really need—are your friends and family and a little cash for some Bud Light, so why try to reach for anything else? In a place like Boston or Chicago, there is a tangible and prominent upper echelon to which to aspire. Not so in Albuquerque.

You can get away with a lot in this town. You might see anti-drunk-driving campaigns all over the city but then read about an elected official getting caught for yet another DWI. And when lawmakers don’t have to follow the rules, the rest of us aren’t inclined to follow them either. In high school, it was standard to go to a party, get wasted, stop drinking around 12, have some quesadillas to “sober up,” and then rush home in a car to make curfew. Most people never got caught. We were smart kids, but we still did this sort of thing. Why? Because we could.

Without authorities to provide order, you’re left to rely on your internal sense of right and wrong. And when that sense goes awry, you can go to astonishing extremes that have a surprisingly long run, like Walter White, the teacher-turned-meth-lord.

To be best known for your worst flaws is never ideal, but Albuquerque has embraced Breaking Bad as a redeemer. Businesses proudly display “Breaking Bad Filmed Here!” signs and offer tours of the houses and labs used during filming. That’s how hungry we are for acknowledgement. Albuquerque is breaking. It always has been, and likely always will be. But that’s what I like about it. It makes everything whole—everything unbroken—seem more precious.