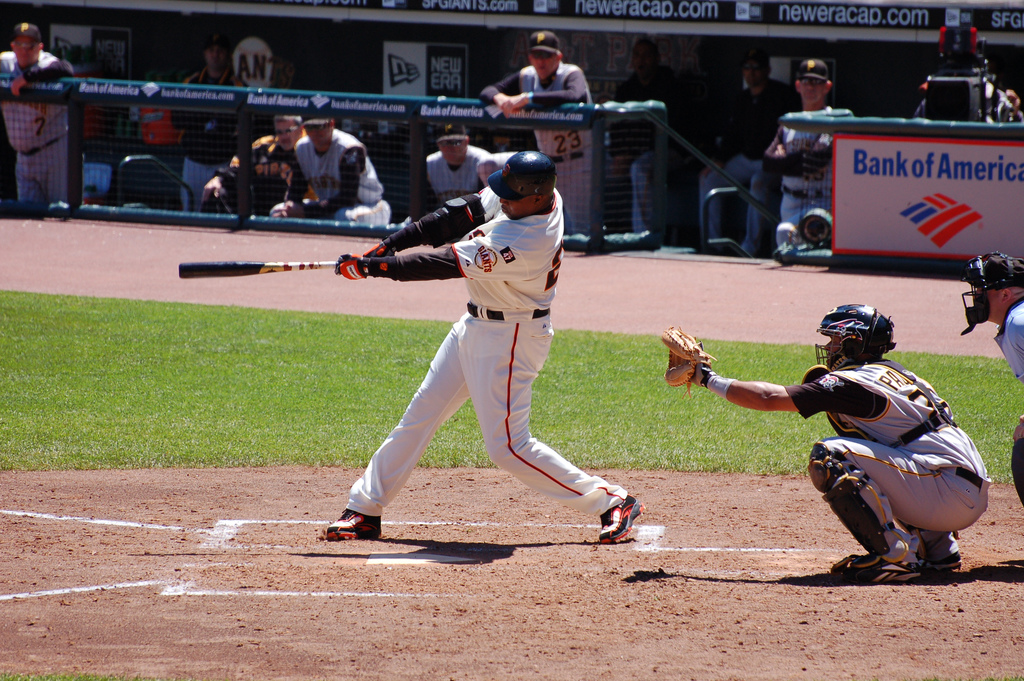 One of the most memorable conversations of my adult life started with me saying something like: “What difference does it make if Barry Bonds used steroids? If everyone else does it, isn’t it just part of the game—like lifting weights and spring training?”

The look that crossed the face of the 16-year-old who would soon become my stepson said it all: “I had no idea a grown woman—or anyone, really—could be so stupid.”

But his reply was a deep breath followed by a patient and methodical 45-minute multimedia presentation on baseball stars and performance-enhancing drugs: “Here is what Barry Bonds looked like in 1991. Here he is in 1997. Here are Mark McGwire’s stats before. And after. David Justice. Sammy Sosa. Roger Clemens. Look at them.”

“OK, OK,” I said. “But, really, what harm can a few bovine growth hormones—or whatever they are—do to a game that is so dull? Don’t they actually spice things up a little?”

And on from there it went. Me, clumsily insulting everything holy about America’s pastime. Him, explaining what’s exciting about a game that ends up 3-2 after five hours and 14 innings. It was the first extended conversation I had had with a teenage boy since I was a teenage girl.

But I was also a bit of a ringer. Despite the closet full of shoes and the pie in the oven, I love—and I mean love—college football. I know I shouldn’t. I know that football can exploit young men and is a major cause of brain damage. I wouldn’t let my son—if I had one—play the game. But I can’t help myself. I love it. I love the mumbling coaches and the trick plays, the runaway punt returns and the crack of helmets. I love the crisp air and the first time each fall I get to wear my heavy coat under the lights at Autzen Stadium, home of the currently number-two-ranked Oregon Ducks. I love both the racing against and the running down of the clock.

But everything I love about football just made me impatient with baseball. Why is there no timekeeper? Why do the coaches have to stand on the field and tell people when to run? Why—for the love of God—does the defense control the ball?

But this skepticism—and the gridiron bravado behind it—was enough to build a bridge between a shy boy and a high-strung woman. It created an avenue for conversation and comparison, for ribbing and bets and play-by-play analysis. For Facebook messages and late-night highlight videos. For settling in side-by-side to watch the Home Run Derby. For asking question upon question about why you can run on a dropped third strike and what kind of game allows teams to trade players in the middle of the season.

Over the past five years, I’ve learned a lot. I’ve learned about why New York Yankees pitcher Mariano Rivera is “the best closer the game has ever known” and that the American League allows for designated hitters but the National League does not. I’ve been to Safeco Field in Seattle and Comerica Park in Detroit. I’ve seen the Washington Nationals and the Florida Marlins and the Toronto Blue Jays. I’ve sat, stunned, as 37,000 Bostonians booed cancer survivor (and their own starting pitcher) Jon Lester after he gave up 11 runs in four innings, but still I teared up when Neil Diamond appeared unexpectedly at Fenway Park the weekend after the Boston Marathon bombing to sing “Sweet Caroline,” which has become a Red Sox anthem. I’ve picked a team to follow—the Washington Nationals, or as I’ve learned to call them, the Nats—and I often peek at the box scores in the morning. I love the superstitions and the grudge matches and the crazy traditions. I even wake up on a certain Tuesday in July looking forward to the All-Star Game.

I still find it hard to throw my whole self into a game where fans boo their own players and the top stars fail to hit the ball two-thirds of the time. But I am no longer immune to the game’s charms, and that conversation that started nearly five years ago is still going on. Not the conversation about steroids. That one petered out by the end of that first night. But the one about baseball. The one about why the Seattle Mariners traded their beloved Japanese star Ichiro to the Yankees, the one about why a sport that’s as slow as the lower Mississippi can still leave you gasping, the one about the game that can give the unlikeliest pairs something real—and something lasting—to talk about.

Like the text I just received from Fenway Park: “Bottom of the 6th. Stream Boston sports radio if you can. And don’t utter a certain two-word phrase.” But maybe saying even that much jinxed Red Sox pitcher John Lackey. Moments later, the Baltimore Orioles’ Adam Jones hit a monster home run over the left field wall, and there went Lackey’s perfect game. But I knew what was at stake, and my heart leapt to my throat.